There were many quips I heard my parents rattle off in response to the trouble I got myself into, but one of them recently came back to haunt me. And, now having kids of my own, I find myself saying it as well. “What you don’t know won’t hurt you.” There it is. Blissful ignorance. A chance to be totally clueless and it be acceptable to most of those around you… especially if they have kids, too.

But, in the context of my profession, admitting to this is a bit more serious. Have you ever stopped to think about what you don’t know and what a difference it would make in your daily activities? I do, and it is an obsession without a doubt. I cannot stand the thought of “not knowing.” I cannot read, listen or watch enough to satisfy my desire to be on the edge. Nevertheless, I am resigned to the reality that even if I stop sleeping the four hours I have allotted for this mindless necessity, I would never be able to reach my goal. But, just when I thought my efforts were inadequate, something happened to help me regain my grip on reality. It went like this.

A client, referred to me by the local fire department, called to discuss a situation with storage configurations and existing buildings. As we conversed, it became apparent that the reason the fire department referred him was because of what he wanted to store and how he wanted to store it. And, it was not black and white in “the book.” Beyond the details of it all, this client sold mattresses and the warehouse he was considering was as old as the city it was in. And, while it was sprinklered, there was obvious doubt that it would be capable of protecting such a commodity at the typically perceived classification.

We did some historical investigation regarding testing and past events involving furniture and/or mattresses specifically. We discovered that there had been some testing with furniture, which included foam cushions and the like, but nothing that involved just plain racks of mattresses. So, with the cooperation of the local fire department and several of the companies involved with manufacturing and selling mattresses we set out to get some testing done. With the help of Kerry Bell at Underwriters Laboratories and James Golinveaux at Tyco Fire Products, a testing program was developed that we felt would produce the most information possible given the budget.

This is where it gets interesting. As I researched the manufacturing of mattresses and the materials used, I quickly learned that these mattresses are tested for a listing that limits the surface materials’ combustibility and flame spread. Once learning this, the testing program began to take shape and assumptions began to be made that would ultimately turn out to be the “what I don’t know” part. You see, a mattress comes off the manufacturing line, is put in a heavy protective plastic sleeve and then put into a cardboard box for shipping. So, we essentially have a combination of foam (expanded plastic), and mixture of plastics encased within a fabric material that is listed for flame spread inside of a plastic sleeve inside of a cardboard box. The question is in order to minimize the hazard thus the water demand needed to protect it, what is the best way to store it? Inside or outside of the box? Flat or on end? Rack or no rack? Mattress material has some retardant properties to it. Based on that fact, we came to the following initial assumptions. If stored on end, or in the vertical position within the rack, it would be conceivable that if the mattress is left within the cardboard box a fire would have more opportunity to seat itself. As a result, it could burn long enough at the point of ignition such that it would penetrate into the mattress itself, which would then burn at a much higher rate, accelerating well past the ability of an overhead sprinkler system to control. So, our conclusion was to eliminate the box, which would give us a mattress with fire retardant surface material inside of a heavy plastic sleeve stored on end in a double row rack with several other pieces in the same orientation. (See Figure 1.)

What happened next was the “won’t hurt me” part. The day of the test comes and we all converged at the testing lab to watch history in the making. Or so I thought. After a short meeting in which the three of us concluded what type of sprinkler will be used and the time at which the water will be turned on, we proceed with the test. Among the guests invited to watch were the representatives from the UL group involved with the testing of the mattress material itself.

Again, our hypothesis was: without the box, the plastic will burn off quick whereby the fire will not have a chance to seat due to the retarded surface material being used. Using four (4) K-19 extended coverage CMSA sprinklers with an average density of 0.49 gpm/ft2; simulating the early actual delivered density of an otherwise 2,000 ft2 remote area, we concluded that adequate control would be provided. The photograph in Figures 2 illustrates results before and during the tests. Not only did the plastic sleeve not burn off as quickly as we thought, but the retardant material was of no value either. And the sprinklers?  Well, other than the water on the floor, there was no evidence that they were a part of the test. Everything we thought would happen did not. Apparently, we set a record for the hottest, fastest fire recorded inside that test lab. The fire peaked at 25 megawatts. (For those not familiar with these units, let’s just say it was 15 units higher than the hood we were testing under is rated for and the boss was not happy.)

For me, it appeared to be a complete failure. Something I was not prepared for at all. Having two of the industry’s best sprinkler minds agree that this scenario should put us close was all the encouragement I needed to believe we might be on to something. Finally, we could have some clear guidance on how to do deal with these kinds of commodities and storage configurations. Surely we would have expected some level of success. As we sat and discussed the aftermath, James said something to me that has become a mantra in my daily pursuits. He said, “Steven, after years of testing storage configurations I have come to realize that every test is a success. Today we were successful in learning what will not work. We have set a mark to which we can move forward from knowing that it has to be something better than this.”

In other words, we can learn something from every test, even if it is not what to do. This was not the first time and certainly would not be the last. But today, we have a much better idea of how to deal with mattress storage thanks to my failed hypothesis. What I did not know did hurt me, and it could have hurt others as well. If I had allowed my expectation of the sprinkler needs based on years of striving to KNOW fire and sprinklers performance (often called engineering judgment) to be the sole driver of my advice to my clients, it would have been a disaster. So, just when I start letting myself think that I am on the edge of knowing, I look at this picture, which I have framed on my desk, to remind me, do not ever stop in your quest for knowledge. Learn from everything you do. Ignorance is not bliss, it is just plain ignorance.

By the way, as far as mattress storage is concerned. My recommendation: leave them in the box and store them flat, in piles on the floor, or if in racks, install in-rack sprinklers and store no higher than three (3) levels high. Indications are that the fire would have burned slower, at least in its initial stages, with the boxes, giving the sprinklers a better chance at pre-wetting the fuel load whereby the fire growth would have been slowed and eventually controlled.

ABOUT THE AUTHOR: Steven Scandaliato is executive principal and managing director at SDG, LLC. He has over 32 years’ experience in fire protection engineering, design and project management covering all types of fire protection and life safety systems. He serves on the Technical Advisory Committee for AFSA and represents AFSA as a member of the NFPA 13, 101 and 5000 committees. Scandaliato is published in several periodicals including articles for the NFPA Journal, Fire Marshals Quarterly and American Society of Plumbing Engineers. He is also a contributing author to the text published by NFPA/SFPE titled “A Designers Guide to Automatic Sprinkler Systems.” He is a member of NFPA, SFPE and AFSA. 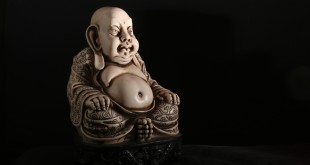 According to my research on quotations, the phrase “A journey of 1,000 miles begins with …