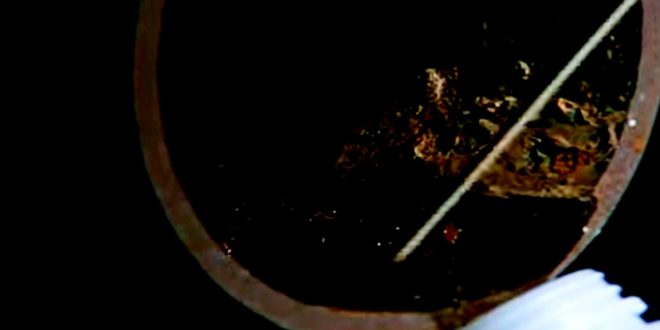 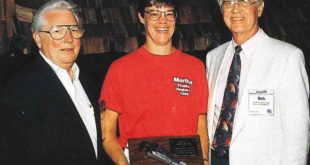 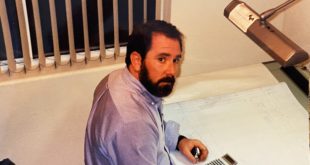 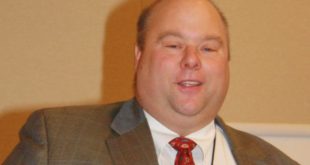 In water-based fire protection systems, there’s one consistent factor… water. The sprinkler industry has long had a love/hate relationship with water. The whole concept around what we do is based on getting the right amount of water to the right place at the right time. But when water is in the wrong place, or even when it’s not, sometimes the water we depend on to make our systems function can be the source of problems. One of the biggest problems? Corrosion.

Water inside the sprinkler system comes from several different sources. In a wet-pipe sprinkler system, we expect to see water. As a matter of fact, it would be better if the entire system was filled with water but that’s rarely the case due to trapped air. In a dry pipe or preaction sprinkler system, we don’t often think of there being much water downstream of the valve, but unfortunately, that’s not the case either. Water can remain behind after testing, either coming from condensation caused by changing temperatures, improperly drained or pitched piping system, or entering the system via the compressed air used to maintain required air pressure.

By now, we’re all familiar with the three elements needed for corrosion to take place, which are water, oxygen, and iron. And we know that the conditions inside a sprinkler system are the perfect environment for the three of these to come together. Remove one of these elements, and the corrosion slows to near nothing. In a wet-pipe sprinkler system, with the pipe system completely filled with water, there’s little oxygen to support the corrosion process unless we keep putting new water in. We use nitrogen in dry and preaction sprinkler systems to replace the oxygen and help dry the piping system. But, in dry pipe sprinkler systems without nitrogen, and where water is present, we can expect to see corrosion problems sooner rather than later. So, what are the first steps needed towards mitigating or preventing those problems? Testing and evaluation.

The concept of evaluating the water supply for conditions that contribute to microbiologically influenced corrosion (MIC) has been in NFPA 13, Standard for the Installation of Sprinkler Systems, since the 2002 edition. Since we first learned about the negative effects of certain bacteria in sprinkler systems, the issue of MIC and its effects on sprinkler systems has been studied in great detail. We know that most corrosion is generalized and oxygen-based, but MIC still plays a role in 10 to 20 percent of cases and where it does occur, its effects can be devastating.

The annex language associated with this NFPA 13 requirement states that the intent is not necessarily to require a laboratory analysis of the water supply, but does require a knowledge of long-term conditions of sprinkler systems in a similar environment. Finding someone with that knowledge is often difficult. When that’s the case, having the water supply evaluated by a qualified laboratory is a good option.

As we learn more and more about the types of corrosion found inside sprinkler systems, additional requirements for water supply evaluation have changed. NFPA 13 began requiring water supplies be evaluated for corrosive properties with the 2007 edition. Like with evaluating for MIC, this requirement doesn’t necessarily trigger a laboratory analysis. However, with the low cost and easy access to these tests and results, this is often the simplest and most accurate choice. In the 2019 edition of NFPA 13, section 4.2 requires the owner(s) of a building or structure where the sprinkler system is going to be installed or their authorized agent provide the water supply information required by section 5.2.2. Any special knowledge of the water supply, including known environmental conditions that might be responsible for corrosion, including MIC must be reported to the designer of the sprinkler system as well. The Owner’s Certificate, figure A.27.1(B), must be completed, signed, and be included in the submittal process to the Authority Having Jurisdiction (AHJ). These requirements should be met by the owner (not the contractor) as required by NFPA 13

NFPA 13 has addressed the evaluation of the water supply itself, but what about the properties of the water inside existing systems? The ongoing inspection, testing, and maintenance of these systems are governed by NFPA 25, Standard for the Inspection, Testing, and Maintenance of Water-Based Fire Protection Systems. Since it was first developed and published as the 1992 edition, NFPA 25 has recognized the risk that corrosion, specifically as it relates to obstructions, can pose. In the 1992 edition, the standard listed “heavy discoloration of water during drain tests” as one of the triggers for an obstruction investigation.

As NFPA 25 has evolved over the years, the requirements for a frequency-based internal inspection (every five years) have made their way into the standard. Those requirements initially contained prescriptive language for physically opening the pipe and looking inside. More recent editions of NFPA 25 have seen those prescriptive requirements change to more conceptual in nature, now calling for an “assessment of internal condition.” The prescriptive rules can now be found as annex guidance. One of the means of compliance listed in the annex is a laboratory analysis of water samples taken from the system.

Collecting water supply samples for a new system is a fairly straightforward process. There are numerous readily available sources from which water can be removed, such as fire hydrants. Once a sample of the source water has been collected, the sample need to get to the lab in a timely fashion to ensure accurate results. This time frame is usually within about 72 hours.

Collecting water from inside an existing system can be more challenging. The inspector’s test is the most common location for collecting the sample but may not be the best representation of the conditions found throughout. This is especially true when the inspector’s test is near the riser. The closer the sample water is to the source, the more likely you are testing the water supply rather than the water found inside the system. Collecting samples from areas of slime found during maintenance is also strongly recommended.

Timing is also important. It’s common for samples to be taken immediately after the system has been flushed. But, like with samples taken from too near the water source, this water may not be a good representation of the actual conditions inside the system. It’s best to take the samples before the flushing procedure begins.

After the samples have been analyzed, the lab will provide a report which indicates the types of corrosion and bacteria present (if any), and the severity of the problem. Once corrosion has been identified, the next steps are the most critical. Corrosion occurring inside the system is not going to go away on its own.

For wet pipe systems, its important to remove as much air as possible. This is accomplished through the use of vents. The key is identifying the areas of trapped air and proving venting for each. Wet system inserting, or filling the pipe with nitrogen before filling with water, is also an excellent option. This replaces the trapped air pockets with trapped nitrogen thereby reducing or even stopping the corrosion process.

Nitrogen is the preferred option for dry or preaction sprinkler systems with corrosion found during water testing. Replacing the oxygen-rich air inside the pipe with an inert gas like nitrogen not only drastically slows the generalized corrosion taking place, but also limits the activity of bacteria inside the system. Replacing the air supply on an existing system with a nitrogen generator will not repair the damage already done but will significantly slow the corrosion process and extend the life of the system.

ABOUT THE AUTHOR: Jason Webb is the director of Industry Affairs for Potter Electric Signal. Since retiring from a 25-year fire service career in a suburban Kansas City, Missouri, Fire Department, he has spent the past seven years working on behalf of the fire sprinkler industry in various roles. He is a member of NFPA 13, 72, and 241 technical committees, is active in AFSA, FSSA, ICC, NFSA, and SFPE, and serves on the board of directors of the Automatic Fire Alarm Association (AFAA). 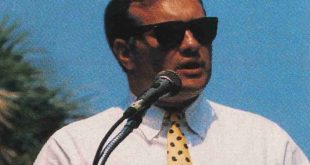 On this page, you will see a picture of myself from back in 1990 when …