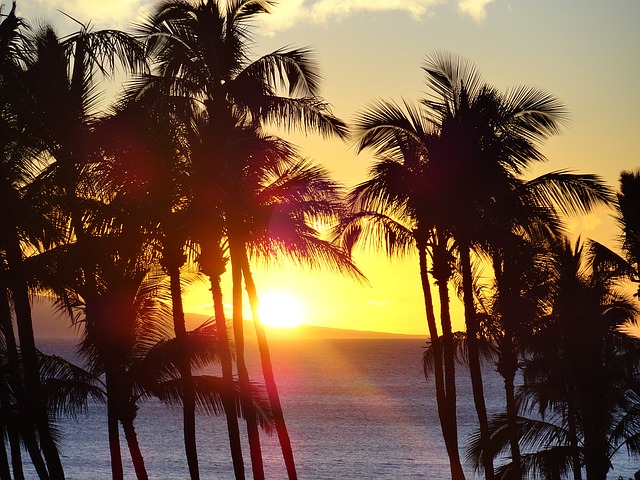 State Fire Council Fights the BIA to Protect its Residents

Since the mid ‘70s, fire sprinklers have been required in large capacity public and commercial occupancies by national building codes. Retroactive compliance to new codes requiring sprinklers is not normally applied, unless a state or local regulation was enacted or an incentive is provided. The MGM Grand and Las Vegas Hilton fires in Las Vegas in 1980 and 1981, respectively, prompted the City and County of Honolulu to pass an ordinance requiring sprinkler retrofitting of existing high-rise hotels. The First Interstate Building fire in 2000 in Honolulu, which was a 16-story business building, was the impetus to pass another ordinance to sprinkler retrofit existing high-rise business buildings.1 The Hotel and Motel Fire Safety Act of 1990 required federal government employees to lodge in fire-sprinklered buildings four or more stories high while on official travel.2

Throughout Hawaii’s history, the four counties (Honolulu, Kauai, Maui and the island of Hawaii) independently established their respective building codes, which resulted in different code editions in effect simultaneously. In response to designer, builder, and insurance industry concerns, the 2007 Hawaii State Legislature created the State Building Code Council (SBCC).3 Its primary responsibility was to adopt a consistent suite of the latest national building codes for the state within 18 months of the publication date. Counties were then required to adopt the state codes within two years with their own amendments.

In response to the alarming statistic that eight out of 10 fire deaths occur in the home, national model building codes required residential sprinklers in new one- and two-family dwellings.4 In January 2010, the SBCC formed an investigative committee of interested stakeholders to study residential sprinkler infrastructure, different vertical systems, and costs and benefits for new one- and two-family dwellings. The committee completed its work in June 2013, and a report of its findings was sent to the 2014 Hawaii State Legislature.5 It found that sprinkler design, plans review fees, and special inspections averaged $2,550. The installation costs averaged $4.70 per square foot, which is much higher than the national average of $1.61 per square foot. Water meter costs from each county’s water purveyor varied from $2,300 in the City and County of Honolulu for a 1-in. meter to $26,400 for the County of Kauai. The report also included cost estimates for a tank and pump water supply for areas without municipal water service.

Since that report, Honolulu has allowed a 3/4-in.-meter for a residential sprinkler system, which is the standard for domestic use, so there is no added meter cost. There is a higher cost on the neighbor islands, which is primarily due to the need to increase the diameter size for the standard residential water meter from 5/8 to 3/4 of an inch. Kauai, Hawaii, and Maui counties estimate an increase of $7,000, $9,000, and $12,854, respectively, for the larger meter and $20,089, $22,089, and $25,943, respectively, for sprinkler installation and meter. With the medium-priced Hawaii home at $730,000 in September 2015, this is an increase of a 2.8 percent, 3.0 percent, and 3.6 percent, respectively. Over the duration of a standard 30-year mortgage, these  added costs are relatively small, compared with the life-safety benefit of protecting families from fires in their homes for current and future generations.

The Building Industry Association of Hawaii (BIA) successfully lobbied the 2012 Hawaii State Legislature to pass Act 83,6 which prohibited any county from requiring residential sprinklers in new or existing one- and two-family dwellings, except to meet fire department road access or water supply requirements. The prohibition has a sunset date of July 2017.

The Hawaii State Fire Council (SFC), which is comprised of the four county fire chiefs and is the equivalent of a state fire marshal’s office, has in each year since the passage of Act 83, submitted unsuccessful legislation to repeal this act. In its written testimony7 to House Bill 2243 in the 2016 Hawaii State Legislative Session, which proposed to remove the sunset provision of Act 83, the SFC cited, one of several reasons, that violating individual county authority together with the wide range of county costs, did not serve the public’s best interests and fire fighters’ health and safety. What may be an acceptable level of cost/benefit risk in one county may not be fairly compared to a densely populated county such as Honolulu. The SFC has also supported legislation to provide a tax credit to homeowners who voluntarily install residential sprinklers and require contractors to provide a cost estimate of a sprinkler system to new home buyers. These proposals have not passed.

Act 164 in the 2014 Hawaii State Legislative Session added two members representing the BIA or the General Contractors Association of Hawaii and the Subcontractors’ Association of Hawaii to the SBCC.8 This provided additional building industry representation to the SBCC. The SBCC discussed the residential sprinkler requirement in its review for adoption of the International Residential Code 2012 edition. Although no decision has been finalized, this is the proper venue for debating building safety requirements, equivalences, and cost/benefits.

The SFC continues to spearhead the effort to inform the community and legislators on the benefits of residential sprinklers. It has engaged each county’s building and water officials to explore ways to provide greater affordability or streamline the permitting approval process. The SFC also discussed a proposal to allow property tax credits to homeowners who install sprinklers with the City and County of Honolulu’s Department of Budget and Fiscal Services.

There is no question that sprinklers save lives and protect property and the environment. National and local statistics prove that sprinklers significantly reduce fire deaths and injuries, property damage, and the environmental impact from fires. In communities that have required residential sprinklers for several years, such as Scottsdale, Arizona, and Prince George’s County, Maryland, fire loss reductions are significant. The fire protection strategy for a community relies on a multifaceted approach. It includes fire safety education, smoke detector installation and maintenance, practicing a home evacuation plan, and residential fire sprinklers. Lightweight building material construction and combustible furnishings in today’s modern homes have reduced occupant escape times dramatically. Rarely, if ever, are safety regulations done voluntarily, and sprinklers are no different. Builders, designers, and regulators must provide homes that are safe, sustainable, and use the best practices. Residential fire sprinklers provide a new value and security that other homes do not. Our homes must be a place, not only where we feel safe, but are safe.

ABOUT THE AUTHOR: Lloyd Rogers is administrative specialist with the Hawaii State Fire Council/Honolulu Fire Department. He can be reached via email at lrogers@honolulu.gov.

Previous Victory in Maryland
Next Chairman’s Message: Vibrant and Growing