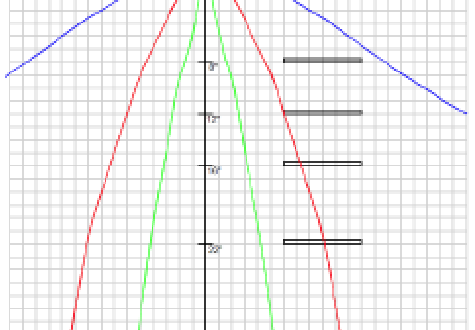 The application of this new technology was met with a degree of caution and conservatism. One such example is the current obstruction rules found in the National Fire Protection Association’s (NFPA) standard, NFPA 13, Standard for the Installation of Sprinklers. While these rules have stood the test of time, many believed they could be overly conservative. This issue is further complicated because there is no fire test data available in public domain to substantiate the requirements.

Fortunately, along came the Fire Protection Research Foundation (FPRF), a division of NFPA, to the rescue. The FPRF, along with a consortium of stake holders, organized a multi-year research project to obtain answers to the ESFR obstruction issue. Scott A. Futrell’s article in the previous edition of Sprinkler Age provided an in-depth look at the research completed to date. This article focuses on the path forward as we begin to plan for the fourth, and likely final phase of the project. Additionally, an overview of the concepts derived from the initial work is provided.

The project goal is to ultimately develop a tool that could be used to provide the reliable analysis of the impact of obstructions on ESFR sprinkler performance. To achieve this goal, Phases 1-3 focused on developing an understanding of the effect various obstruction scenarios have on ESFR sprinkler performance. Eight full-scale and approximately 40 Actual Delivered Density (ADD) tests have been completed to date. 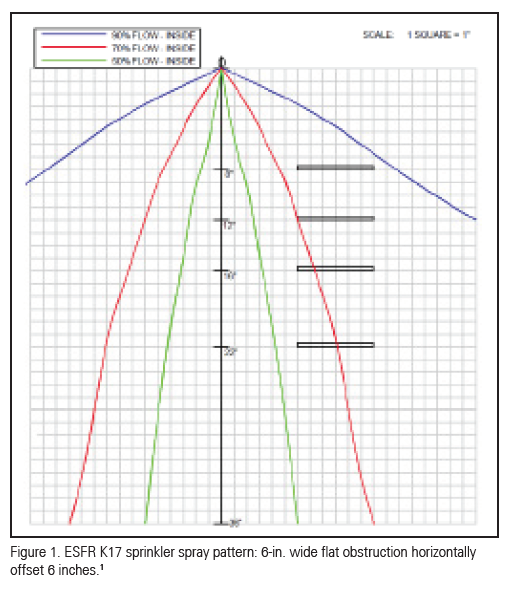 For the final phase, additional ADD and full-scale tests will be conducted. These tests will be used to fill in data gaps for 12-in.-wide obstructions, where only two points were tested, 16 and 20 inches below the sprinkler. Additionally, using the ADD testing to predict sprinkler skipping will be researched. It is thought that visual observation or other methods may allow the use of ADD testing to provide an indication of the potential for sprinkler skipping. The findings of the ADD testing will then be verified in full scale. The magnitude of this testing effort is projected to be 20-30 ADD tests and three to five full-scale tests.

The findings of this research effort will be used as the substantiation for proposed revisions to NFPA 13. The first proposed revision will include the reduction of the present horizontal separation of bar joist to ESFR sprinkler from 12 inches to 6 inches. Also, the location of the bridging members, and similarly sized obstructions, (11/2 x 11/2 inches in size) from 24 inches to 12 inches below the sprinkler. More revisions are anticipated based upon the findings of Phase 4 of the project.

Regarding the development of the tool discussed in the project objective, much thought has been given to this concept. Given this is a three-dimensional problem, the presentation of the tool in a two-dimensional format, such as in a hard copy version of NFPA 13, is challenging. However, it is thought a diagram showing various zones within which will be obstruction restrictions can be created. More work on this concept is underway now.

ABOUT THE AUTHOR: Garner A. Palenske, P.E. is vice president of Jensen Hughes in San Diego, California. He has over 30 years’ experience in a broad range of fire protection engineering disciplines, including fire research, sprinkler design, and code consulting. Palenske is also a member of the NFPA 13 committee.