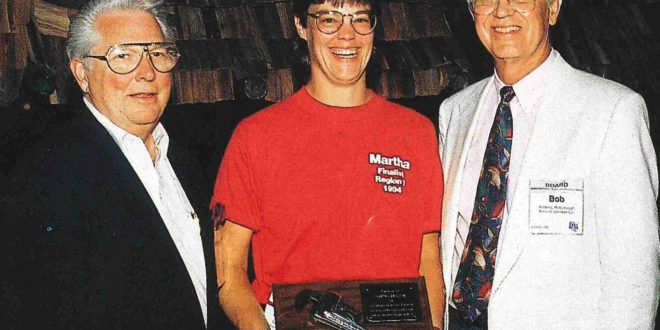 Competition Showcases the “Best of the Best”

History of the Competition

AFSA’s Annual National Apprentice Competition (NAC) was created in 1994 by the late Robert L. (Bob) McCullough, then chair of the Apprenticeship & Education Committee, to promote apprentice training and give recognition to the apprentices who are actively enrolled in the AFSA apprenticeship program. Each year, the competition continues to attract more fire sprinkler apprentices from AFSA local chapters and member training programs from all corners of the United States, bringing them together for the fire sprinkler industry’s foremost showcase of training excellence. Enrolling your apprentices in AFSA’s apprentice training program not only offers excellent education and a fulfilling career but is also the ticket to competing in the AFSA apprentice competition.

The competition consists of two portions: a written test, based on all four levels of AFSA/NCCER Contren® Learning Series Sprinkler Fitter curriculum, followed by a live competition practical in front of a live audience in the AFSA exhibition hall at AFSA40.

When AFSA was formed 40 years ago, its founders had a vision: be the industry leader in fire sprinkler education and training. This competition is a piece of that vision come to life. “AFSA’s National Apprentice Competition is the premier opportunity to highlight knowledge and capability for the fire sprinkler apprentice,” says AFSA Director and Co-Chair of AFSA’s Apprenticeship & Education Committee Rod DiBona, Rapid Fire Protection, Inc., Rapid City, South Dakota, who was a finalist and competitor at AFSA’s 1985 competition, held in Palm Desert, California (see photo at right). “To have one of the top seven scores in the nation is a badge that can be worn with pride for an entire career, both for the individual and the sponsoring company. We are proud to put such an emphasis on the future of our industry and invite all member companies to participate and to encourage all of their apprentices to compete. There is great value in the process, regardless of the result.”

AFSA will once again utilize online testing for Phase I of the two-phase competition. This testing method provides many benefits for those competing. First and foremost, keeping safety and social distancing at the top of mind, the continued offering of digital testing helps AFSA to comply with COVID-19 regulations across the country. Secondly, the system increases the convenience of testing for all apprentices. Apprentices schedule a time during the testing window and test online when and where it is convenient for them. Digital testing continues to streamline the testing process for all involved and allows more apprentices than ever before the opportunity to raise the stakes by participating in the competition.

The NAC offers a little something for everyone, from the excitement that can rock a whole company to the personal victories each apprentice experiences throughout the competition and testing. New apprentices feel the excitement and a healthy sense of competition with their peers at the prospect of winning top prizes and accolades for their companies, and companies benefit by having an extremely well-trained, efficient, and more motivated workforce. Even those who are not participating in the competition have the motivation of seeing hardworking apprentices continue to strive to improve the industry and its reputation for all. The competition has been and remains an important reminder of training and industry excellence that shines throughout the year and is a hallmark of AFSA conventions.

AFSA invites all interested apprentices enrolled in its apprenticeship training program to participate—this year, the winner could be you! Besides an expense-paid trip to San Antonio to compete at AFSA40, each of the top seven national finalists received a commemorative plaque, tools, cash prizes, and a complimentary convention registration for their employer. Winners will be crowned at the Awards Party at Knibbe Ranch, where attendees will enjoy live entertainment, fantastic food, and ranch activities.

The competition may only come once a year, but its legacy and excitement extend far beyond, and this year’s Texas-sized competition will be one for the history books! The deadline to register to compete in this year’s competition is April 30, 2021. To learn more, visit firesprinkler.org/apprentice.

ABOUT THE AUTHOR: Rebecca Herring is the communications coordinator for the American Fire Sprinkler Association (AFSA).