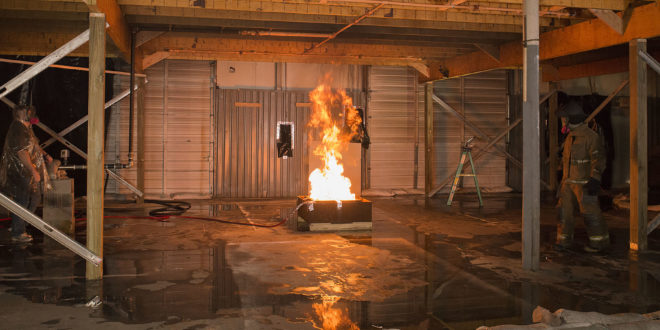 Figure 1. One of the tests conducted to receive UL 1821 certification.

Two Years of Research and Development

The push for the new UL certification began at a 2014 meeting BlazeMaster Fire Protection Systems held with fire sprinkler contractors to get feedback on its products and keep abreast of industry issues. The standard size for basement joists was increasing from 1 ft. to 14 in. and even 16 in., the contractors said. That was a problem for those who wanted to be able to use the CPVC product in basements with the taller joists, but were forced to switch to steel instead.

“This was a specific contractor request. We stay current on industry standards and listen to our customers and make every effort to give them what they need,” states Forest Hampton III, manager of codes and approvals for Lubrizol Corp., BlazeMaster’s parent company. Hampton led the effort to secure the new certification.

“Preliminary research showed that the pipe and fittings could meet the 16-in. standard and that the effort to earn the new listing would make sense economically,” Hampton said. Then it was a matter of designing and initiating the testing process.

“BlazeMaster hadn’t updated its UL certification in years and many of the people who were involved the last time had retired,” Hampton says. “We had to figure out what we needed to do and design the tests.”

BlazeMaster Fire Protection Systems performed two extensive rounds of testing, trying different sprinkler spacings and patterns, varying ceiling heights, joist sizes and blocking distances. The challenge with taller joists is that the sprinklers on the bottom of the joists are farther away from the ceiling where the volume of hot air builds first; engineers had to prove that the sprinkler system would still activate in time to control the fire without it suffering any damage that could interfere with its ability to perform.

“You can’t have any leaks at all,” Hampton comments. “Even a drip leak means failure.”

The construction of the ceiling was the same for all eight tests. The blocking was at 40 ft and the joists were 16 in. The material did not change and the sprinkler head spacing was 16 ft. A chart with the differences is provided. (See table below.)

• Low Pressure – The piping system is to be filled with water, vented of air, and pressurized to between 100 and 120 psig. The fire source is to be ignited and allowed to burn freely. After the sprinkler(s) operate, the flow is to be maintained at the Listed flow rate for the sprinkler of 13 gpm per sprinkler.

• High Pressure – The piping system is to be filled with water, vented of air and pressurized to 175 psig. The fire source is to be ignited and allowed to burn freely. After the sprinkler(s) operate, the pressure at the inlet to the piping assembly is to be maintained at a flowing pressure of 160 psig.

Once BlazeMaster Pipe & Fittings was satisfied with its results, it went to UL to perform the tests that would determine if it could achieve the new certification.

“It’s common for manufacturers to do their own testing before approaching UL,” states Engineering Manager Emil Misichko. “Companies prefer to submit products for testing when they are confident they’ll pass. As a third-party testing and certification organization, UL even works with manufacturers on the development of products to help them understand the construction and performance requirements to meet UL standards.”

“It took a year-and-a-half of testing from when we started to when we were finished, but it was worth it,” Hampton says.

The new certification is welcomed by BlazeMaster’s manufacturing partners, such as Tyco Fire Protection Products. “The contractors in basement markets are very happy with the new listing. This is something they have been asking for, so job well done by Lubrizol to listen to our customers and deliver a solution back to the market,” states Don Ricca, Global Product Manager – Water Fire Suppression Products for Tyco.

The new certification will make it easier for contractors to install BlazeMaster pipe, he says. “Builders don’t want to hear why something can’t be done. As an industry, we want to show builders that having residential fire protection and all its life-saving benefits doesn’t have to be expensive or difficult,” Ricca concludes.

Tyco appreciates BlazeMaster’s commitment to updating its UL certifications. “An initiative such as this definitely supports our partnership. Creating more applications for the use of CPVC helps us, our customers, and the industry as a whole,” Ricca says.

To see a video of the testing, visit youtube. com/watch?v=iP76rwYKSAQ.

ABOUT THE AUTHOR: Mark Knurek is national sales manager for BlazeMaster.