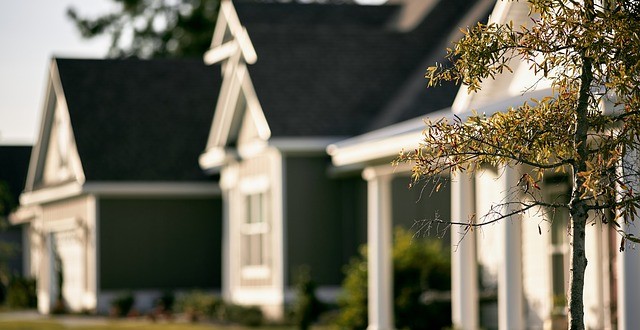 Speaking with a TV reporter, Jeffrey Block erupted into tears the second he uttered the name of his daughter, Eva Block. The 21-year-old student and two others died from an off-campus home fire near Marist College in New York three years ago. The building lacked home fire sprinklers. Sharing his personal horror with a Connecticut news station, Block revisited the past as a means for a safer future. He publicly supported a legislative bill in Connecticut, where he resides, that would require all landlords to inform tenants whether or not a home has fire sprinklers.

Block’s advocacy helped push the bill through the state’s House and Senate. One media outlet called him the “driving force” behind its passage at a special session by the Connecticut General Assembly earlier this year. The law went into effect in October.

Take, for example, Maryland, which has a statewide, sprinkler requirement for new homes. Efforts were made this year by Maryland’s Caroline County commissioners to weaken the requirement, but the county’s volunteer firefighters banded together to fight the measure. A Maryland delegate told a local newspaper that without fire service support, it’s pointless to push a sprinkler amendment forward.

New York’s safety advocates also attempted a unified approach toward fire sprinkler support. They formed the New York Sprinkler Initiative, which advocates for the full adoption of the 2015 International Residential Code (IRC), including its requirement to sprinkler new, one- and two-family homes. Deciding on this requirement was the New York Fire Prevention and Building Code Council, which voted in August to adopt the 2015 IRC but remove the sprinkler requirement.

“I am deeply disappointed that in voting to remove sprinklers from the statewide building code, members of the Code Council have chosen to put profit ahead of safety,” said Jerry DeLuca, member of the New York Sprinkler Initiative and executive director of the New York State Association of Fire Chiefs. “I also find it ironic that recently the New York City Council required sprinklers in pet stores, yet the state of New York refuses to protect [its residents] in the same way.”

Despite the council’s vote, DeLuca says the New York Sprinkler Initiative will continue advocating for sprinklers during a public-review process that precedes the building code from becoming law.

A similar setback occurred this year in Tennessee, where the state’s governor signed a bill to remove a sprinkler requirement for all new townhomes. Local fire service members testified in support of maintaining the requirement, and the National Fire Protection Association (NFPA) lent its support through written testimony.

Complementing NFPA’s regional support is an array of online resources including research reports, compelling videos, sprinkler fact sheets, and homebuilder outreach materials. The Fire Sprinkler Initiative team also assists with the development of fire sprinkler coalitions, which help states unify their push for this safety feature. AFSA sits on some of the 27 state coalitions that have been formed over the years.

“Local code boards and policymakers want to hear about statistics from their own states regarding fire deaths and sprinkler installation costs,” says Tim Travers, one of NFPA’s regional sprinkler specialists. “They’re not interested in the national problem. They want to know what’s going on in their state. State coalitions are good at tackling these issues at the local level so we have better data to present to decision makers.”

Benefiting from this localized approach is the Massachusetts Fire Sprinkler Coalition, which worked with state legislators this year to introduce two sprinkler bills. Coalition members also turned out in droves during public hearings on the bill.

Safety advocates in other states are also witnessing the benefits of joining forces. The Delaware fire service collectively praised its governor, John Markell, after he signed legislation in August requiring sprinkler cost estimates and sprinkler informational materials for all homebuyers. Ecstatic from the victory, they recently formed the Delaware Fire Sprinkler Coalition to keep the momentum going.

In other states, the battle wages on. Sprinkler opponents wasted no time slamming the Floridian town of Estero for its recent proposal to sprinkler its new homes. “There are so many reasons not to do this,” a member of the local building industry told a local newspaper. Tell that to the Estereo Fire District, which unanimously voted in October to sprinkler all new, one- and two-family homes. The newly formed Florida Fire Sprinkler Coalition stands ready to support this requirement and counter future disparaging comments.

Previous AHJ Perspective: Ratings, Fire Testing and Standards – Part 5
Next Another Chance to Save Lives, Money