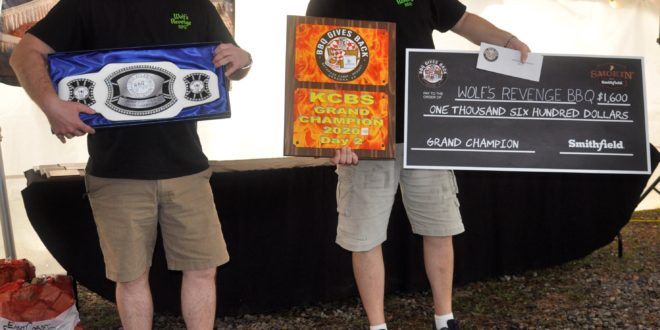 Where There is Smoke, There is Fire

On March 25-27, 2021, barbecue teams from across the U.S. converged on a little town in Virginia called Urbanna to light their fires and begin the process of smoking meats at the 4th Annual BBQ Gives Back contest. The contest is one of hundreds held around the world. The contest has been used as a fundraiser, and this year, the committee elected to use the profits to support the Virginia Burn Survivors Foundation (BSF). Through its fundraising, the BSF supports two charities—The Central Virginia Burn Camp for Kids (CVBC) and the Evans-Hayes Burn Center at MCV Hospital in Richmond, the premier burn center in this area.

Teams come from as far away as Colorado but mainly from the Mid-Atlantic area, Rhode Island to North Carolina. They prep and cook chicken, pork ribs, pork, and brisket to earn points for Team of Year, and qualify for the Kansas City Barbecue Society’s World Championship (KCBS), the American Royal World Championships, and the Jack Daniels Championships held later in the year. Many of the teams take pride in the uniqueness of their team names. Names like Good Googly Goo, Redneck Scientific, Love N Smoke, Ham Squad, Sasquatch BBQ, Boggs Hog, and Bad Azz Mule are some of the 75 teams competing.

A basic KCBS contest begins Friday with teams arriving, setting up their sites, and visiting with friends from other teams. But when the fires are lit in their smokers that evening, all mindsets turn to making the best BBQ they can overnight to present to the KCBS-certified judges the next day. This contest is a double, meaning they do it all over again Saturday and present their second cook on Sunday. Six judges are shown a team’s box of their entry, give an appearance score, and then take a bite (or two, or more) to give a taste and tenderness score. Basically, a single bite tells them what they need to know. The entry may be too dry, tough, salty, mushy, chewy, have an unknown flavor, or be the best entry they have ever had. If five of the six judges agree it’s an excellent entry, the team will get a perfect score of 180. The rare perfect score would be that all six judges gave it an excellent score. Each judge, during the judging process, will be given six chicken, rib, pork, and brisket samples to judge. For this contest, there were 11 such tables, all judging different teams’ entries and giving their scores.

Take what you may know about BBQ and throw it out the window. This is not Ruby Tuesday’s, Applebee’s, or TGI Friday’s BBQ or what many people make in their backyard. KCBS, the governing body of judging BBQ, has set guidelines on how to score the BBQ the judges are tasting. An example would be a fall-off-the-bone rib in competition will get you low scores. A rib should come clean at the bite spot with little effort, should be moist and tender but not mushy or dry, and the rest of the meat should hold to the rib. Too tough or overdone will costs the team points.

Years ago, it was very common to see a Weber Grill or two, a pickup truck, a pop-up tent, and a couple of tables. Now, we see a lot of 25-to-40-ft trailers, motorhomes, and $10,000 smoker rigs. Sometimes the larger rigs don’t fare as well as the smaller team set-ups. Sometimes they do. It’s all in how well they can cook BBQ, not what they show up in. Points are not given for the best-looking rig. Teams’ scores are tallied, and each day teams are awarded cash and prizes for their finish. Teams need to have a consistent cook in all four types of meat to earn the Overall Grand Champion award.

At the end of the contest, fires are put out, and teams say their goodbyes and head home. Some relish in their wins and others contemplate what to do differently at the next contest. This year, as the smoked cleared and scores were completed, one team stood out above all the rest. Wolf’s Revenge BBQ of Henrico, Virginia, won both days’ contests and was awarded the Two-Day Combined-Score Championship.

The Virginia Chapter hosted a side contest inside the main contest for Best Fire Sprinkler Finish as the chapter had two sprinkler employees competing. Glenn Zobel of VSC Fire and Security in Ashland/Love-N-Smoke BBQ was the best finisher and won the first-ever Fire Sprinkler BBQ Team award. The BBQ Gives Back committee was pleased to have been able to raise $10,000 for BSF.

Since its formation, the mission of BSF has been and will continue to be to improve the lives of all burn survivors, their families, and caregivers. The foundation is honored to support its charities. The Central Virginia Burn Camp is a free-of-charge, week-long summer camp dedicated to providing a special, fun, and safe experience for children with burn injuries. The Evans Haynes Burn Center at VCU Health Center is the regional resource for the care of acute burns and reconstructive needs of burn survivors and for people injured from fire, chemical, scalds, electrical burns, and skin loss injuries as a result from disease.

“Our donations to the CVBC have improved the lives of many child burn survivors. Our job at the BSF is to financially support the CVBC so they continue to accept all applicants throughout the Mid-Atlantic region … no child is turned away!” says BSF Director Jack Medovich, P.E., First Vice Chair on the AFSA national Board of Directors and president/CEO and an owner of Fire & Life Safety America. “Our donation to the Evans Haynes Burn Center assists them in purchasing needed equipment as well as sponsor a fellowship for a plastic surgeon to focus on treatment for burn survivors. 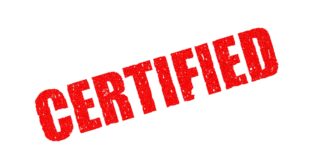 One Chapter’s Road to Draft State Legislation Since its inception in 1992, the Virginia Chapter …