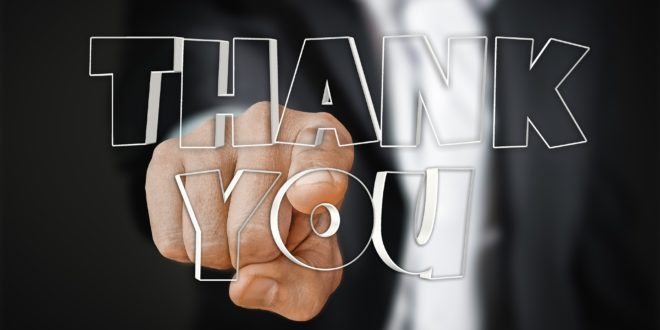 “Webster defines ‘dedication’ as being committed to a task or purpose,” comments AFSA Membership & Chapter Relations Manager Meda Merritt. “AFSA could not fulfill its mission or vision without our dedicated members. We congratulate those who are celebrating milestone anniversaries; your support is invaluable.”

Matsuda: “I was a traveling musician after graduating from the University of Hawaii and a stint in the Army. I quit my band while I was in Dallas in 1978 and found a job with the Fire Prevention and Engineering Bureau of Texas (FP&EB).”

Moore: “My father, Leland Moore, Sr., acquired the business in 1995. I started out working here during my summers while in college. I spent a summer working in the warehouse pulling parts and another summer working in design.”

Pugsley: “Originally, we started as part of the mechanical engineering program at Seneca College and shortly branched off to become our own set of courses and full program in 1972.”

Matsuda: “I met Steve Muncy when he was AFSA president, learned about the association, and then joined AFSA in 1996.”

Moore: “Upon acquiring S&S, our management team immediately identified the need and importance for access to good training resources for our designers, salesmen, and installers. AFSA had the resources that we needed, so we joined shortly thereafter.”

Pugsley: “There is a high demand for talent in the fire sprinkler industry. Our Fire Protection Engineering Technology program helps to provide many contractor members with a pipeline for designers, estimators, project managers, etc.”

Moore: “I love the conventions for both networking and great seminars, but I have to say that my single most used benefit is the informal interpretations. I’ve used them many times over the years.”

Pugsley: “Training, training, and more training. There is never just one way to do something, and the perspective and experiences that are shared during seminars and conventions are priceless.”

What is your favorite AFSA convention memory?

Matsuda: “The highlight of my career was being presented AFSA’s Fire Sprinklers Saves Lives Award in 2009.”

Moore: “That’s a tough question because there have been so many different ones. The mechanical bull at the 2015 Awards Party in Phoenix several years ago was pretty funny.”

Pugsley: “My personal favorite was when I was involved within the AFSA’s Northern New England Chapter and Russ Levitt would present to our chapter annually. Our favorite convention memory was seeing Bob Caputo receive the Henry S. Parmelee Award at AFSA36 in Las Vegas.”

Moore: “The most significant change to the industry has to be the technological developments that have been made by the manufacturers over the years. This business has gotten so much more complex than it was 25 years ago. There are constantly new types of sprinkler heads and valves being released and new protection schemes, especially when it comes to protecting storage.”

Pugsley: “The introduction and adaptation to new technology. We have come a long way since the first SSU.”

Matsuda: “I have been blessed with so many people who helped me along my professional career—my late Chief Engineer Damon Anderson; contractors like Bill Corbin, Willie Templin, Ed Juth, and Dan Mallow; the late Buck Morse, Dallas Chief Building Plans Examiner; and Steve Muncy, who invited and allowed AHJs like me to participate in AFSA’s programs. There are many more people who helped me over the years and to whom I owe for my good fortune, but the list is extremely long. I only mentioned those who were instrumental in my decisions to be a part of this industry.”

Moore: “I believe that one of the biggest reasons for our success is our adherence to our core values. My father loves to tell the story of how our team members came together and selected the company’s core values: family, honesty, integrity, spiritual growth, fairness, and teamwork. It really boils down to treating others the way you want to be treated.”

Pugsley: “Passion—the passion that our staff consistently bring to our classroom and lab sessions is the key and something that our students feed off of also.”

If I weren’t working in fire protection, I would be.

Matsuda: “I’d be a starving musician (drummer). I still play part-time, and the band is just starting to get bookings again now that the COVID restrictions are being lessened.”

Moore: “I worked as an engineer in power tool manufacturing for several years after college. If I had not come home to raise my family where I grew up and rejoined the family business, I’d probably still be working in manufacturing.”

Pugsley: “I’d be in a related life safety trade.”

AFSA looks forward to celebrating with more members this year and is excited to be offering a trial membership program for contractors and AHJs. Memberships are also available for associates (manufacturers and suppliers), designers, students, and retirees. For details, contact Meda Merritt at mmerritt@firesprinkler.org or (214) 349-5965 ext. 133. Membership details are also available online at www.firesprinkler.org/join.

Recognition for milestone membership anniversaries in Sprinkler Age will be done in five-year anniversary increments and is available to all membership types. Congratulations to these members!

Previous Working Together for Home Fire Safety
Next Protecting Our Own