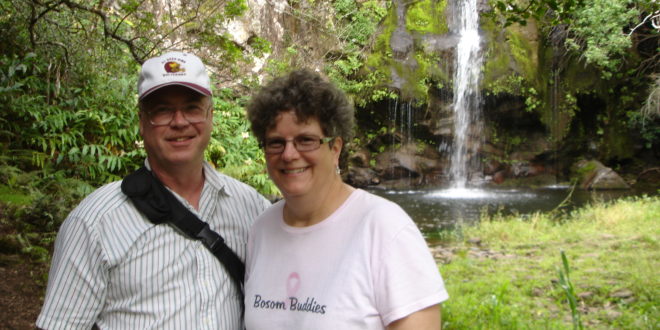 As the American Fire Sprinkler Association (AFSA) celebrates its 38th anniversary in 2019, we also recognize those members who are celebrating milestone membership anniversaries. The member companies featured this issue have belonged to AFSA for 15 or more years of continuous membership. Several members are celebrating milestone anniversaries in September and October including Contractor Member Jimco Fire Protection, Inc., Au Gres, Michigan. Vice President Greg Dittenber shared some of his favorite AFSA memories and things he’s learned during his time in the fire protection industry.

How did you get involved with AFSA? It was Dad who got us started. I’m not sure who initiated the first conversation, but Dad was aware of AFSA and started talking to then Membership Director Lloyd Ivy. Next thing you know, we were sending in our application. We didn’t start attending conventions until a couple years later in 1996 (Atlanta), but have been going ever since.

What is your favorite or most used AFSA benefit? The conventions are one of my favorite AFSA benefits, but the most used benefit would be the SprinklerForum. It provides a wealth of information covering a wide range of topics.

What is your favorite AFSA convention memory? The convention held in Hawaii was one of the most memorable AFSA events. There were some great tours available, including one where we hiked the island and swam under waterfalls. We had a great time, made a lot of new friends, and will always remember that trip.

What’s the key ingredient to your success? Putting in time and effort is always a necessary part of success, but it comes down to the people. Dad had the original vision. Then there is my partner, Bernie Grappin—we complement each other’s strengths. I couldn’t do it without the support of my wife, Carla, or my sister, Sue, who handles accounting. Last, but not least is every other member of our company, many who have been with us longer than they care to admit. It takes a team effort to be successful.

If I weren’t working in fire protection, I would be… in the electrical contracting business probably. I keep my electrical licenses current, but certainly have no regrets in switching trades. Once you are involved in the fire protection industry, you can’t imagine doing anything else!

Happy Anniversary! AFSA appreciates its members and their dedication to the Association and the industry, and looks forward to celebrating with more members! Recognition in Sprinkler Age will be done for members celebrating 15 years or more of continuous membership in five-year anniversary increments and is available to all membership types. Visit firesprinkler.org.