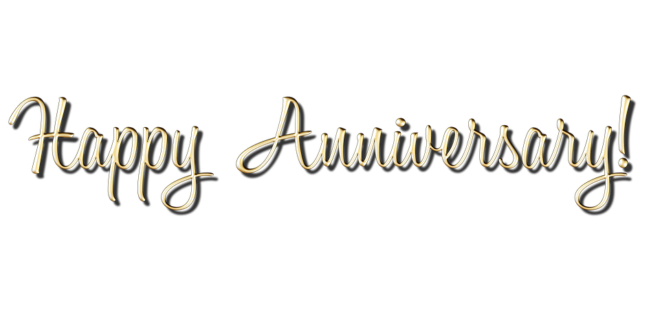 How did you get involved in the fire sprinkler industry? Sebastiani: “I moved to America in the 1970s from Rome, Italy where I worked as a surveyor. Once I arrived, I started in the fire protection industry as a sprinkler designer, I studied system layout and eventually taught myself hydraulic calculations, translating it from English. Soon, I started an independent design company servicing the Philadelphia and New Jersey areas. After some time, property owners began to ask if I would be interested in installing the systems I had designed. It was in 1981 that I founded ABJ Sprinkler Co., Inc.”

Tillmann: “I took four years of architectural drafting in high school and then two more years at a technical college, where I was hired by a sprinkler design firm. I also worked for my future wife’s family’s mechanical contracting business as an apprentice. I then opened HTH Automatic Sprinkler with my future father-in-law and his brother in 1989.”

Cox: “I moved to Tampa to attend school at the University of South Florida. It was the start of the school year and I was recently married and seeking employment due to the move. I found a job as a pipefitter working at Brown Automatic Sprinklers. From there I enrolled in the local apprenticeship program that started in Tampa the year after I began working in the industry. It was a two-year program at the time. After apprenticeship training, and while employed at Brown, I had the opportunity to move into the office and learn system design.”

How did you get involved with AFSA? Sebastiani: “I once attended an NFPA convention where I heard about an organization specifically for fire sprinkler contractors called AFSA. I inquired about it and joined in 1989. It was the right thing to do.”

Tillman: “I was invited to an AFSA Connecticut Chapter meeting. Bob and Brenda Hollis were very supportive right from the start and encouraged involvement in AFSA and the sprinkler industry.”

Cox: “Cox Fire Protection was started in 1984. Like many companies have learned, finding trained and qualified help was one of our biggest challenges. The fitters we sent to the local apprentices seemed to end up working for the companies where the school instructors were also employed. We turned to the AFSA apprenticeship program and found the material to be exactly what we needed. We began to really build a core group of employees whose contributions have become such a vital part of our overall success. Most of the fitters who went through those first few years of apprenticeship are still employed here and remain our most valued assets.

“I didn’t get involved beyond the training courses until we started the AFSA Florida Chapter. Carl Coughlin of Suncoast Fire Sprinkler Company and I were on the Florida Fire Sprinkler board of directors when the board voted to become a chapter of NFSA. Immediately after the vote, Carl and I resigned as board members. We were immediately approached by Ed Smith, Smith Fire Sprinkler Company, about starting a chapter in Florida for AFSA. Carl called me a few days later to plan a meeting to establish the chapter. He and I split the names of all the contractors in the state and made calls, recruiting contractors to attend our meetings. I still serve as a board member for the Florida Chapter.”

What is your favorite or most used AFSA benefit? Sebastiani: “Its Education Department, apprenticeship program, and technical support.”

Cox: “Well, education and training the employees who are here remains important to our overall success. We will never stop recruiting and training. It is the skill level of our staff, their abilities, and overall technical understanding of their critical jobs that keep our clients calling and returning.

“The correspondence courses, seminar instructors, webinars, and online courses keep us current with industry updates, changes to any codes, standards, and industry best practices. I am also a fan of the informal interpretations and often refer Authorities Having Jurisdiction (AHJs) to use the resource available to them when there is a technical question that requires guidance in interpreting the codes. I used many of the AFSA resources that were available to me to develop our employee handbook, safety manual, and other similar tools. All these were great resources to anyone who is working through developing similar business manuals. We remain involved in the local chapter where we work aggressively to promote legislation that benefits our business and helps promote public safety and oppose legislation that is detrimental to our industry.”

What is your favorite AFSA and/or AFSA convention memory? Sebastiani: “The 31st AFSA national convention in 2012, in Kona, Hawaii.”

Tillmann: “My apprentices winning the AFSA National Apprentice Competition in Orlando (2005); Hawaii (2012); and Washington, DC in (2018). Words can not describe the pride and huge, uplifting feeling of this accomplishment.”

Cox: “There are so many to choose from! I believe one of the first conventions I attended was at the Desert Ridge Resort near Phoenix. I was blown away by the exhibits and classes presented. I think we have gotten a little desensitized through the years and probably sometimes take the grandness of AFSA’s national events a bit for granted.”

What is the most significant change you’ve seen in AFSA or the industry during your time? Sebastiani: “For the industry as a whole, new technologies and product advancements, as well as stricter and expanded regulations and codes.”

Tillmann: “Technology advancements that make performance and installation of fire sprinkler systems better and more efficient. The changes in how you receive and send drawings and submittals – everything was physically picked up or mailed and in three-ring binders. Drawings were hand drawn. Now, everything is in CAD, BIM, and transferred electronically. AFSA keeping stride with this technology and educating both the contractors and the public and AHJs.”

Cox: “It’s been thrilling to see young people being drawn into our industry. The NextGen Initiative group is new, and we have recently stated a group in Florida. That group is comprised of brilliant young men and women who are eager to learn, but also have the energy and drive to pioneer visions that we’ve never dreamed of. The technical aspects of our industry continue to evolve and become more and more sophisticated.

“One of the most exciting things for me to see is our recent involvement in legislation. Going to Washington, DC as an industry is going to bring about powerful results for our industry.”

What’s the key ingredient to your success? Sebastiani: “Integrity, hard work, quality service, and being knowledgeable about your trade.”

Tillmann: “Always give the customer quality, treat your employees well, and work hard.”

Cox: “Our company motto, which is on a sign in our longest hallway, is “Do the right thing. Our employees are empowered to make those kinds of decisions themselves. Whether that is employee to employee, with our peers, with our customers, with our suppliers, or other subcontractors, people have come to know that it’s what they can consistently expect from Cox Fire Protection.”

If I weren’t working in fire protection, I would be… Sebastiani: “I would still in the construction industry in some fashion, as a designer, project manager or contractor.”

Tillmann: “I would more than likely be working for an architectural firm.”

Cox: “My favorite thing today is being a grandpa. If only I could only figure out a way to make a living doing that!”