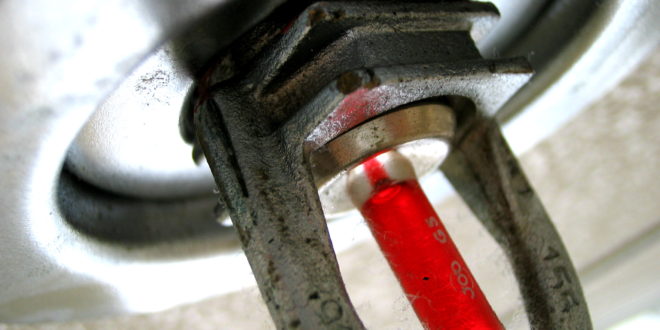 Fluctuations Can Cause Problems

The first configuration which has been known to cause issues is an auxiliary dry system off of a wet system. No matter how the system is filled, there are always pockets of air trapped in certain sections of the system piping. All of the air is never evacuated from the system (even with the newly required air vent on all systems). Generally, a little air is not a bad thing (with no regard to corrosion and MIC) for pressure fluctuations. It acts as a spring or cushion for water hammer and absorbs some of the thermal expansion from the water as steel and water expand at different rates. What can cause issues with the auxiliary dry system is when there is too much air in a system, which is subject to large temperature changes. One typical example of this would be a large warehouse with a loading dock. A small auxiliary system may be utilized to protect the loading dock area. During the period of time where the days are very warm and the nights are cool, that system is susceptible to pressure increases.

During a cold night, the system contracts due to change in temperature. Any loss in pressure is made up by the system supply. The alarm valve or check valve may “burp” and allow more water into the system. Once the sun starts shining on the roof of the storage building, the temperature starts to increase up at the ceiling level, near the sprinkler piping. At the expected temperatures and pressures of a sprinkler system, air acts as an ideal gas. As the temperature increases, the pressure increases directly proportional to the ratio of the higher temperature to the lower temperature (P2=P1(T²/T1)). This is true because the piping network creates a constant volume not allowing the air to increase in volume and the water incompressible. This creates what is called an isochoric or constant volume process. The air will try to expand and cause the system pressure to increase. This increased pressure is checked by the wet system valve. The increase in air pocket pressure in the wet system will pressurize the wet system up to the bottom side of the dry valve. The air can potentially increase the system pressure to a point where the dry system air pressure can no longer keep the dry valve closed, and the valve will trip. Another time of year when this phenomenon has been seen is when the heating systems in large warehouses are turned on for the first time in the fall.

The second and more common scenario which can be the culprit for the mystery valve trip, is when a valve trips the night after an inspection. This is especially true if the system riser is in a small riser room, inclusive of the backflow preventer or fire pump arrangement including a check valve. The riser room is required to be maintained at a temperature over 40°F but during summer months it can get much warmer. The water in the underground supply piping is generally kept cool by the ground.

When an inspector does their main drain test on the system, the inspector introduces cold water from the supply piping, closes the main drain valve, finishes their inspection and leaves. As the cold water introduced to the piping located in the warm riser room starts to increase in temperature, the water starts to expand. In this scenario typically there is very little to no air trapped in the piping to act as a cushion. Because water is incompressible, as the water expands it has nowhere to expand to and can create large pressure spikes. This issue is more common when the volume of piping from the check valve at the discharge of the system pump or backflow preventer to the water side of the dry valve is relatively small. If the pressure spike is large enough, it can overcome the dry system air pressure holding the dry valve closed and cause an unexpected trip of the valve.

As fire protection designers and engineers, we tend to think of sprinkler systems as very static systems. Hydrant flow tests are run and sprinkler designers design the system around the expected pressures. In actuality, sprinkler systems tend to be expanding and contracting, pressurizing and depressurizing, heating and cooling, in cyclical periods. Most of the time the pressure increases are not significant enough to cause problems but occasionally the perfect storm arises and several installed conditions and atmospheric conditions come together and can cause “the valve to trip on its own.” Both of the aforementioned conditions can be combated by the introduction of a relief valve. It is now required on all wet systems to include a relief valve, but I would recommend a relief valve on the water side of any direct differential style valves. The fairly inexpensive valve has the potential to prevent some false activations, which can save trips to a site and the headaches associated with false activations.

ABOUT THE AUTHOR: John Desrosier is a new technology research engineer with Globe Fire Sprinkler Corporation. He represents AFSA as a member of the NFPA 5000 Industrial, Storage and MiscelIaneous technical committee. He can be reached via email at John.Desrosier@globesprinkler.com. 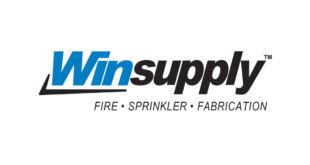