The competition at the American Fire Sprinkler Association’s (AFSA) 22nd annual National Apprentice Competition was nearly as hot as the temperatures outside of the JW Marriott Phoenix Desert Ridge. This year’s festivities, held during AFSA’s 34th annual Convention and Exhibition, drew a crowd of nearly 1,100 industry professionals from across the globe.

After outscoring more than 100 other hopefuls to make it to the national competition, Jared Sutliff, Cen-Cal Fire Systems of Lodi, California, completed his final task – he beat six other national finalists to take the top honors, placing first in the annual skills competition on October 13.

Despite the steep competition, the third-year apprentice from Cen-Cal Fire Systems had a feeling he could win. So joining the hundreds of other hopefuls, Sutliff took the proctored two-hour, written qualifying exam.

Weeks later, as the 27-year-old father of two was working in the shop at Cen-Cal, he was approached by company co-owner Wayne Weisz telling him someone from the company had advanced and later that day, Sutliff recalls receiving the call from Weisz telling him that he was going to Phoenix to compete as one of seven finalists in AFSA’s National Apprentice Competition!

His success did not surprise Weisz, who has known Sutliff since he was an eight- or nine-year-old recreation league basketball player coached by Weisz. “Jared is what I’d call the perfect apprentice. […] He has found a trade that he really enjoys and wants to be one of the very best at it. He works hard at being good every day. He also works hard at studying and fulfilling his apprenticeship duties. He attends the apprenticeship classes and is on schedule with his books and testing. Jared is very reliable and has set goals for himself to be one of the best in the trade.”

The Galt, California resident was excited, of course, but nervous? Not at all! Having covered three levels of AFSA’s sprinkler fitter training program and studying for weeks leading up to the competition, Sutliff says he felt confident that his aggregate knowledge and experience had well prepared him for the challenges of competing on the national stage.

“I went into the competition feeling pretty confident. I just took my time on the job I was working on. I made sure to pay attention to all of the details and took my time to read the prints very carefully. I mainly focused on doing the job as nicely as I could. I studied a bunch for the written test, probably four nights a week at least two hours a night,” says Sutliff.

At the national competition, participants took a second, more thorough written examination based on all four levels of AFSA’s Apprenticeship Training Series. In the practical exam, each competitor was given a drawing of the system and all the required materials to install it. Finalists then had to construct the combination steel and CPVC dry pipe, tree system, comprised of eight sprinklers into a 10-ft tall metal frame structure. Competitors had to measure, cut, thread and fabricate materials to the drawing, utilizing pipe threading skills, math skills and pipe make-up skills to complete the mini-system within the four-hour time allotment.

The CPVC section of the system was joined using one-step solvent cement. After the entire system was installed and allowed to set, it was placed under a static water pressure test of approximately 80 psi, with points deducted for any leaks or pressure drop.

AFSA members and guests enjoyed the cool desert night at the Desert Foothills beneath an Arizona sunset surrounded by towering century-old Saguaro cacti illuminated into the night in a spectacular array of color. The awards presentation acknowledged those who promote the apprenticeship program throughout the year and honored all of the Apprentice Competition sponsors, employers and of course, the contestants.

Wiesz says, “Our company believes in apprenticeship and apprenticeship training. It is exciting to have an apprentice qualify for the competition. It is a reward for the apprentice – a payoff of sorts for their hard work. It is a chance for the apprentice to get to go to the convention, meet new friends and see a lot more about the industry. We have had a couple other guys in the competition over the last several years. Having Jared win was incredible. It has definitely lit a fire within the ranks of the other apprentices. They all want to make it next year. I’ll say it has given a lot of motivation around here.”

For more information about AFSA’s apprenticeship training program and other training opportunities, visit firesprinkler.org or call AFSA at (214) 349-5965. 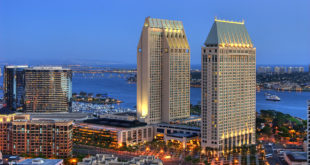 AFSA38 Shines in the Golden State