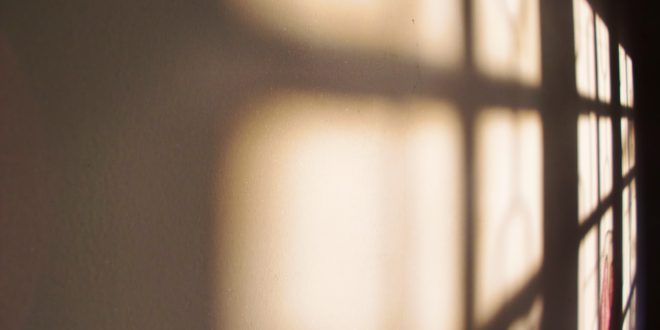 Step Into the Shadows

Satisfactory Sprinkler Performance Can be Achieved

An integrated architecture and engineering firm, Clark Nexsen is recognized nationally as a leader in student life design. With multiple student housing projects in design and under construction simultaneously, we are continuously working with code reviewers and Authorities Having Jurisdiction (AHJs) to resolve any design concerns. 2015 could have been called the “Year of the Shadow,” as we had extensive discussions with AHJs about allowable “shadow areas” in student rooms on three separate projects within just a six-month period.

Designed under the 2007 edition of NFPA 13, Standard for the Installation of Sprinkler Systems, the first two projects were in construction and nearing completion when concerns were first raised by deputy state fire marshals about small “shadow areas” in most of the student bedrooms (no concerns were raised during construction document or sprinkler shop drawing reviews). Still in design, the third project fell under the 2010 edition of NFPA 13. As a result of the concern on the first two projects, we initiated discussions with the university fire marshal and state code official early regarding Project 3 with the goal of gaining acceptance of similar small “shadow areas,” anticipated based on the architectural design.

The term “shadow area” was first defined in the 2013 editions of NFPA 13D, Standard for the Installation of Sprinkler Systems in One- and Two-Family Dwellings and Manufactured Homes, and NFPA 13R, Standard for the Installation of Sprinkler Systems in Low-Rise Residential Occupancies, as “the dry floor area within the protection area of a sprinkler created by the portion of the sprinkler discharge that is blocked by a wall or partition.” These two standards identified a specific maximum allowable shadow area of 15 ft2 per sprinkler. These allowances were an update of provisions that were first included in the 2010 edition of NFPA 13R (the 2010 edition of NFPA 13D is silent about shadow areas).

In recognition of the concerns around shadow areas, similar attempts were made to add specific allowances to NFPA 13 during the 2013 revision cycle. Although a number of these comments were accepted at the Report on Comments (ROC) stage, the NFPA 13 committee ultimately addressed this issue by providing additional information in the annex but included no specific allowances in the body of the standard. As discussed in the AFSA Technical Update of February 1, 2013, the NFPA 13 committee decided not to include specific allowances for shadowing due to the existence of other obstruction rules that already implied that shielding of limited areas from direct sprinkler discharge was acceptable, as well as to provide some flexibility in system layout. While there is logic to this approach and the annex language seems clear, not all AHJs share the same interpretation or are readily accepting of shadow areas created by walls or partitions in sprinkler systems required to comply with NFPA 13.

NFPA 13:8.1.1(3) states that “Sprinklers shall be positioned and located so as to provide satisfactory performance with respect to activation time and distribution.” With two of our projects designed under the 2007 edition of NFPA 13 and the other under the 2010 edition, the added annex language in the 2013 edition was not directly part of the applicable standard. Once the concerns were raised on Projects 1 and 2, our design team presented the additional annex language in the 2013 edition to further inform the discussion of the shadow areas. Unfortunately, this did not mitigate the concerns of the respective AHJs on each project. As a result, we needed to invest time attempting to prove that satisfactory performance would still be achieved.

The typical student room for each of these projects includes a closet or HVAC equipment enclosure inside the room, immediately adjacent to the entry door. These student rooms are not provided with drop ceilings that would allow concealment of piping to pendent sprinklers, so the intent was to protect each sleeping room with a residential sidewall sprinkler at the corridor wall (the closets of Projects 1 and 3 are also sprinklered as required by NFPA 13). The overall room configuration is fairly consistent among the three projects, and Figure 1 shows one of the larger student rooms from Project 2 as an example.

For each of these projects, we compared the actual area of the shadow area for a typical room to that which would be created by locating a residential sidewall sprinkler directly in line with a column at the minimum clearance required by the NFPA 13 obstruction rules. NFPA 13 Figure 8.10.2.7.1.4 requires that a residential sidewall sprinkler have a minimum clearance of four times the maximum column dimension, up to a maximum of 36 in. Please refer to Table 1 for these results. As is common on projects of this nature, there is some variation in relative sprinkler position, room dimensions, etc., so the table presents dimensions specific to fire modeling simulations that will be discussed later. It should not be inferred that every sprinkler in these projects is located exactly as indicated in the table. It is clear from this analysis that there is appreciably less impact to sprinkler distribution from the “shadow area” created by the closet or equipment enclosure than already allowed by the NFPA 13 obstruction rules.

Next, we considered the impact on sprinkler activation time using Fire Dynamics Simulator (FDS). Each project was first modeled with a fire located in the “shadow area,” and then a second simulation was performed with the fire in the same location but with the closet or equipment enclosure removed. The fire source for these simulations was a wardrobe with fire characteristics based on tests conducted by the National Institute of Standards Building and Fire Research Laboratory in a furniture calorimeter.1 Two fire tests were conducted of a plywood wardrobe that contained clothing and paper, and the average of these two tests is included as a reference fire source in other NIST fire modeling programs. For these simulations, we manually input this fire growth curve into FDS. Please refer to Figure 2 for this curve.

The video output files from these FDS simulations seem to provide a simple explanation for the difference in activation times. For the simulations with the closet or equipment enclosure in place, the hot gases essentially “take a lap” around the room by initially traveling to the far wall before coming back towards the sprinkler. With the closet or enclosure removed but the fire in the same location, the hot gases travel in all directions simultaneously so they reach the sprinkler more quickly. As the room in Project 2 is noticeably longer (refer to Table 1), there is a correspondingly greater difference in activation times. However, for each of these projects, the difference is relatively small and performance with respect to activation appears to be satisfactory.

After consideration of this information for their respective projects, the AHJs for Projects 1 and 2 agreed that the small “shadow areas” would not adversely affect sprinkler system performance and the intent of NFPA 13 was met. As these projects were both close fairly close to completion, these decisions eliminated the need for costly rework and delayed turnover of these projects. For student housing in particular delayed turnover can result in significant costs, due to transportation and temporary lodging, so these two decisions were certainly welcome.

The AHJ for Project 3 would not accept any amount of “shadow area” created by walls or partitions, but as construction had not started this AHJ direction could be incorporated into the construction documents and subsequent sprinkler shop drawings. While this resulted in added construction costs, those costs are noticeably less than would be incurred if additional sprinklers had to be retrofitted late in the project, especially if that rework resulted in delayed completion.

As the analysis of these three projects shows, satisfactory sprinkler performance can still be achieved with small “shadow areas.” However, where there is a lack of explicit language in the code or standard it is ultimately the AHJ that is empowered to make the final decision. If in doubt as to their opinion, early discussion benefits the project and the project team (owner, contractor, subcontractors, etc.) by minimizing cost increases and construction delays. 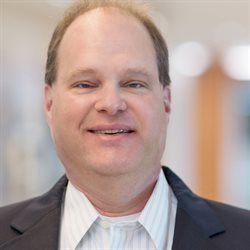