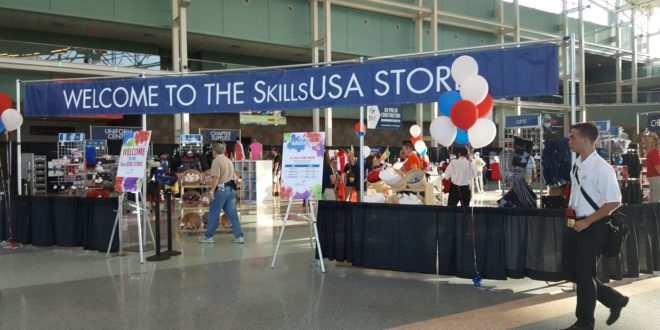 SkillsUSA and the NextGen Initiative

Have you ever had those tingles on the back of your neck when you enter a space because you know that you are about to experience something awe-inspiring? That’s the feeling I had upon first entering the SkillsUSA National Leadership and Skills Conference and TECHSPO in Louisville, Kentucky, on Monday, June 20, 2016.

This year’s goal of the AFSA NextGen Initiative was to put together an expedition set on testing the waters of future cooperation between the AFSA and the SkillsUSA organization. Conor Kauffman of Kauffman Co., Houston, Texas; Karl Weigand of Globe Fire Sprinkler Co, Standish, Michigan; and I were sent to represent AFSA’s NextGen Initiative at a booth during the SkillsUSA national conference in order to spread public awareness about fire sprinklers, our industry and the bevy of career opportunities we provide.

What caught my attention first was the sheer size of the place. You enter a massive room that spans farther than you can see with competition after competition setup and waiting for the flood of students to come in the following day. The best of the best of this nation’s students were about to compete in over 100 different events such as HVAC, welding, plumbing, diesel engine repair, cooking, speaking, customer service, and so much more. Three pristine white FedEx semi-trucks sat across from our booth glistening under the overhead lighting, ready and waiting to be serviced. Behind us were a slew of HVAC systems to be hooked up. I knew right then and there we had made the right choice in attending this event.

I arrived the next morning, coffee in hand, ready for day one of the competitions to start. The atmosphere was seeping with anticipation, a still serenity lying in wait of the excitement and bustling that would soon to follow. Our booth was in the heart of it all and at 8:00 a.m. the flood of students began. Groups sporting red SkillsUSA coats, team colors, state flags, pins, hats, stuffed animals and just about anything else you can imagine, began meandering past our booth. The sense of unity and pride in the air was palpable – team chants echoing through halls challenging other representatives from other states to respond. Full of nerves and excitement, these students had competed in each of their state level competitions and had made it all the way to finals here at national. This event would not be something they soon forgot.

Our strategy was to use the pull of the AFSA’s High School Senior and Second Chance scholarships, offered by the AFSA Public Education & Awareness committee, to spread sprinkler knowledge to our nation’s students. Simply uttering the word “scholarships” would cause a cascade of students and advisors to descend upon our table. “What’s a fire sprinkler?” “Oh those are those things that all go off when the smoke alarms go off, right?” “Isn’t there a better name than sprinkler?” It was clear there is a deficit of fire sprinkler knowledge in our youth as well as a strong interest to know more. We did get encouragement when one girl exclaimed to her friend, “Oh… I submitted for this scholarship last year. It was really easy and I learned a ton about fire sprinklers!”

Once we had their ear, our goal was to provide information about the benefits of being part of our industry, the various career paths available, the relatable trades that could easily transfer and the enormous need for new talent we currently have across the country. The largest interest we received was from the teachers, counselors and advisors for both high school and technical schools.

We were finding that at this national level these students were already firmly set in their chosen career path and would most likely receive lucrative job offers immediately following these competitions in each of their respective fields. However, the advisors had many students at home who were not going to have the same opportunities and were appreciative to be able to bring back literature showing additional options for their other talented students. Conor, Karl, and myself felt strongly that there was great opportunity for our local chapters to get involved with their state level competitions that would enable a gateway between upcoming talent and our AFSA contractors in the area. Per the SkillsUSA New York state representative, there were approximately 2,000 students who competed in his state who did not make it to Nationals and there was a total of 350,000 students total competing across the country.

Over the next three days of the expo, I took as many opportunities as I could to witness the variety of competitions. The place was so big it took me over 30 minutes just to reach one end of the exposition center and another 30 to make it back. One of the most fun to watch was the “Teamworks” competition where teams consisting of different trades competed together to build a small house which included plumbing and electrical. Watching from the sidelines, all I wanted to do was jump over the guardrail and insert a sprinkler system in to each one, the opportunity just seemed so perfect. Across the hall was the plumbing competition which was reminiscent of our AFSA National Apprentice Competition held at our AFSA national convention and exhibition each year. I sampled baked goods, watched robots maneuver obstacle courses, saw incredible photography and so much more. I found myself wishing I was a teenager again so I could compete along with these students.

As we wrapped up at the end of day three, it was clear that we had experienced something incredible and important for both the young participants and for the future of our industry. A total of 6,200 students, 4,500 teachers/advisors, and countless more parents and friends had attended the event. SkillsUSA is successfully changing the mindset of our youth. No longer is going into a trade a “fall-back” career, but instead it is seen as a focused path of prestige and success. Becoming more involved with this organization, locally or nationally, as a way to create awareness, excitement and knowledge about fire sprinklers and our industry seems like a natural fit and one we need to take in order to develop our next generation. For details on the scholarships, visit afsascholarship.org. For more information about SkillsUSA, visit skillsusa.org.

ABOUT THE AUTHOR: Tiffany Moore is director of operations at Moore Fire Protection, a family-owned fire sprinkler company since 1987. She is heavily involved with the AFSA Pacific Northwest Chapter and is an AFSA Next Gen member. Contact Moore via email at tiffany@moorefire.com.

Previous Step Into the Shadows
Next One Million Awarded to Chapters 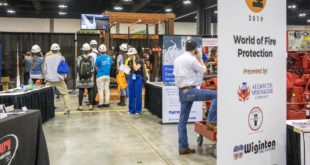 GFSA Reaches Out to the Next Generation