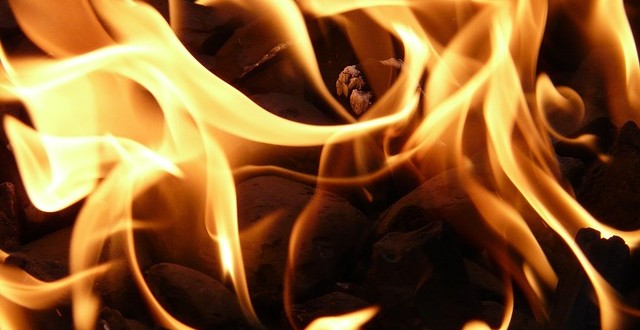 EDITOR’S NOTE: This is part one of a six-part series that will be continued in future issues of Sprinkler Age.

One of the most serious decisions a fire marshal faces is to approve or disapprove a building material or a fire assembly to install in a structure, especially one in which a lot of lives are at stake. One of the most serious consequences a community faces is when a fire occurs in a structure where someone has placed a building material or an assembly that does not meet the minimum standard for fire safety. Think Wooster, for example. Think wall coverings and foams of various types. And there are separate tests for various components of the fire protection delivery system, such as roof protection, smoke detectors, sprinklers, fire pumps, etc.

Approval or disapproval of specific products often results in an extensive amount of dialogue between fire officials and vendors. Sometimes it causes conflict. A large loss-of-life fire usually involves lawyers and judges and sometimes financial liability if the building materials have contributed to loss, especially if it involves life loss. Approving and disapproving both involve the fire official in one capacity or another. It may be you. A department’s credibility could be on the line.

As a fire professional you should be very familiar with how building materials are identified with respect to fire characteristics, especially involving labeling. But, you should be prepared to challenge anyone who wants to install something that is not properly tested and rated according to the rules, no matter what their advertising says. This means you should know how fire ratings are established and how important they are to safety.

All of the model fire and building codes, require some form of fire-safe construction in specific building structural and content scenarios. These codes rely on two different kinds of methods of evaluating compliance with the code. These methods are either a test of the flame-spread rating of a material or the fire-resistance rating of an entire construction assembly. Flame spread and fire-resistance ratings are two separate issues. They must be addressed independently when applied to buildings, structures and contents.

As fire marshal you need to know the distinction between these two test methodologies. The concept of performing scientific fire tests is not the same as the concept of conducting fire demonstrations that have become very popular in the last decade.

For example, the classic demonstration used in the advocacy of residential sprinklers has resulted in many firefighters conducting side-by-side demonstrations of sprinklered and non-sprinklered compartments. Those events are NOT TESTS.

Another example is the burning of structures for fire training that focus upon one or more building features like lightweight wood construction or roofing materials. These are also not tests. Any timeframes that are derived from such demonstrations need to be carefully evaluated before they are accepted as guidance for the use of these materials in actual construction. Because demonstrations often give impressions that are dramatic but fail scientific scrutiny, they should never be called “tests.”

Tests are based upon standards. And, compliance with those standards is very specific. A test is a protocol that adheres to very specific conditions and has results that can be measured and replicated. Moreover, there are many different standards to test for specific characteristics of building materials and assemblies.

Most test results are determined by being tested by an independent, non-governmental testing service such as FM Approvals (formerly Factory Mutual) and Underwriters Laboratories, Inc.

What Does a Fire Resistance Rating Mean?

A fire resistance rating is just one of many tools used by engineers to assess relative fire risk. Fire resistance testing simulates the effects of a real fire and is based upon specific protocols. This test measures the ability of a material to continue to function in a fire environment. The flammability characteristics of the materials being exposed to controlled external flame are what is being measured. In testing a material, flammability of the material is determined by the amount of time required for the object under test to self-extinguish after removal of the test flame. If the part does not support burning, and that exposure to a flame does not result in the spreading of surface burning, it is given a rating. If the part does support burning and provides little resistance to fire spread, it may be given a different rating.

In addition to fire resistance, other properties of the construction materials to be considered by you in the approval process might include burning characteristics, fuel load of the location if its applicable, and the proposed occupancy use of the structure or occupancy. All of these features must be considered before an assessment of the actual fire risk can be made. Additional factors such as building location, distance to fire services, and the presence or absence of other fire protection systems are also part of this complex assessment process.

There are two basic tests we should discuss. They are the Steiner Tunnel Test and the Full-Scale Furnace Test. The former is used for materials and the latter is used for assemblies. Let’s look at the Steiner test first.

Most products advertised as “fire rated” for flame spread have been tested to National Fire Protection Association (NFPA) standards, American Standards Testing Materials (ASTM) standards, or Underwriters Laboratories (UL) standards. However, tests are always conducted by an independent laboratory from that which produces the standard.

A flame spread rating alone does not predict the performance of an assembly, or system, or even an actual building fire. In fact, no fire test method that is conducted under laboratory conditions can predict what will happen in a real structure fire. In a real fire there are factors that have an effect upon the materials, such as the building’s actual configuration, the time the fire has been spreading, the time of alarm, time of arrival of fire equipment and the interaction with built-in devices like fire sprinklers and detectors. Moreover, in a real fire, factors such as the actual fire load, the occupancy and other variables can influence actual burning characteristics. It is recognized that this is a complex issue. But, the tunnel test does provide a scale of resistance to flame spread.

Fire tests are simply convenient ways of classifying materials and establishing a ranking of performance among different materials, so designers can compare and select materials and systems for specific projects. Fire test results, including fire resistance ratings, enable code officials to compare materials and systems against code requirements to determine compliance. It may help for you to think of a fire resistance rating in the same way you would think of the mileage sticker on your new car. The mileage on the sticker is determined under very specific test conditions, but your actual mileage will likely be either more or less than the mileage on the sticker under real-world conditions.

If a building material or an assembly is advertised as having a “fire-rating” or touted as “fire retardant” or “fire resistant,” it must also provide evidence of the standard to which it was tested and the name of the independent laboratory that performed the tests.