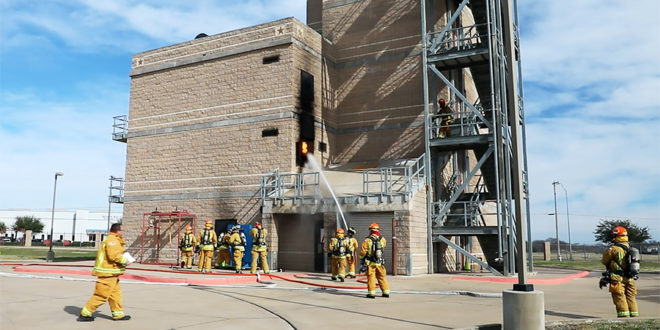 We’ve all heard the adage “an ounce of prevention is worth a pound of cure.” Often attributed to Benjamin Franklin—one of America’s most well-known founding fathers, who was also the genius behind Philadelphia’s first fire department, the Union Fire Company*—the saying rings true today, just as it has for hundreds of years. While many might claim that Mr. Franklin was a man before his time, it is clear that he had the foresight to realize the inherent danger that fire presents, irrespective of whether it’s 1719 or 2019.

This is something all firefighters know. They live, and unfortunately sometimes die, with this knowledge, despite the many improvements in fire prevention and safety that have evolved over time. Fire sprinklers are essential in helping prevent fires from spreading, thereby minimizing the loss of life and property. If we know this, then why aren’t all buildings—whether commercial or residential—required to install and maintain these life-saving systems? Is cost the major factor, and if so, how do we determine the value of a human life?

Seeing is Believing On Valentine’s Day, six team members from AFSA were welcomed by the Garland Fire Department in Texas for a 3.5-hour tour, culminating with a demonstration where rooms in a tower were set ablaze and contained by firefighters in less than 10 minutes. Windy conditions that morning fueled the flames, which spread quite rapidly. It was easy to see how quickly the fire could turn deadly.

As we watched the fire gain momentum, it was clear that the professionals involved in assessing and handling the situation (along with copious amounts of water!) played the critical role in extinguishing the fire. Fortunately, the drill went as expected. One thing was obvious though… if fire sprinklers had been available and operational in that specific area of the tower, the fire would not have progressed at the pace it did, which would have given firefighters the means to contain the fire much faster. The demonstration clearly proved the point about the need for fire sprinklers and the difference they can make in preventing widespread damage when time is of the essence.

AFSA team members are grateful to Fire Battalion Chief Glenn C. Johnson, the firefighters, and staff at the City of Garland for providing an insightful visit, including a walk-through of the building and grounds. The tour also showcased a myriad of old fire-fighting equipment and tools. Looking at the soot-worn objects and reading about some of the losses that incurred over the years redirects the conversation to focusing on prevention and early intervention—not only in Garland, Texas but in jurisdictions throughout the country and around the world. And that’s precisely where AFSA members make the critical difference through the design, installation, and maintenance of fire sprinklers, knowing that prevention is worth far more than “a pound of cure.”

A ‘Future-Proof’ Industry? While it is clear that fire sprinklers reduce casualties—relative to both people and property, does that mean our industry can simply assume that it will always be “business as usual” and our work will always be valued in the marketplace? Not at all. For those who have been contractors for many years, you know that business conditions can change fast… really fast. Disruption in the market is ever-present, with economic and political changes often the precipitating factors. However, other factors, such as new products and services in the marketplace, customers’ ever-changing needs, and the integration of multiple generations into the industry, also play a key role in the dynamics of our business.

Identifying trends is important as is taking some planning time to introspectively consider what your company’s or jurisdiction’s next five, or even 10, years might look like. Becoming too comfortable or complacent with the present will only limit the potential of the future. AFSA is dedicated to providing information and insight to help you keep ahead of the curve. We’re here to challenge you to explore new avenues and be open to ideas that will enable your company or AHJ to create a culture of change where innovation is welcomed. How can you rethink the way processes are being done? What can you reimagine relative to how you conduct business?

Remember that “ounce of prevention” axiom? It applies here too. Don’t wait until you need to change to change! AFSA is here to help you do just that, sooner rather than later. We invite you to cash in on new programs and discover ways to get more involved with your Association. Plan now to attend the largest fire sprinkler convention and trade exhibit in North America, October 1-4, 2019 at the Manchester Grand Hyatt in San Diego, where you will hear from renowned experts, and visit with manufacturers and suppliers. Take advantage of the opportunity to expand your thinking—and your business—by connecting with other members from across the globe. Just as Mr. Franklin did through foresight and innovation.

ABOUT THE AUTHOR: Debra McGuire,  MBA, IOM, CAE, is President and CEO of the American Fire Sprinkler Association.

*Burt, Nathaniel (1999). The Perennial Philadelphians: The Anatomy of an American Aristocracy. University of Pennsylvania Press. p. 142. 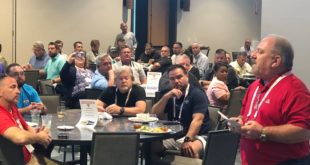