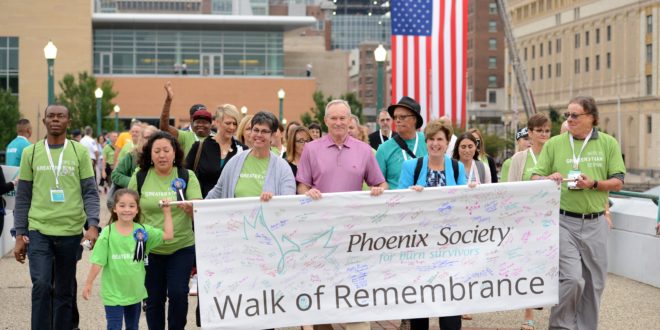 This was the first year a side-by-side burn demonstration was held and proved popular with attendees. 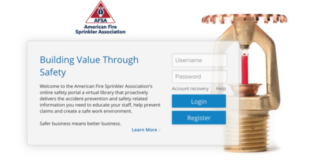 The summer before I went off to college to pursue my dream of becoming a nurse, I suffered an electrical burn injury at my job at a local marina. The accident, which caused the death of a coworker and left me in the hospital for two-and-a-half months, was preventable. In the time since my injury I have focused, or even obsessed, on trying to understand why this happened. I found myself asking a lot of questions: Why did I survive? Why did someone have to lose their life? How can I make sure something like this never happens again?

I eventually went on to become a burn nurse, and ended up working in the very same burn unit where I was treated for my injuries years before. It was during my time as a nurse that I realized my story, and my particular type of accident, was somewhat rare. I was electrocuted after the mast of a sailboat hit a high-tension wire, but many of the people I was treating in the burn unit were burned in fires because buildings were not up to code, or proper safety procedures and precautions, that are meant to save lives, were not enforced.

After seeing a continuous stream of patients coming into the burn unit with injuries that should have been preventable, I realized that there was a bigger issue at hand. I was treating burn injuries after they had happened, but what if there was a way, as a community, to address the root cause of these accidents and prevent them from ever happening in the first place? This idea captivated me.

When I became the executive director of the Phoenix Society for Burn Survivors in 1998 I began to make lifelong connections with those in the burn community. In meeting with burn survivors and their families, or those providing care to them, I realized that many survivors had a passion for preventing burn injuries. Through their tragic experiences came a drive to ensure that what happened to them would never happen to anyone else. It was then that I realized the burn community, united as one, could be the solution to the bigger problem of preventable fires and subsequent injuries.

Over the past 20 years, Phoenix Society has cultivated a global advocacy program that makes it possible for burn survivors to contribute their voices. Their unique stories address the issues of burn care, fire prevention, and an increased acceptance of those with scars.

A main focal point for our advocacy efforts is the required installation of fire sprinklers, and this was put in the spotlight in the evening hours of February 20, 2003. During a concert, a deadly fire broke out at The Station nightclub in West Warwick, Rhode Island, and ultimately took the lives of 100 people, and injured 230 more. Investigations revealed that the nightclub was not fitted with fire sprinkler systems, which was a major factor in the death toll.

Weeks after the fire, our team testified at a special hearing held by the National Fire Protection Association (NFPA) and we shared our recommendations that could be implemented in order to ensure something this devastating, and of this magnitude, never happens again. We stressed the fact that if there had been fire sprinklers installed in the nightclub, the outcome for many would have been drastically different.

Phoenix Society’s mission is to empower burn survivors throughout every step of the recovery process, both physically and emotionally. Our advocacy work has created a platform where survivors can be a direct part of the solution, which has instilled a sense of greater meaning for many.

Over the years, Phoenix Society advocates have been key in advancing the required adoption of fire sprinklers. Our national partners have found the survivors voice to not only be inspiring, but to be incredibly impactful and effective in driving change.

Seeing many of The Station nightclub survivors find their voice through advocacy efforts, and their drive to prevent injuries like theirs, was something that brought about an even greater sense of purpose in our work.

Trained Phoenix Society advocates have served as key allies for continued change in the fire prevention industry. Advocates like Rob Feeney, who were unsure if their voice would ultimately matter, played an important role in last year’s huge industry win, when the fire sprinkler tax incentives were passed. Burn survivors, turned advocates, have become a united force for these types of endeavors.

The fire sprinkler tax incentive, specifically, was something that took more than 14 years of effort and hard work to come to fruition. This legislation makes it possible for business owners to retrofit their buildings with fire sprinklers without huge financial repercussions. These types of victories happen when industry organizations and the burn community come together as one to fight for a common cause.

Most importantly, these efforts are done largely in part to honor those who no longer have a voice.

After seeing the type of impact that can come from burn survivors uniting their voices, we realized this was something special and something that works. Bringing in a human element and expanding the focus of industry codes, data, and standards, is vital. It is important to remember that this advocacy work is focused on one thing: saving lives.

Burn survivor advocates working in tandem with the fire protection industry, fire service providers or codes and standards organizations is an efficient and effective way to bring about change.

As I continue to work with those who have been faced with a traumatic burn injury, it is healing to know that our voices can help prevent something like this happening to another person. It brings meaning to the suffering and helps us all stay focused on the fact that the best treatment of someone with a burn injury is preventing it in the first place.

ABOUT THE AUTHOR: Amy Acton is executive director of the Phoenix Society for Burn Survivors. She is a member of the NFPA board of directors and also serves on the board of the Home Fire Sprinkler Coalition (HFSC). Additionally, Acton has participated on numerous American Burn Association (ABA) committees and was the founding co-chair of the Phoenix Society and ABA joint committee on Aftercare and Reintegration. For more information visit phoenix-society.org. 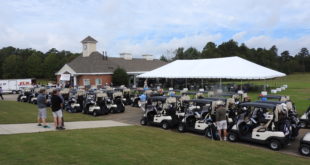 Making a Difference in the Community