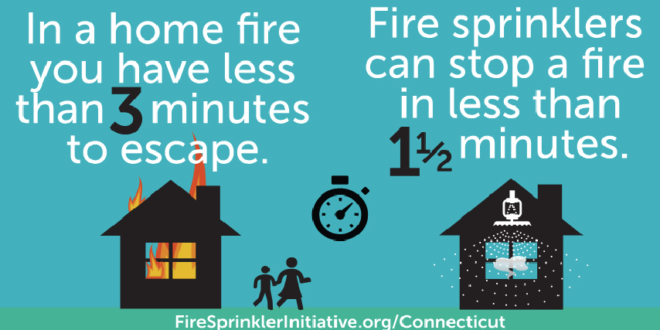 The Connecticut Fire Sprinkler Coalition partially used a $5,000 grant to create a billboard ad at Dodd Stadium in Norwich, home of the Connecticut Tigers.

In 2015, a Maryland delegate introduced legislation to weaken the statewide requirement to fire sprinkler Maryland’s new homes. Knowing this technology can significantly reduce fire deaths and injuries at home, the fire service there immediately cringed. Word of the bill spread, as did local media stories that seemed to side with sprinkler opponents. Some stated, rather inaccurately, that the sprinkler requirement would “price people out of the housing market” and place “the dream of building a new, affordable home… out of reach.”

State safety advocates collaborated to fight the bill, and weren’t afraid to ask for help. The Maryland State Firemen’s Association applied for and received a $10,000 grant from the National Fire Protection Association (NFPA). Administered by NFPA’s Fire Sprinkler Initiative, the Bringing Safety Home grant accelerates sprinkler-related advocacy and educational efforts across North America. As the media perpetuated misinformation on fire sprinklers, safety advocates countered the myths by initiating live burn/fire sprinkler demonstrations via two mobile trailers created by the grant. Members of the firemen’s association and Maryland Fire Sprinkler Coalition also produced educational materials that were disseminated to legislators during conversations about the necessity of fire sprinklers.

Their efforts worked; the bill died in committee in 2016. “Every time we had a side-by-side demonstration, we not only invited the public but also all legislators,” says Richard Smith, vice chair of the Maryland State Firemen’s Association Legislative Committee. “Attendees were also given literature about home fire sprinklers. There is no question the grant we received was a great help in defeating House Bill 19 last year.”

Since it launched the Bringing Safety Home Grant in 2015, NFPA has awarded approximately $200,000 to 32 recipients in the U.S. and Canada. Priority went to applicants who were members of the 30 state-based fire sprinkler coalitions, who have been advocating locally for home fire sprinklers. Applicants were also tasked with flexing their creative muscle to develop something unique in their region. These efforts have helped advance the mission of the Fire Sprinkler Initiative: increase the use of home fire sprinklers via the adoption of sprinkler requirements across North America.

In Connecticut, for example, the state coalition partially used a $5,000 grant to create a billboard ad at Dodd Stadium in Norwich, home of the Connecticut Tigers. The banner (seen on page 38) compares the speed of today’s fires with the quick impact of home fire sprinklers. NFPA also assisted with creating a video announcement at the stadium supporting fire sprinklers. Both were viewed by more than 50,000 attendees at the stadium’s baseball games and other events. Also harnessing the power of ads was the Massachusetts Fire Sprinkler Coalition, which produced a 30-second TV spot urging potential homebuyers to “ask for home fire sprinklers.”

Elsewhere, the Missouri Fire Sprinkler Coalition received a grant to convene all stakeholder groups with a vested interested in home fire sprinklers. At a local summit, home developers, water purveyors, the fire service, and others discussed reasons for installation cost disparities in the St. Louis area, compared the costs to the national average (NFPA’s research places this figure at $1.35 per sprinklered square foot), and identified methods to reduce that gap.

Maximizing its $8,500 grant, the Wyoming Fire Sprinkler Coalition created side-by-side burn units underscoring the speed of today’s home fires and rapid response of fire sprinklers. For added effect, some of these events were held at night to intensify fire’s fierceness. The coalition also used its grant to secure booth space and produce localized resources for 10 public events throughout the state.

“We asked fire sprinkler advocates to use some ingenuity in spending the grant, and they excelled,” says Lorraine Carli, NFPA vice president of outreach and advocacy and president of the Home Fire Sprinkler Coalition. “These grants have helped combat vocal opponents of fire sprinkler requirements and educated a new batch of North American homeowners on this important, life-saving technology.”

While the Bringing Safety Home grant will not be offered this year, the Fire Sprinkler Initiative has released a detailed report on the grant (available for download at FireSprinklerInitiative.org/Grant) in the hopes of providing safety advocates with new ways to promote this technology. The Fire Sprinkler Initiative is also bolstering its free advocacy resources found on its site; currently in the works is a PowerPoint presentation for advocates summarizing the data, myths, and facts of home fire sprinklers, free webinars, and customizable letters to the editor and op-eds for local publications. NFPA recently released a downloadable, digital toolkit filled with the site’s popular resources. The new materials build on the messages and free resources created by the Home Fire Sprinkler Coalition (HomeFireSprinkler.org), a nonprofit that produces strictly educational material on home fire sprinklers.

“Through grants and free resources, NFPA provides the necessary tools to become an effective advocate for home fire sprinklers,” says Carli. “And as our army of advocates grows, so will the number of sprinklered homes.” 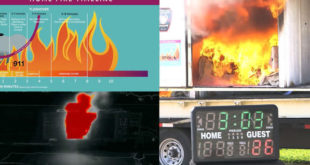