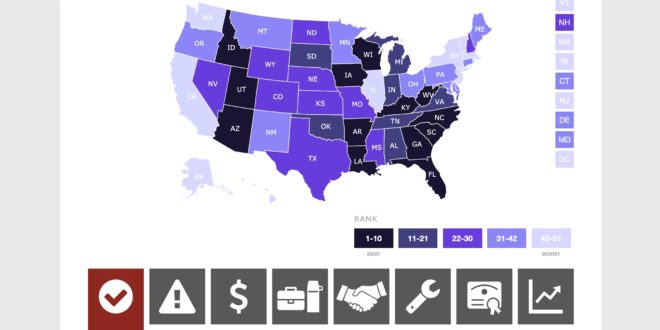 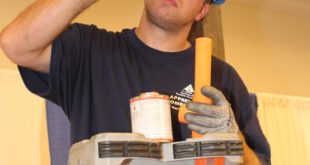 Florida Tops Rankings for Second Year in a Row

Associated Builders and Contractors (ABC) has released its 2019 Merit Shop Scorecard, an annual ranking based on state policies and programs that encourage workforce development, career and technical education, job growth, and promote fair and open competition for taxpayer-funded construction projects.

Florida topped the list for the second year in a row based on the state’s continued commitment to pro-free-enterprise policies and workforce development initiatives impacting the construction industry. Kentucky saw the biggest improvement in its ranking, jumping from 23rd in 2018 to seventh this year after passing the Fair and Open Competition Act in March, which ensures all of the state’s skilled construction workforce and qualified businesses can compete on a level playing field for contracts to build state and local public works projects.

“Policymakers from Florida and other top-ranked states have created the conditions for merit shop construction contractors to thrive, which ultimately benefits taxpayers,” said Ben Brubeck, ABC’s vice president of Regulatory, Labor and State Affairs. “By prioritizing workforce development and policies that allows for fair and open competition, these top-ranking states have created an environment that leads to good-paying jobs, increased opportunities for small businesses and overall economic growth across the state.”

Comparatively, Alaska dropped from 44th to last place this year due to a lack of funding for initiatives promoting workforce development, which remains a top priority for ABC and its members. Illinois, in second to last place, received an F rating in project labor agreements, prevailing wage, right-to-work and workforce development incentives for the third year in a row. In addition, Nevada fell from 22nd to 29th due to the repeal of the state’s pro-taxpayer fair and open competition law and rollback of sensible prevailing wage reforms. 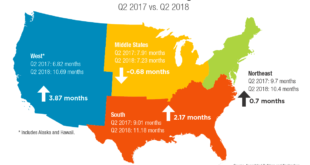