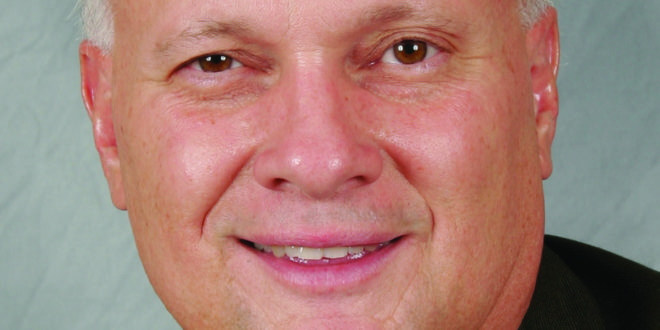 Ted Wills Re-Elected Chair of the Board

Wills continues as Chair of the Board in 2021. He was an active member of AFSA in its early years, serving on the AFSA Board of Directors from 1987-1993. He began his fire sprinkler industry career in 1972 in the sprinkler division of his father’s mechanical company. Upon graduation from Waynesburg College in Pennsylvania, he and his father started Anchor Fire Protection as a separate company. As chair of the Board, Wills is chair of the Executive and Staff Advisory committees.

“The COVID-19 pandemic brought about many challenges for our families, businesses, and our association,” comments Wills, “but I continue to see strength in our membership and our industry coming together to help one another. We will emerge stronger from these trials, and our industry will recover.”

Wills notes he will continue to focus on training and growing the AFSA membership in 2021. “This year, we increased our online training efforts, and we are now safely delivering our in-person courses to cities and towns near you. We will continue this into the New Year.”

He continues: “With the hiring of Bob Caputo as AFSA president, we are headed into an exciting year. We also have created two new membership categories—students and retirees. I welcome these groups to the AFSA family and look forward to their involvement. I am excited to jump in the New Year and encourage our members to reach out to me or any member of the Board or staff with questions or comments.”

The AFSA Board of Directors is comprised of seven Regional Directors (one for each of the seven membership regions), At-Large Directors, and the Immediate Past Chair. The Board has a wide array of expertise, experience, and education that provides strong support to both the Chair and the association as a whole.

Region 1 Director Lyle Hall, president and co-owner of Western Fire Protection in Poway, California, has been in the fire sprinkler industry for 41 years, with the last 25 years at Western Fire. Hall started in the fire sprinkler industry as an apprentice pipe fitter and worked his way into design, project management, sales and eventually management. He is co-chair of AFSA’s Apprenticeship & Education Committee.

Region 2 Director is Don Kaufman, president of Kaufman Fire Protection, Albuquerque, New Mexico. With over 43 years in the sprinkler business, Kaufman was instrumental in starting AFSA’s New Mexico Chapter and is a past president of the chapter. He is chair of the Bylaws Committee.

Region 3 Director Rod DiBona is the chief operating officer (COO) of the Rapid Fire Protection Group (R.F.P.G), with branches throughout the western United States, headquartered in Rapid City, South Dakota. DiBona entered the fire protection industry in 1990 and entered the AFSA apprenticeship program in 1991. In October of 1993, he was asked by Marty Hammon to join him, his son, and son-in-law to create Rapid Fire Protection. DiBona currently serves on the board of directors for R.F.P.G. He is currently the chair of the Long-Range Planning Committee and the co-chair of the Apprenticeship & Education Committee. DiBona is a NICET (National Institute of Certification in Engineering Technologies) Level III Certified Engineering Technician in Water-Based Systems Layout.

“I am honored to serve on the Board of this great organization,” comments DiBona. “So many people have come before us, and their collective efforts have afforded the merit shop contractors the opportunities that we have today. AFSA’s group of dedicated people are committed to ensuring that this continues and extends to the next generation of members.”

Region 4 Director Dwight E. Bateman is founder and president of Southeast Fire Protection, Inc. in Houston, and is a past Chair of the Board. Beginning his career as vice president of Semico International, Inc., a fire sprinkler contractor, Bateman has 42-plus years of experience in the industry. He opened Southeast Fire Protection in 1986 and joined AFSA in 1989. Bateman is chair of the Contractor Support & Advisory Committee.

Region 5 Director and Secretary of the Board Jeff Phifer is president and CEO of Crawford Sprinkler Company of South Carolina, based in Lugoff, South Carolina, one of the oldest family-owned and continuously operated fire sprinkler contractors in the nation. Phifer has been at Crawford for 43 years, working as a fitter, service technician, and in administration. In 1999, he became the third generation to be president and chairman of the board at Crawford Sprinkler Company. Phifer is chair of the Public Education & Awareness Committee.

Region 6 Director Michael F. Meehan is president of VSC Fire & Security, headquartered in Richmond, Virginia. A 1981 graduate from George Mason University in Fairfax, Virginia, Meehan began his fire sprinkler career working summers as a pipe fitter apprentice. He is a NICET Level IV Certified Engineering Technician in Water-Based Systems Layout and has more than 40 years’ experience in sprinkler design engineering, estimating, project management, and senior management. Meehan is a past AFSA Chair of the Board and represents installing contractors and AFSA on the NFPA 13 committee.  He presently chairs the Insurance & Safety committee.

Region 7 Director and Treasurer of the Board Paul DeLorie is senior vice president of Hampshire Fire Protection Co., based in Londonderry, New Hampshire. Hampshire Fire Protection is one of the largest merit shop fire sprinkler companies in New England. DeLorie is a graduate of the University of New Hampshire. He has over 36 years’ experience in sprinkler design, estimating, sales, project management, and senior management. As treasurer, DeLorie chairs the Budget & Finance Committee.

Serving as At-Large Director and Second Vice Chair, Linda M. Biernacki is the founder/president of Fire Tech Systems, Inc., Shreveport, Louisiana. Fire Tech Systems is celebrating its 30th anniversary this year with 90 team members in two offices and licenses in six states. Biernacki provides 30 years of industry experience, knowledge, and background. She is a NICET board member, past president and board member of the Louisiana Fire Sprinkler Association, and represents AFSA on the NFPA 232 Committee for Protection of Records. She is a certified in NICET Level III Fire Protection Engineering Technology Water-Based Systems Layout and certified by the Women’s Business Council Gulf Coast, and is the outgoing AFSA Membership/Chapter Grants & Development Committee chair.

“In 2021, it is my honor to serve as the 40th Anniversary Convention Committee Chair and I have a ‘Rock Star’ committee that is going to make the event special for our members,” comments Biernacki. “AFSA is the premier merit shop organization and our 40th anniversary convention will reflect the importance of educating and cultivating AFSA members. We are going to catapult a surge of invigorating excitement for the future vision of our merit shop organization into the next 40 years.”

At-Large Director Chris Johnson is president and CEO of Piper Fire Protection, Inc. located in Clearwater, Florida. He has served in that capacity since 2002. Johnson holds a NICET Level III in Fire Sprinkler Layout, Florida Fire Protection Contractor I License, and his Fire Equipment Dealers’ Licenses Class A and D.

Johnson has served on AFSA’s Florida Chapter since 2011, serving as Education and Legislative Committee chair as well as vice chair and chair of the chapter. He was appointed to represent the fire sprinkler industry on Florida’s Construction Workforce Development Taskforce since 2017. Johnson has served on the Board of ABC for the Florida Gulf Coast Chapter since 2015. He serves as the second vice chair and is active in its Legislative and Apprenticeship & Education committees. He has also served on the ABC Florida State Board.

“As the newest member of the National Board, I am in awe of the passion and experience I get to work with and learn from at our meetings,” states Johnson. “I also am so proud of our Executive Board for their leadership throughout this transitional year. Our Chair Ted Wills was the right leader to have at the helm, and I could tell how much he appreciated our other Executive Board members as well as our senior leadership staff this year. Our industry is truly blessed to have had that leadership team leading this organization during our some stressful times organizationally, societally, and economically.”

He continues: “My goal for this year is to continue to contribute. I sit in every committee meeting I can and just try to absorb all I can from some of the smartest people in our industry. My personal goal has always been to remember in every instance that I am serving our members in all that I do and try to remember how our decisions at National might affect our members and our chapters around the country. They are the reason I am here.”

At-Large Director and First Vice Chair Jack A. Medovich, P.E., is CEO and founding partner of Fire & Life Safety America, formerly known as East Coast Fire Protection Inc., in Richmond, Virginia. A 1983 graduate of the University of Maryland School of Fire Protection Engineering, Medovich served three years as fire marshal of Fairfax County, Virginia, before joining the fire sprinkler industry 35 years ago. He has been active in AFSA since 1991, is a past chair of the Chesapeake Bay Chapter, and served the Virginia Chapter as chair and as a member of the board of directors for many years. He represents AFSA on the Correlating Committee on Automatic Sprinkler Systems encompassing NFPA 13, 13R, 13D, 24, and 291. In the past, he has served as a member of the following NFPA committees: NFPA 14, 20, 24, 101, and 750.

“As we enter the next few months of uncertainty, rest assured that AFSA will be here for you no matter what!” comments Medovich. “We have created a ‘best-in-class’ engineering and technical services department that can train your team in any area that you desire, virtually or in-person. I’m very excited to see where our Board of Directors in concert with our new President Bob Caputo takes us over the next year. Even though we are in uncertain times, it is also an exciting time for our Association!”

“2020 has been a year of changes,” notes Strickland. “Change is not always bad, but it is inevitable. However, it takes time to adjust to ‘the new normal.’ Let’s look at the new normal, not as a problem, but an opportunity! You may say, ‘Opportunity to what?’—I will leave that up to you!”

At-Large Director and Immediate Past Chair of the Board Wayne Weisz started his career as an apprentice in 1979 and worked his way up through the ranks to foreman and later general superintendent at American Fire Systems in Lodi, California. In 1986, Weisz and his brother Byron founded Cen-Cal Fire Systems, Inc. in Lodi, California, and in 1997 he established D-M Fabrication, an independent pipe fabricator serving the western U.S., which later sold to a national supplier. Cen-Cal Fire Systems became an AFSA member in 1987, and Weisz has been on the AFSA national Board since 2005. He has twice served as chair of the Convention Committee and chaired the Membership/Chapter Grants & Development Committee for many years. Weisz is actively involved in the AFSA Sacramento Valley Chapter, which he helped to establish in 1999. He has been very involved with apprenticeship issues in California and served on CAFSA’s California Apprenticeship Training Board for over 20 years, including two terms as its chair.

Here to Serve You

AFSA’s Board of Directors is strongly committed to the continuance of the merit shop philosophy; the promotion of property and life safety through the use of automatic fire protection; and the continued development of training for fire sprinkler fitters, layout technicians, inspectors, and management. AFSA members are encouraged to voice any questions or suggestions with any member of the Board or staff. If you have a question or comment, please see the list of contacts located in the front of every issue of Sprinkler Age or on the AFSA website at firesprinkler.org/board.

Tags 2021 AFSA Board of Directors

Previous Continue Training Amid the Pandemic?
Next President’s Report