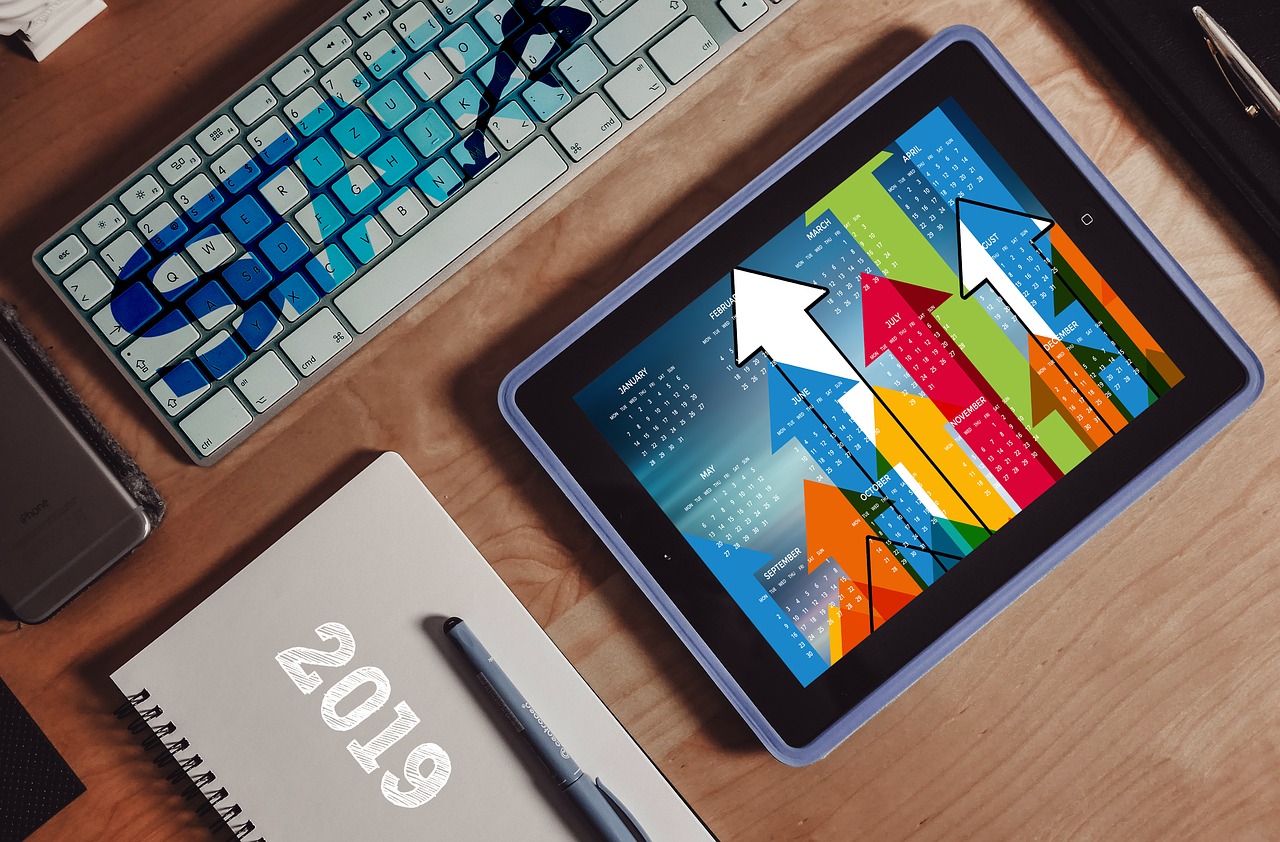 “Next year is going to be an exciting year as we will be transitioning in a new association president,” comments AFSA Chairman of the Board Wayne Weisz. “That person has not yet been chosen, but we are very close and should have a decision within the next month.”

He continues: “One goal for 2019 will be to continue expanding our member services. We have great programs already in place and we will focus on making any improvements we can with those programs. As was the case in 2018, we will again, in 2019, look to expand and create new chapters. Membership growth has always been a priority for us,” says Weisz.

Strickland shares his thoughts on serving as a director: “I plan to continue the great legacy of those who have served before me by being a voice for the merit shop contractor by promoting and supporting AFSA’s strong training programs. Currently, Strickland Fire Protection has five employees who are enrolled in the apprenticeship program, three employees enrolled in the ITM Inspector Development program, and one employee enrolled in the Beginning Fire Sprinkler System Planning School.”

Strickland continues: “I also want to continue giving back to an industry that has been so good to me and my family. I was blessed to have a great mentor, Manning Strickland, Sr., my dad. He taught me the trade and more than that, a strong work ethic. I realize that everyone is not always fortunate enough to have the same experience; however, every successful person has had someone who inspired them to be the best they could be. That person was someone who was ‘Deliberate And Dedicated’ to your success and instilled in you a passion for this trade. Ask yourself a very valuable question, ‘What are you going to do to carry on the legacy?’ I want to encourage you to look around, take what you have been given, and invest in the next generation. And remember, ‘Iron sharpens iron.’”

The AFSA Board of Directors is comprised of seven Regional Directors (one for each of the seven membership regions), At-Large Directors, and the Immediate Past Chairman. The Board has a wide array of expertise, experience, and education that provides strong support to both the Chairman and the association as a whole. Meet your 2018-2019 Board of Directors below.

Region 1 Director Lyle Hall, president and co-owner of Western Fire Protection in Poway, California, has been in the fire sprinkler industry for 39 years, with the last 23 years at Western Fire. Hall started in the fire sprinkler industry as an apprentice pipefitter and worked his way into design, project management, sales and eventually management. Hall is enthusiastic about the continued growth and the direction the AFSA is going, particularly with the development of new training programs and the update and expansion of existing ones.

“These are exciting times for AFSA, and our members will truly benefit from the work going on at the staff and committee levels,” Hall comments. “AFSA is producing nothing but top-quality products by true professionals in the industry.”

Region 2 Director is R. Donald Kaufman, president of Kaufman Fire Protection, Albuquerque, New Mexico. With over 41 years in the sprinkler business, Kaufman was instrumental in starting AFSA’s New Mexico Chapter and is a past president of the chapter.

“I am looking forward to ushering in new leadership as we set a path forward to maintain the incredible momentum that AFSA has,” comments DiBona. “I will personally be focusing on apprenticeship and education and, in particular, being part of a team that is updating AFSA’s Leadership Ladder program. This updated program has the potential to positively affect every contractor and supplier member and will hopefully influence many future leaders in our industry.”

Region 4 Director Dwight E. Bateman is founder and president of Southeast Fire Protection, Inc. in Houston, and is a past Chairman of the Board. Beginning his career as vice president of Semico International, Inc., a fire sprinkler contractor, Bateman has 41-plus years of experience in the industry. He opened Southeast Fire Protection in 1986 and joined AFSA in 1989.

Region 5 Director Jeff Phifer is president of Crawford Sprinkler Co. of South Carolina, based in Lugoff, South Carolina, one of the oldest family-owned and continuously operated fire sprinkler contractors in the nation. Phifer has been working at Crawford for 41 years, working as a fitter, service technician, and in administration. In 1999, he became the third generation to be president and chairman of the board.

Region 6 Director and Immediate Past Chairman of the Board Michael F. Meehan is president and a co-owner of VSC Fire & Security, Virginia Beach, Virginia. A 1981 graduate from George Mason University in Fairfax, Virginia, Meehan began his fire sprinkler career working summers as a pipe fitter apprentice. He is a NICET Level IV Certified Engineering Technician in Water-Based (formerly Automatic Sprinkler) Systems Layout and has more than 36 years’ experience in sprinkler design engineering, estimating, project management and senior management.

Region 7 Director and Treasurer of the Board Paul DeLorie is senior vice president of Hampshire Fire Protection Co., based in Londonderry, New Hampshire. Hampshire Fire Protection is one of the largest merit shop fire sprinkler companies in New England. DeLorie is a graduate of the University of New Hampshire. He has over 33 years’ experience in sprinkler design, estimating, sales, project management and senior management.

“A big challenge for our industry is workforce development,” says DeLorie. “Our skilled sprinkler fitters are aging out of the craft and AFSA needs to continue its emphasis on apprenticeship training. Our industry and community need qualified and properly trained people installing fire sprinkler systems. Lives and property depend on them.”

He continues: “Developing and training design technicians is another vital mission of workforce development that AFSA performs. Many companies struggle with the challenge of producing quality shop drawings that fit. Knowing the NFPA standards is a design necessity, but having a design technician who can effectively navigate computerized coordination with all the other building elements in a timely fashion is almost a luxury. This is especially confounding and very time consuming with projects that have 3D and BIM design requirements. Many companies need more design technicians to maintain their installed head counts when projects are 3D based. Our association is answering the call of workforce development with the AFSA apprenticeship training program and with the AFSA Beginning Fire Sprinkler System Planning School.”

At-Large Director and Secretary of the Board Linda M. Biernacki is founder and president of Fire Tech Systems, Inc. in Shreveport, Louisiana. With over 28 years of experience in all phases of business, she is certified by the Women’s Business Council Gulf Coast. She holds NICET Level IV, Senior Fire Protection Engineering Technology Water-Based Systems Layout.

“For 2019, the Membership & Chapter Development Committee, along with AFSA Director of Member Services Bradley Elliott, will focus on membership engagement and membership retention and chapter expansion into areas we have a heavy concentration on contractor members,” comments Biernacki. “What we have discovered is that AFSA staff and directors are implementing and expanding member services, but we need to do a better job educating and marketing how to access this information to our members.”

At-Large Director and Chairman of the Board Wayne Weisz started his career as an apprentice in 1979 and worked his way up through the ranks to foreman and later general superintendent at American Fire Systems in Lodi, California. In 1986, Weisz and his brother Byron founded Cen-Cal Fire Systems, Inc. in Lodi, California. Weisz has been on the AFSA national Board since 2005.

At-Large Director and First Vice Chair Ted Wills, Anchor Fire Protection Company, Perkiomenville, Pennsylvania, was an active member of AFSA in its early years, serving on the AFSA Board of Directors from 1987-1993. Wills began his fire sprinkler industry career in 1972 in the sprinkler division of his father’s mechanical company. Upon graduation from Waynesburg College, he and his father started Anchor Fire Protection as a separate company.

“In the coming year I would hope that all merit shop sprinkler companies will recognize that the only place to get training for their employees is through AFSA,” says Wills. “It is vitally important that we as an industry train ourselves to take advantage of the economic climate we currently experience.”

At-Large Director Donald G. Albares, vice president of American Sprinkler Co., Inc. in Harahan, Louisiana, is retiring from the board this year. Albares started his career in the fabrication shop at the age of 13. After attending the University of South Alabama on a baseball scholarship, he began as an apprentice fitter. As past president of the Louisiana Fire Sprinkler Association and an active member of ABC, Albares worked jointly for two years with the state chapters of ABC and AFSA to get the AFSA apprenticeship program recognized by the state of Louisiana.

Chairman of the Board Wayne Weisz recognized Albares and all he has given to the association during the opening general session of AFSA37.

“Don has truly dedicated his life to this industry as our longest serving member on the Board, with 24 years of service,” comments Chairman Weisz. “We greatly appreciate the time and expertise Don has given to AFSA and the industry and we will miss his involvement.”

Here to Serve You

AFSA’s Board of Directors is strongly committed to the continuance of the merit shop philosophy, the promotion of property and life safety through the use of automatic fire protection, and the continued development of training for fire sprinkler fitters, layout technicians, inspectors, and management. AFSA members are encouraged to voice any questions, concerns or suggestions with any member of the Board or staff. If you have a question or comment, please select the member you wish to contact from the list located in the front of every issue of Sprinkler Age or on the AFSA website at firesprinkler.org/board/. 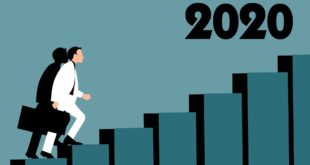