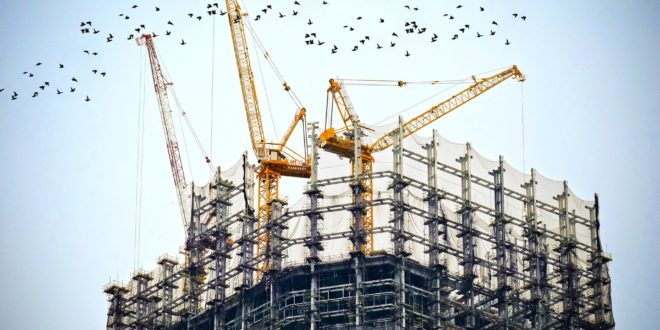 Image by Free-Photos from Pixabay

Last year, Mississippians voted overwhelmingly to approve Initiative 65 and legalize medical marijuana. While the fate of the initiative is currently in limbo — until the Mississippi Supreme Court decides its fate — it seems clear that a Mississippi medical marijuana program is inevitable, based on recent legislative activity.

Despite these developments in Mississippi, marijuana is still considered an illegal drug under federal law — at least for the time being. This tension between federal and state law presents new challenges for contractors (and other employers), particularly those working in multiple states and jurisdictions. Contractors must balance complying with divergent federal and state laws, maintaining a safe work environment, and protecting employees’ rights. Although difficult at times, there are steps contractors can take to help navigate this legal minefield successfully.

Maintain a Safe Workplace and Jobsite

The Occupational Safety and Health Act’s general duty clause requires contractors to maintain a safe jobsite and work environment “free from recognized hazards that are . . . likely to cause death or serious physical harm.” Construction sites already contain a number of hazards that can result in personal injury, and an employee’s impairment due to drugs or alcohol can seriously increase the danger to persons and property. Accordingly, most contractors have zero-tolerance policies that ban the use of alcohol and illegal substances. Although zero-tolerance policies typically permit an employee to avoid adverse employment actions by disclosing the use of prescription drugs prior to a positive drug test, these policies otherwise prohibit the off-site consumption of alcohol or drugs that will result in a positive test. The legalization of medical marijuana in a number of states, such as Mississippi, has made maintaining a zero-tolerance policy more difficult.

In some states, contractors must accommodate an employee’s use of medical marijuana. For example, in Noffsinger v. SSC Niantic Operating Co., LLC, a Connecticut federal court held that a federal contractor could not enforce its zero-tolerance drug policy against a medical marijuana user. An Arizona federal court agreed with the Connecticut court’s reasoning in Whitmire v. Wal-Mart Stores, Inc. Similarly, Oklahoma law prohibits contractors from discriminating or punishing an employee based on the employee’s status as a medical marijuana card holder or a positive drug test for marijuana or its components unless the employer would lose a benefit under federal law or regulations. Although these statutes do not prohibit contractors from disciplining employees who consume marijuana, or are under its influence, while on the jobsite, it may be difficult to determine when an employee is actually impaired and a drug test is warranted. This difficulty can give rise to liability for discriminatory drug testing or wrongful employment actions in instances where a contractor is mistaken.

Other states that have legalized medical marijuana do not require a contractor to accommodate employees’ use. In California, for example, a contractor can dismiss an employee who tests positive for marijuana and its components. Likewise, under Ohio law, contractors are not prohibited from refusing to hire, discharging, or disciplining a person because of the use or possession of medical marijuana, nor are contractors prohibited from establishing and enforcing a zero-tolerance drug policy.

Between these two ends of the accommodation spectrum, a number of states’ laws provide for varying levels of accommodation for employees’ medical marijuana use. In Illinois, for example, contractors are prohibited from discriminating against employees and job applicants who qualify as a medical marijuana patient unless the accommodation would result in the violation of a federal law or the loss of a federal benefit. Nonetheless, Illinois contractors may still impose reasonable limitations on the consumption of medical marijuana and enforce zero-tolerance and drug-free workplace policies as long as the policies are applied in a non-discriminatory manner. Other states, such as Delaware, Nevada, New York, and West Virginia, have similarly varied degrees of required accommodation.

The Mississippi initiative currently states that it will not “[a]ffect any existing drug testing laws, regulations, or rules” and that employers are not required to accommodate the use of medical marijuana at the place of employment. The Mississippi Department of Health (MSDH), which will administer the Mississippi program, is working to adopt and publish rules of regulations for the program by July 1, 2021, which should further refine this and other components of the initiative. How the initiative’s rules and regulations ultimately impact existing company drug-testing policies for Mississippi companies is, therefore, not entirely clear. Looking at other jurisdictions is the best source of information at this time.

To help navigate these nuanced laws, contractors — especially those with a multi-state footprint — should develop a well-defined drug policy and administer a drug-testing program in a non-discriminatory manner.

Developing a well-defined company policy on marijuana use will minimize the risk of harm to persons and property, and decrease the likelihood that drug testing and disciplinary action arising from marijuana intoxication will open the door to liability for adverse employment decisions. At a minimum, contractors should ensure that a company drug policy:

Once a contractor adopts a drug policy, it is critical that drug tests are conducted uniformly for all employees. Failure to do so can subject a contractor to liability for discrimination claims that arise from adverse employment actions.

If an employee tests positive for marijuana, the recourse available to a contractor can vary greatly under federal and state laws. For example, the Americans with Disabilities Act (ADA) currently does not shield an employee from adverse employment actions for using marijuana to treat a disability, even if the employee refrains from using medical marijuana while on the job. The ADA exempts from its scope the “illegal use of drugs” and defines that term to include any substances that are unlawful under the Controlled Substances Act, which currently lists “marihuana” as a banned substance. As a result, at least under the ADA, contractors can terminate an employee who tests positive for marijuana, even if that employee is disabled, prescribed medical marijuana, and only uses marijuana on his or her own time. Note, however, that under the ADA, if an employee discloses a disability and requests an accommodation, a contractor is required to consider reasonable accommodations, which could include transfer to a non-safety sensitive job (where the marijuana use may not pose a safety concern) or for temporary leave during treatment.

By contrast, as discussed above, some states require an employer to accommodate an employee’s use of medical marijuana and prohibit a contractor from terminating an employee for a failed drug test for marijuana use. Contractors should be mindful of the potential for conflict between their own drug-testing policies and requirements mandated by federal or state laws. If there are questions as to what actions a contractor can take against an employee for failing a drug test, contractors should seek the advice of legal counsel.

The Measure of Success

An effective drug policy decreases hazards and promotes an accident-free work environment. While state and federal laws meant to promote this goal may seem straight forward when read in isolation, problems arise when these laws overlap or conflict with one another. The growing number of states legalizing marijuana use, both medically and recreationally, and the nuanced differences between laws will only amplify this problem. Although all contractors need to implement well-defined policies and procedures, it is particularly important that contractors operating in any of the 30-plus states in which marijuana is now legal in some form take time to review current policies and evaluate the need for changes to ensure employee safety and reduce company risk. If you have questions about this rapidly changing legal issue, you should contact an attorney with experience in this emerging area of the law.

DISCLAIMER: Because of the generality of this update, the information provided herein may not be applicable in all situations and should not be acted upon without specific legal advice based on particular situations.