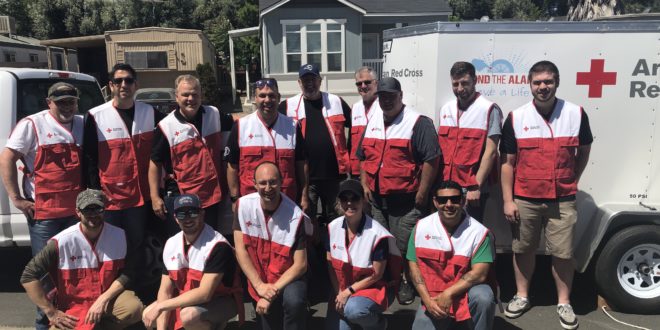 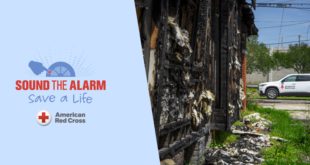 Donations Help During Disasters and to Raise Sprinkler Awareness

In 2018 the American Fire Sprinkler Association (AFSA) partnered with the Red Cross for the first time to include fire sprinkler information in its Home Fire Preparedness Campaign. Since then, AFSA has continued this annual partnership with the Red Cross to continue to spread life-saving fire sprinkler information to millions annually through the campaign.

Launched in 2014, the Red Cross’ Home Fire Preparedness campaign has installed more than one million smoke alarms in homes across the country. Through the partnership with AFSA, this campaign also began educating the public on not only having life-saving measures (such as smoke alarms) in place in the home but also educating them on the role home fire sprinklers play as the ultimate protection of their lives and property.

Each year, the Red Cross responds to nearly 64,000 disasters, the vast majority of which are home fires. So, the Red Cross set a goal to reduce fire-related deaths and injuries in the United States by 25 percent in five years. To date, Red Cross has documented 779 lives saved. On average:

A critical part of the Home Fire Preparedness campaign is “Sound the Alarm,” a series of home fire safety and smoke alarm installation events across the country. Together with fire departments and other community partners, the Red Cross volunteers to canvas at-risk neighborhoods, install free smoke alarms, replace batteries in existing alarms, and valuable emergency educational information, including information on fire prevention and safety education, which includes fire sprinklers!

Annually AFSA’s Public Education & Awareness Committee works to raise $10,000 to include fire sprinklers in this campaign, reaching the Red Cross’ over 4.4 million social media followers as well as thousands of volunteers, homeowners, and disaster victims each year.

Help Those Affected by Disaster While Supporting Fire Sprinklers

As you know, the Red Cross does much more than just this annual campaign. It strives to be there to respond to disasters and always be there in times of need. Currently, with many natural disasters having ravaged the United States in only just the past few weeks, as well as the ongoing COVID-19 pandemic, the Red Cross is working harder than ever before responding across the country to those in need. Actively it is responding to the emergency situations in both California, due to recent wildfires, and to the areas impacted by Hurricanes Laura and Marco, as well as those in the Midwest who were impacted by the recent and uncommon derecho, an intense and damaging windstorm.

With so much facing the U.S., the need is great. A donation to the Red Cross can provide life-saving aid to these areas in need while having the added benefit of supporting home fire sprinkler awareness.

Any donations made through its unique giving page counts toward AFSA and the Red Cross’ annual partnership. So while all funds are directly used on the chosen cause such as “Disaster Relief,” “Home Fires,” “Your Local Red Cross,” or “Service to the Armed Forces,” the money also counts toward the annual commitment that keeps fire sprinkler messaging in the “Sound the Alarm” campaign. You can support the causes close to your heart while also supporting fire sprinkler messaging and supporting the fire protection industry!

More than 90 percent of every dollar donated to the Red Cross is invested in humanitarian services and programs such as disaster relief and home fire aid. Your donation enables the Red Cross to prepare for, respond to, and help people recover from disasters as well as spread the fire sprinkler message across the country. Please consider donating by visit redcross.org/afsa-pub.