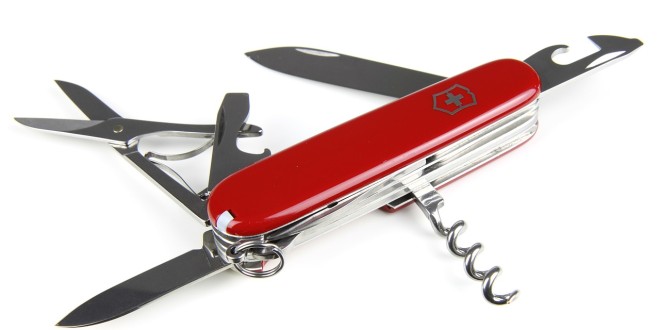 Back in the good old days, all it took to solve a problem was a Swiss Army knife, a roll of duct tape and a guy named MacGyver. But, nothing is sacred, and MacGyver eventually went off the air. His reputation of being an expert at Rube Goldberg problem solving resulted in more than one person being nicknamed MacGyver for their ability to solve problems. It’s interesting that the creator of the original MacGyver is now searching for a new candidate to wear the mantle of improvisation. The only requirement is that the new MacGyver has to be a woman. That is going to create a whole new set of scenarios for which there will be a unique solution. I know that my wife carries enough chemicals in her purse that she could probably take down a small army. But that’s not the real lesson to be learned from this change of events.

As a result of an improved awareness of diversity and equitable treatment, more and more women are entering the fire service and are making significant contributions. I won’t be naming many names in this column. But I am willing to talk about opportunity and why this may be a very good thing for the improvement of fire protection overall.

One of the advantages of being in the service for many decades is that you can observe the changes over time. For example, one of my first exposures to an influential woman in the fire service was the story of Lillie Hitchcock Coit, otherwise known as fire bell Lil’. Many firefighters do not know that Coit Tower in San Francisco was put there by Lily’s estate. They may also not know that there is a statue of three firefighters at the northwest corner in Square Park in San Francisco. Her involvement with the fire service is listed in many historical documents.

Now we have to fast-forward to the 1950s. It was not too long after World War II that women began to exert pressure in the workforce to be treated equally. This column is too short to debate all the issues surrounding that debate, but it should be noted that the fire service was predominantly male throughout the ‘50s and ‘60s. The perception that women were not welcome in the fire service belies the fact that according to the International Association of Women in Fire and Emergency Services, the first woman in firefighting was Mollie Williams, a slave in New York City who became a member of Oceana’s engine company number 11 about 1815.1 Regardless of the lack of historical attention, women have been members of the fire service for decades. If you’d like more detail on the topic please take a look at the website noted in the footnotes.

But, now let’s raise our eyes to the horizon of today and talk about the female contribution to the fire service. There are three areas where I believe that our female counterparts have made significant inroads into the workforce.

You might think that my number one target will be fire suppression. But, that’s not the focus of this column. I believe that the history of women in firefighting is very well established and needs no narrative to alter the speed or direction of recruiting and retaining females in firefighting. What I’d like to talk about has influence in my three areas and are as follows: fire engineering, public education, and fire code enforcement. If anyone is paying attention to the increase in the number of women who have been rising to areas of influence in these three areas, then they are likely to be aware of what I’m about to describe.

Of course, I’m not alone in this observation. There are several organizations that represent women in the fire service and there have been several documents, including texts and TV shows that have focused on women firefighters.

My emphasis is more on the three more proactive aspects of the fire service. As I was preparing this column, I was reminded of a very strongly willed former schoolteacher who was part of a public education effort in California. Her name is Jan Gratton. In spite of every obstacle that was put in her way she relentlessly pursued the development of public education programs and materials to address fire safety within the public education system.

Today, we are on the verge of seeing the first female president of the International Association of Fire Chiefs being seated. According to one report there are over 30 fire departments that have female fire chiefs. So, why do I feel compelled to write this column about women in the fire service? It is because I do not believe that we’re actively recruiting this talent pool as thoroughly as we should. As a profession we continually give the impression that the only place where someone is fulfilled in the fire service is to be part of fire suppression. I get that. I know that I enjoyed every moment of my time in the fire service, but the nature of our fire problem is changing and there is a strong need for people who focus their career on the three arenas I mentioned before: engineering, education and enforcement.

I once had those three words actually printed on the wall of my fire prevention bureau in Fullerton. Today, many fire departments employ the three Es as a motto. But where is the effort to successfully recruit more women into the fire service?

I am not going to try to answer that question in this column. Instead, I’m tossing it out there as a challenge. Could we be doing more to bring all forms of diversity into the fire service? This can be the subject of an extensive debate. Or, it can be the foundation of a more subtle approach to developing solutions for the future fire service.

The star of MacGyver was Richard Dean Anderson. Reportedly, his title character did not like guns because a friend of his had died in a firearms accident when he was younger. He preferred to solve problems through alternative means that included creativity, improvisation and a sense of subtlety. I will be waiting to see who they choose to be the star of the new show. As we proceed forward in developing programs and solutions for America’s fire problem, I think it’s in our best interest to reach out to a portion of our society that can help us solve problems without having to risk a life.