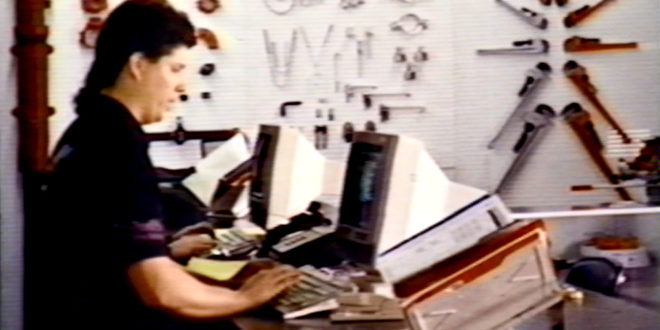 A Look Back… and A Look Ahead

In 1988, gas was 91 cents a gallon, the Redskins won the Super Bowl, and the most advanced technology for designing a sprinkler system was a blueprint, a pencil and a cup of coffee.

Around this time, there were also very few true distributors of fire protection products, and most manufacturers sold directly to contractors. So, when AFSA member Ferguson Fire & Fabrication came onto the scene as a distributor, then known as Pacific Fire Safety, it was a pivotal time not just for the company, but for the industry.

“At that time, manufacturers weren’t set up to fulfill hundreds of contractors directly, so, there were only a few sprinkler contractors who designed, fabricated and installed most jobs,” explains George DiMatteo, vice president of Ferguson Fire & Fabrication. “I like to think that the emergence of dedicated distributors relieved that pressure on manufacturers and allowed the industry to grow to what it is today.”

DiMatteo, who as a teenager worked as a pipe threader for a contractor, describes that back then, contractors also had to have the space and the financial ability to buy large quantities of materials to stock and fabricate in their own warehouse. Having distributors emerge in the industry brought material availability to the marketplace enabling small and medium businesses to thrive alongside their larger counterparts.

“Back then we felt like we were dabbling, and we felt like a small business too,” explains Mark Solomon, a Ferguson Fire & Fabrication sales manager who joined the business in its early years. “In the beginning, we were just starting to gain a foothold in the industry and had to share critical resources, like delivery trucks.”

In fact, many of their initial locations had no delivery trucks and were operating as will call facilities only.

During the late 1980s, the National Fire Protection Association (NFPA) adjusted the NFPA code requirement for fire sprinkler piping by adding A795 and A135, designating thin-wall pipe as an approved piping method. The industry rapidly shifted from schedule 40 threaded piping to thin-wall grooved systems, which opened a whole new world for fire protection contractors and Ferguson Fire & Fabrication.

“It changed our inventory, brought material and labor cost savings to our customers and increased the efficiencies of installation,” says DiMatteo.

These and other code changes allowed Ferguson’s vendors to grow, too, and over the years they have expanded their manufacturing locations, in many cases, internationally. While this growth has meant great opportunities for the industry, it has also brought increased scrutiny on a product’s country of origin.

“Domestic regulations have required our associates to verify where the product is manufactured and additionally substantiate where its components were sourced,” states Klein.

Ferguson Fire & Fabrication continued to expand through the 1990s and 2000s and decided to take on a new journey – pipe fabrication. It acquired its first fabrication shop in Sacramento, California, in a time when every contractor was a self-fabricator. However, because owning your own fabrication shop was an expensive endeavor, many contractors leaned on Ferguson’s capabilities to grow their own customer bases.

As a result, Ferguson Fire & Fabrication grew too, and in 2004, was worth over $70 million. That year they acquired the Clark Group, a key turning point for the business, doubling Fire & Fab’s revenue and bringing two talented teams together.

“Because of these trends, we have seen incredible growth for contractors, and it has driven the requirement for better flow characteristics in fire protection systems,” says DiMatteo.

“These are highly-orchestrated jobs, and pipe and fittings need to be ready to be installed seamlessly and with exceptional speed on the jobsite,” comments Klein. “Our fabrication material labeling and bundling ensure accuracy throughout the installation process.”

In 2008, the U.S. financial crisis shook the industry, and Ferguson Fire & Fabrication wasn’t immune to its effects. It was a challenging time, but the economic downturn brought them closer to their customers who needed additional support.

“We had such close relationships with our customers that we wanted to do everything we could to help them, even if it meant overextending ourselves,” states Klein. “We were on the phone trying to help everyone through. I still see a lot of those customers today, and they tell me, ‘You guys stood by us when we needed you most.’”

Today, 30 years after its humble beginnings, Ferguson Fire & Fabrication has 73 locations, 32 with fabrication shops, strategically located across the country. They recently opened a flagship location in Chicago, their largest location with over 90,000 ft2. While many of their customers are large businesses with intricate jobs, the Ferguson Fire & Fabrication culture remains deep-rooted in small business values.

“We started out small too, and worked hard to get the resources we needed to support our customers,” says Klein. “To this day, small contractors are just as important to us as our big contractors. When we hear about someone starting their own business, we sit with them and talk about managing their inventory and stocking their service trucks. We know how to help because we have been there.”

Even today, more than 50 percent of their business on the west coast is conducted at their will call counters, a byproduct of their early strategy plans.

When asked what is next for Ferguson Fire & Fabrication, DiMatteo says he looks forward to strengthening partnerships with industry associations. The business plans to work alongside the industry to promote fire protection life safety systems, support the adoption of stronger fire codes, increase access to top quality products and fabrication, and, above all else, continue to provide world-class customer service to meet the needs of the community.