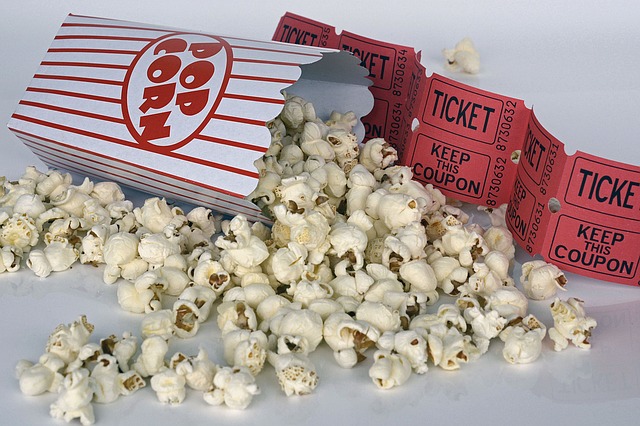 Hollywood Thinks They All Go Off at Once!

Fire Sprinkler Misrepresentations in the Media

It seems that everyone who works in the fire sprinkler industry inevitably develops a very specific pet peeve: the blatant misrepresentation of fire sprinklers in the media. Think about it. Can you remember the last time you saw fire sprinklers all go off at once in a movie or television show? Of course you can! Because it happens all the time.

It’s a common trope that Hollywood loves: one sprinkler is activated, and suddenly they all are. In the 2002 film Changing Lanes, Ben Affleck holds a burning piece of paper under a sprinkler head, which activates the entire system and creates a deluge in his office building, causing office workers to run screaming from their desks, immediately drenched. In the 1993 movie Hocus Pocus, the teenage hero holds a lighter up to a single sprinkler head, and all of them activate immediately, raining water down on the witches chasing him. And in the Veronica Mars movie (2014), in an attempt to end a bar fight, Kristen Bell holds her lighter under a fire sprinkler head, and all the heads in the bar go off. Clearly, it’s a plot device that Hollywood relies on, and one that would not have the wow-factor the movies love if the sprinklers worked as they do in real life.

Even when sprinklers are not set off on purpose, the myth that all heads are triggered at once is consistently played out on screen. It’s not just movies – television shows are just as guilty. In the NBC comedy The Office, when Michael Scott proposes to his girlfriend by filling a room full of candles, it causes every sprinkler in the office to activate and douses the office workers in water. In the long-running sitcom Frasier, a cooking fire at the Crane brothers’ new restaurant causes every sprinkler in the establishment to activate, ruining everyone’s meal. It’s great for comedic effect, but if you know how fire sprinklers actually work, it will just make you roll your eyes.

Another common misconception perpetuated in film is that there is some sort of special button that can activate all the heads in a sprinkler system. In the 2006 James Bond film Casino Royale, the villain breaks the glass on a box labeled “Emergency Sprinkler Override,” turns a key in the box, and all the sprinklers in an airport are activated. Similarly, in the 1995 crime drama Hackers, students use their internet hacking skills to access a sprinkler system remotely and discharge the sprinklers while school is in session.

Perhaps even more common than these is the misconception that activating a fire alarm will in turn activate all the sprinklers in a building. In the 1998 film Lethal Weapon 4, Mel Gibson lifts an umbrella over his head and gleefully pulls a fire alarm, which instantaneously sets off every sprinkler in the building, dousing an entire restaurant. In Mean Girls (2004), Tim Meadows sets off a fire alarm with a baseball bat, and every fire sprinkler head in the high school activates, drenching high school girls in the middle of a brawl.

This phenomenon is so troubling to so many that one man decided to do something to track it. A few years ago, Patrick Smith, a doctoral candidate studying Industrial Engineering and Management at Oklahoma State University in Stillwater, noticed the problem in the movies and shows he was watching. “I thought that it would be interesting to document in one location where all of these occurred,” says Smith, “with the hope that it might be a good resource for someone to use in the classroom.”

So Smith launched the website Films on Fire (filmsonfire.wixsite.com/sprinklersense) where he maintains a running list of the films and television shows he finds where sprinklers are misrepresented. Currently, the list is over 50 entries long, and tracks media from 1937 up to present day. It also provides links to YouTube clips for each entry, so that you can see for yourself where the filmmakers got it wrong.

Just like Smith, the American Fire Sprinkler Association (AFSA) is not content to just sit back and let sprinklers be maligned this way. In 1996, faced with ongoing misconceptions about the industry, a group of AFSA members focused their energy in an effort to promote their craft and educate the public about these life saving devices. Recognizing the benefits of greater awareness, AFSA founded its Fire Sprinkler Public Education and Awareness (PE&A) committee to promote greater understanding of fire sprinklers and increase public awareness of the importance of this life safety technology.

“AFSA devotes a great deal of time and money to fire sprinkler education, including the ongoing battle to dispel false perceptions about the technology,” says PE&A Staff Liaison Nicole Duvall, director of communications at AFSA. “The perpetuation of these myths and misrepresentations make it much more difficult for AFSA and other safety advocates to get the public to understand the real life safety and property protection benefits of automatic fire sprinklers.”

For every Hollywood inconsistency that PE&A is made aware of, AFSA will draft a letter to the studio that produced the film, explaining what was done incorrectly and asking them to be more diligent in the future. The letters include detailed descriptions of the scenes in which sprinklers are misrepresented, as well as clear explanations of what was wrong with the scene, and why it matters. Often the letters will include the phone number of the studio head’s local fire official, encouraging them to contact that person and further educate themselves.

“Hollywood takes great pains in making sure the set is authentic to the period and subject matter it is filming,” says PE&A Committee Chair Jeff Phifer of Crawford Sprinkler Co. in Lugoff, South Carolina. “Why should they not give the same care and attention to detail to all the content that makes the show?”

Some might argue that it’s not important that Hollywood represent sprinklers accurately, especially if the film is clearly fiction and the incorrect representation is important to the story. But movies and television shows have a considerable effect on our perceptions of the world. When sprinklers are represented incorrectly, it can be detrimental to public awareness and legislation. For example, in the 2004 animated film The Incredibles, a small explosion causes a lot of smoke, a fire alarm activation, and then the immediate activation of every sprinkler in the house. While it is nice that the home was equipped with sprinklers, scenes like that don’t do much to recommend home fire sprinklers to the general public. Sprinklers, as we know, are only activated by the heat from a fire, not smoke.

If you would like to get involved in advocating that Hollywood better portray fire sprinklers, you can. Write letters! Let the studio executives know why it’s so important that such an influential industry portray these life-saving devices correctly. If you see a fire sprinkler misrepresentation that you want to correct, contact PE&A Committee Liaison Nicole Duvall at nduvall@firesprinkler.org, or visit firesprinkler.org.

Previous Mentoring Women in the Construction Industry
Next What Can Businesses Learn from the Not-So-Friendly Skies?