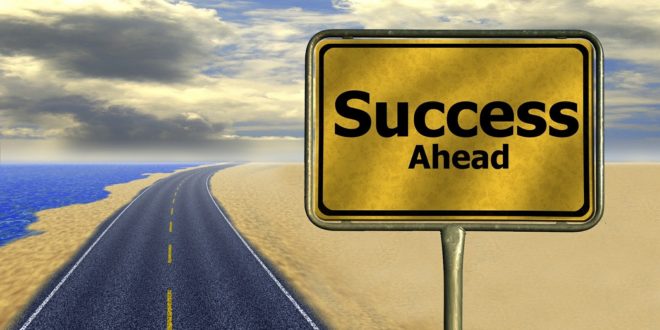 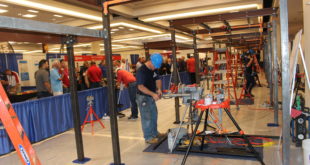 Invest in Your Fitters

When I was in second grade, I started a business creating and selling signs out of my basement. Granted, the only customers of my cleverly named “Sign Store” were my parents, baby sitter, and neighbors, but it was pretty legitimate for a company run by an eight-year-old-. I had an office (empty storage closet), a cash register (thank you, Santa!), employee ID badges (complete with head shots from my iZone Polaroid), and even a monthly newsletter. I’m proud, and only a tad embarrassed, to say that I ran my little business until I got into the sixth grade.

Clearly, with my Sign Store as evidence, I have always had a passion for business. Then, much to my surprise, I grew to be equally as passionate about fire protection after a summer internship at Tyco. I feel fortunate that so early in my career I was able to find both a career path and an industry I absolutely love. However, I would be lying if I said I feel like I have it all together or that I’m confident about what I want to do in five, 10, 15 years. And I know I am not alone. I’ve spoken with numerous young professionals in this industry that are incredibly passionate about fire protection, but still struggle with deciding “what’s next” in their career. A fitter may be interested in design but doesn’t know whether he’d like being in an office all day. A project manager may want to try her hand in sales but doesn’t have the confidence to make the switch. And, more likely, someone may be in a role that they are satisfied with for the time being but are trying to figure out what they want to do long-term. They know they want to remain in fire protection but are unaware of the career tracks available, let alone if and how they should pursue them. It is for these people that I sought out four young professionals in different fields throughout the sprinkler industry to share their career progression and offer insight about their functions of work.

Advice: Always have strong mentors and a desire to learn.

Jonathan entered the work world as an apprentice for no reason other than the company at which his older brother worked was looking for apprentices. Little did he and his brother know at the time, that apprenticeship would be the catalyst for a diverse career in fire protection that has taken him around the world to places like Qatar, UAE, and Afghanistan. Right away Jonathan loved being in the field but soon felt a need to better understand the background of his scope of work. Why was he installing certain products in specific arrangements? Why would a designer sometimes give him plans that had no chance of being physically possible in practice? This desire to understand all aspects of the industry drove him to become an inspector, then a designer, then a construction engineer. While each role was challenging in a different way, he found that his field experience accelerated the learning curve and enabled him to do his job better. This held true when Jonathan’s career took him to “the other side of the fence” as a sales person for a sprinkler manufacturer then a business development representative for a distributor. His diverse experience enables him to understand the needs of every segment of the value chain and lend expertise in customizing a portfolio of product offerings for his customers. While Jonathan has quite an impressive track record, he realizes he still has a lot of growing to do. He is grateful that he works for a company that values training and development as much as he does.

“You are personally responsible for your own growth and for taking advantage of every opportunity to challenge yourself. However, you stand to grow a lot more by surrounding yourself with people who believe in you and want to help you succeed,” Jonathan says. “I’ve held a lot of roles throughout my career but there’s two things that have never changed: having strong mentors and a desire to learn.”

Advice: Gain as much experience as you can and take risks that push your own personal boundaries of success.

Years ago, Jamil mowed a foreman’s grass as a summer job. The foreman apparently liked how Jamil mowed the grass because he offered him a job as a helper at his company, and 20 years later Jamil is president of that same company. When asked about how he made such a remarkable career progression, Jamil humbly said: “I never said no to anything. I was always the first one to volunteer, but not selfishly. I never asked ‘What am I going to get out of this? What is this going to do for me?’ I just wanted to help get the job done right and gain as much experience as I could in the meantime.”

Jamil gained an absorbent amount of hands-on experience as he rose through the ranks in the field, becoming a fitter, foreman, then a project manager. As a project manager, his responsibilities covered a wide variety of areas from estimating, managing the shop, overseeing the field crew, and scheduling installations. His job was challenging yet enjoyable and, like Jonathan, he strove to better understand the meaning behind his work and wanted to learn design. His business couldn’t afford to take him out of the field during the week to dabble in design, so Jamil decided to invest a couple months’ worth of Saturdays to go into the office and learn. This wasn’t in his job description nor was he making money, but what he learned gave him a great foundation for the rest of his career. Jamil’s eagerness to learn also drove him to start studying business at night school.

Jamil believes his practical field knowledge paired with his education better prepared him to take on all the responsibilities that come with being vice president, then president, of a sprinkler company. Along with ensuring the success of his business, Jamil is now focused on becoming a better leader. “I always say that people are the most rewarding yet most challenging part about running my own business., Jamil says. Every day he is learning how to better manage people and maintain a good work environment while maximizing productivity.

“This journey has required a lot of personal development and self-reflection.” Jamil says, “I always remind myself that as a leader, it is my responsibility to continuously develop myself to be the best leader I can be for my team. I can’t change everyone else, but I can change myself, and doing so hopefully inspires others to grow and develop as well.”

Advice: It takes discomfort to expand your comfort zone.

After graduating from high school, Chris got a job as a helper for a fire sprinkler contractor. Being completely unfamiliar with the industry, he didn’t know what to expect, but he immediately loved it. “I quickly determined that’s what I wanted to do as a career.” Chris says, “It’s a good, stable career with job security and it’s really rewarding. Even to this day, I feel a sense of pride putting in systems that save lives. It’s awesome when your job becomes your passion.”

Chris dedicated himself to his work; he always answered the phone, never turned down a job, and became someone management could always depend on. He recognizes that he could not have been so flexible without the support and understanding of his wife, and he’s very grateful for her. His family’s support along with his proven accountability enabled him to become a fitter, then a foreman and project manager, then an inspection and service technician, and is now in a management position. The increasing responsibility Chris gained as he progressed was somewhat scary to him and he sometimes questioned his decisions and his future. He was a shy guy who preferred to stick to himself and stay out of the spotlight. But years ago, he was finishing off a meal at his favorite Chinese restaurant and opened a fortune cookie that read “Comfort zones are most often expanded through discomfort.” While he admits it sounds cliché, that was a defining moment of clarity for Chris and the saying became something he lived by. It takes courage and lots of self-reflection to learn how to become more comfortable with increased duties along with managing a team, but he views the discomfort as an opportunity to grow.

Along with continuously challenging yourself, Chris believes that in order to be successful and good at any trade, you need to stay ahead of the industry and learn as much as you can about new technologies, labor practices, and regulations.

Advice: Take advantage of every opportunity to learn and network.

Growing up, Karl was pretty good at math and his teachers suggested that he study engineering in college. He started researching engineering schools but wasn’t too enthused about the types of engineering degrees offered until he discovered “fire protection engineering” on Worcester Polytechnic Institute’s website. To him, fire seemed more exciting than any other engineering field, so he applied. Five years and a couple of internships later he happily graduated with a degree in fire protection engineering and started work as a consultant. After gaining some experience, he got a job as an engineer with the National Fire Sprinkler Association (NFSA).

Starting a new job with a trade association was a bit scary for Karl, especially since fire sprinklers had not been his primary focus as a consultant, but he was up for the challenge and excited to broaden his experience. Karl jumped right into his new role and took advantage of every opportunity to learn and network. His “all-in” attitude paired with the support of great mentors enabled him to quickly come up to speed. Before he knew it, he was teaching classes of which he was a student not long before. To this day, although now working for a manufacturer, Karl teaches classes and provides tech support to those all over North America.

Ironically enough, he says he learned the most about the industry from teaching, as it awarded him different perspectives and made him aware of the various issues the industry faces. Karl also attributes his learning and development to becoming involved in the development of NFPA standards and building codes. “I always thought of the NFPA standards as the Bible of fire protection.” Karl says, “But after getting involved and seeing the process behind it, I realized that it’s just normal people developing them and literally anyone has the opportunity to make an impact, which is partly why I enjoy it so much.”

Karl encourages any young professional in the industry, regardless of his or her current role, to become involved in the standard-development process, which is open to everyone. He says it’s not only a great learning and networking experience, but it also provides insight and expertise that you can’t get elsewhere, all of which ultimately helps to facilitate a prosperous career in fire protection.

ABOUT THE AUTHOR: Lainey Liotta is the fire protection market manager for Lubrizol where she is responsible for setting the strategy for BlazeMaster CPVC Piping systems. She is a graduate of Pennsylvania State University where she received bachelor of science degrees in marketing and Spanish and a minor in international relations. She is a member of AFSA’s National NextGen Initiative Group.