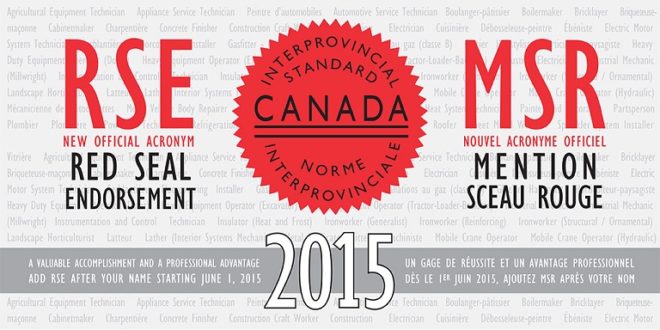 The American Fire Sprinkler Association (AFSA) is passionately dedicated to the educational advancement of members, and strives to encourage the growth of a membership that is dedicated to furthering industry education whenever possible. Jed Groenenboom with AFSA Contractor Member Meridian Fire Protection, Inc., Edmonton, Canada, displayed that dedication through his participation on a recent project expanding the Red Seal certification in Canada. This collaborative work of translating and updating the document with a group of dedicated industry veterans marks an impactful step in expanding apprenticeship and education in Canada.

While apprenticeship in Canada follows a different model than that of the United States, it will likely seem familiar to long-time AFSA members, as the original AFSA apprenticeship program was based around the apprentice training in Canada. The Canadian model for most trades follows a four-year process, though, it can be longer in some cases. During that time, apprentices attend classroom-style lessons for two months of the year, and spend the remaining 10 months of the year in the field doing hands-on training. When training is complete the apprentice is certified in their province or territory. However, for many trade workers, education doesn’t stop there. The next step for many of these workers after territory certification is to pursue certification with the Red Seal program.

The Red Seal program offers a common set of standards for all of Canada that assess and certify the skill of tradespeople. Each industry that trade workers can be certified in is heavily involved in the development of its national standard through the Red Seal which gives credibility and ensures it holds trade workers to the highest standards. Additionally, this partnership between the federal government and the provinces/territories gives trade workers the opportunity to be endorsed across the country, even outside of their own territory or province. This means that the Red Seal certification also offers labor mobility, allowing trade workers to cross provincial and territory lines to take jobs outside of the geographic area in which they were initially certified.

So when Groenenboom was chosen to participate in the translation of the Red Seal apprenticeship documents, he knew the huge impact this project would have not just for trade workers in Quebec, whose documents he was helping to translate, but for all trade workers Canada. This opportunity, found by chance, arose when a friend of his sent him the listing from LinkedIn calling for qualified, bilingual help to aid in refining and translating these documents for the province of Quebec and the Red Seal program.

Immediately Groenenboom saw this as an opportunity to do something outside of the day-to-day that would benefit the fire protection industry. His role in this project was an important one: to ensure that all testing was accurately translated, and that the translated testing would hold the same meaning for those taking the certification whether it be in English or French. Additionally, as a young fire sprinkler professional, he provided a fresh perspective on the testing questions themselves, ensuring that the questioning was updated for newer codes.

“It was 100 percent [Jed] volunteering his time, giving back to the industry, without anyone actually telling him he should which is pretty awesome,” says Kevin Mozak, president, Meridian Fire Protection Inc., Edmonton, Canada. He continues, “It’s always hard to find those people willing to volunteer for the industry, but to have someone in my organization step up is great. He chose to participate despite the cost of his personal time.”

After participating in this project, Groenenboom feels this marks a big step for Canada apprenticeship education. He is confident the translation and spread of the Red Seal into Eastern Canadian provinces will show “that there are good workers out West for companies looking for them. It gives [trade workers] an opportunity in the future to be more collaborative across all of Canada than we have been in the past.” In closing, Groenenboom imparted that he was “…definitely happy to work in this career and to have this opportunity. If anyone has the opportunity to join [the industry] I wouldn’t hesitate to jump in. It’s a place with many opportunities for all kinds of advancement and it’s a place where I’d like to be for a long time.”