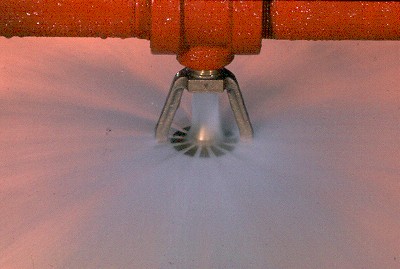 Making Them Work for You

Since the late 1980s, early suppression, fast response (ESFR) sprinklers have been viewed as one of the greatest innovations in fire protection since Henry Parmelee first introduced the automatic sprinkler in 1874. Since NFPA 13, Standard for the Installation of Sprinkler Systems, indicates that you do not need in-rack sprinklers if you have open-frame racks, building heights at or below 45 ft (13.7 m) and a commodity hazard no greater than cartoned unexpanded Group A plastics, many warehouses are constructed at a maximum height of 45 ft and protected with ESFR sprinklers. If you’re a warehouse manager for one of these types of facilities, you have nothing to worry about – right?

Automatic sprinklers have come a long way since 1874. In 1881, Frederick Grinnell introduced a 0.5 in. (12 mm) orifice-sized upright sprinkler, what we now call a K5.6 (K80) sprinkler that had a deflector design that resulted in water distribution similar to today’s conventional spray sprinkler. This sprinkler distributed roughly half the water upward beyond the deflector, while redirecting the other half downward toward the fire area. The standard spray sprinkler was introduced in the 1950s using a deflector design that distributed the large majority of the water discharge downward toward the fire area and away from the sprinkler in a parabolic spray pattern, which became known as the sprinkler’s umbrella pattern. With the introduction of the density/demand area design concept in the late ‘50s, the standard spray sprinkler eventually became known as the control-mode density area (CMDA) sprinkler.

Full-scale fire testing in the 1960s with K5.6 (K80) and K8.0 (K115) CMDA sprinklers demonstrated that protecting storage arrangements of this era was a major challenge for these sprinklers. Supplemental in-rack sprinkler protection was typically needed when storage heights were greater than 15 ft (4.6 m). Research and testing at FM Global, a leading commercial property insurance company, in the 1970s led to two major innovations in sprinkler design: (1) the development of the quick-response thermal element for use in residential sprinklers, and (2) the development of the large-drop sprinkler, which was the first sprinkler specifically designed for the protection of storage and became the first sprinkler now referred to as a control-mode-specific application (CMSA) sprinkler. The quick-response thermal element allowed for sprinklers to operate in a more timely fashion, compared to their standard-response forefathers, so that water could be discharged into the fire area while the fire was relatively smaller than before. The large-drop sprinkler, which was a standard-response K11.2 (K160) upright sprinkler, allowed for larger droplets at lower operating pressures, thus improving the water penetration into the fire area and reducing the number of operating sprinklers activated during full-scale fire testing.

These two innovations led to the possibility of developing a sprinkler that could suppress storage fires. The quick-response thermal element allowed sprinklers to operate while the fire was still relatively small and the large-drop sprinkler demonstrated how larger water droplets could improve the performance of ceiling-level sprinklers. Research and product testing led to the development of the first ESFR sprinkler, which was a K14.0 (K200) quick-response 160°F (70°C) nominally rated pendent sprinkler, by (1) utilizing the pendent orientation to take advantage of its efficient water delivery, and (2) creating a new deflector design that discharged water not only into the umbrella pattern but also in a high-momentum jet spray emanating directly below the sprinkler.

While ESFR sprinklers are viewed as the greatest thing since sliced bread for storage protection, due to their ability to eliminate the need for in-rack sprinklers in many instances, key items need to be considered to help ensure their performance during a fire is not compromised. Many of

these items can be categorized as affecting either the timely response of the sprinkler or the sprinkler’s ability to deliver an acceptable amount of water down through the entire storage array.

Many factors can affect a sprinkler’s timely response to a fire, including the presence of irregular flue spaces, solid shelves, the flow of high-velocity air at ceiling level, heat/smoke vents, excessive ceiling slope, obstructed ceiling construction and/or the proximity of sprinklers to the underside of the ceiling above.

In order for ceiling sprinklers to operate in a timely fashion, the heat from a fire must be able to grow vertically before it has a chance to start spreading horizontally – as horizontal fire spread is what ESFR sprinklers must be able to prevent. Both irregular flue spaces as well as solid shelves within storage racks will promote horizontal fire spread. To avoid this potential scenario, NFPA 13 specifies that nominal 6 in. (150 mm) wide transverse flue spaces are needed between loads and at rack uprights, though it also provides random variations in both the width and vertical alignment of the flue spaces. In addition, NFPA 13 stipulates that any storage racks having solid shelving must be protected with in-rack sprinklers at every tier level below the top solid shelf in order to allow ESFR sprinklers to be utilized.

Once the heat makes its way to the top of the storage array, care has to be taken to ensure that air currents don’t negatively impact the ability of the heat to reach the ceiling. High airflow produced by units such as swamp coolers, heating ventilation and air conditioning (HVAC) equipment, or high-volume, low-speed (HVLS) type fans can affect the buoyant heat plume from reaching the nearest ceiling sprinklers in a timely fashion. NFPA 13 addresses the presence of HVLS-type fans by requiring the shutdown of the fans upon the activation of the sprinkler’s waterflow alarm FM Global currently addresses HVLS fans in a similar Fashion in Data Sheet 2-0, Installation Guidelines for Automatic Sprinklers, but also limits airflow velocities at ceiling level to a maximum 5 ft/sec (1.5 m/sec) to avoid having the heat plume pushed horizontally away from the sprinklers nearest the fire origin.

Since sprinklers operate when exposed to a sufficient amount of heat, the premature opening of a heat and/ or smoke vent can allow heat from a fire to escape up through the opening – thus delaying a sprinkler’s operation and potentially compromising the protection provided. To avoid this situation, NFPA 13 provides restrictions on the use of automatic heat and/or smoke vents in buildings protected by ESFR sprinklers.

Even if the sprinkler responds to a fire in a timely manner, that is only half the battle. To achieve fire suppression, an ample amount of water from the sprinkler must be able to penetrate down through the fire plume as well as the entire height of the storage array in order to vertically quench burning surfaces. Several factors can adversely affect a sprinkler’s ability to deliver an acceptable amount of water through the entire storage array during a fire, including the presence of solid shelves, irregular flue spaces and obstructions between the sprinkler and the top of storage.

As mentioned, NFPA 13 provides guidance when solid shelves are installed within storage racks protected by ESFR sprinklers as well as direction on how to maintain acceptable flue spaces. These guidelines help to ensure that heat from a fire can grow vertically as quickly as possible, with as minimal horizontal fire spread as possible, and also allow for sprinkler discharge to reach most vertical burning surfaces within the storage array.

Every warehouse seems to have its fair share of objects at, or near, ceiling level that can potentially obstruct sprinkler discharge. Common structural roof members, which usually stay consistent for the life of the building, include joists, bridging, beams and cross-bracing. Other common items that tend to be potential obstructions to ESFR sprinklers include ductwork, roof drains, cable trays, electrical conduit and lighting. NFPA 13 provides guidance to avoid these two obstructions to ESFR sprinklers: obstructions at or near the ceiling and obstructions below the elevation of the sprinklers.

The guidance for obstructions at or near the ceiling are provided to account for relatively solid objects, such as beams, ductwork, etc., that could affect the sprinkler’s umbrella pattern. The guidance for obstructions below the elevation of the sprinkler are provided to account for objects, such as bottom chords of joists, bridging, ductwork and other similar objects, that could affect either the sprinkler’s umbrella pattern or the discharge of the sprinkler directly below it. Work that was recently completed by the FPRF on isolated obstructions no wider than 4 in. (100 mm) is expected to be used to modify the current guidelines in NFPA 13. The FPRF is expected to continue work on the study of ESFR obstructions that will further help identify when objects located relatively close to each other are grouped together, which could lead to potential changes in the obstruction guidelines for ESFR sprinklers. The FPRF also may update the guidelines on how ESFR sprinklers, when required, can be installed under obstructions. The hope is that this work would also be ready in time for the 2022 version of NFPA 13.

As you can see, several factors can affect the proper performance of ESFR sprinklers. While there is more to proper ESFR performance than what is highlighted above, following NFPA 13 guidelines can help ESFR sprinklers to operate during a fire in a timely fashion as well as deliver a sufficient amount of water throughout the entire height of the storage array – thus greatly increasing the chance for a suppressed fire. 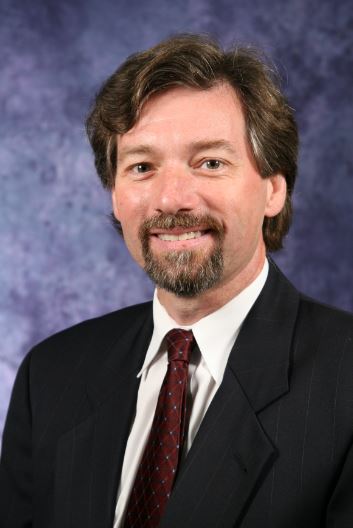 ABOUT THE AUTHOR: Weston (Wes) Baker, Jr. is an AVP and Senior Engineering Technical Specialist in the Engineering Standards Division at FM Global. He was named the 2011 William M. Carey Award recipient by the Fire Protection Research Foundation (FPRF) for his technical paper “Storage Sprinkler Design Criteria” – the concept behind the recent release of FM Global Property Loss Prevention Data Sheet 8-9, Storage of Class 1, 2, 3, 4 and Plastic Commodities. Baker is a member of the Society of Fire Protection Engineers and an NFPA member serving on both the NFPA 13 Installation and NFPA 13 Discharge committees. He has been with FM Global for 30 years and is currently responsible for data sheets related to the protection of storage as well as the installation guidelines for sprinklers that are used for storage protection.