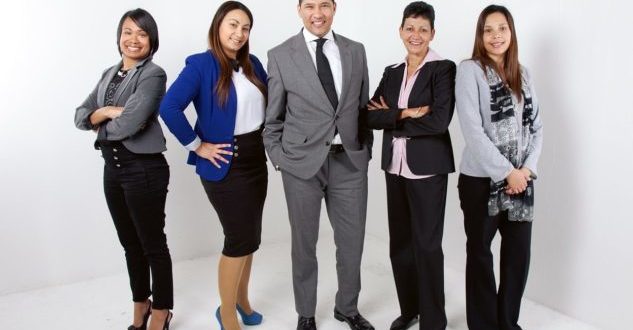 Volunteering as a Path to Company Leadership

This year, 2018, is the year of leadership for the NextGen Initiative (NGI). The number one challenge facing organizations worldwide is developing new leaders. We want business owners and managers to see the invaluable experience that can be gained through a path of leadership within the American Fire Sprinkler Association (AFSA). The next generation of leaders within our companies can be honed before they take on their managerial roles in the office. Leadership is a difficult thing to teach and getting involved in the local chapters as an officer or as an NGI chair can teach these skills so they’re in place for the future. I want to share my personal experience and the important leadership skills I’ve learned being the chair of the Mid-Atlantic Chapter (MAC) of AFSA for the last six years.

If you would have asked me 13 years ago when I entered into the sprinkler industry if I knew how to manage people I would have said no, but I had no problem being bossy! I knew I had something along the lines of a leader in me; it just had to be brought out in the right ways. I spent the better part of my first four or five years in the field and in the office watching. My boss won’t believe me, but I really was paying attention to everything he said, everything he did, and the way he interacted with the other employees. I paid attention to what I liked and what I didn’t like about his management style. I filed all of that away until I was able to use it myself, which now I do as the leader of my local AFSA chapter.

About six years ago, my dad “suggested” I get involved with the AFSA Mid-Atlantic Chapter. I said okay, not having any idea what they did, who would be there, nor what I was going to get out of it. After attending meetings for a year and getting to know the other local members, I was asked to run for chapter chair. I accepted the nomination and a month later I was chapter chair. I had no idea what I was getting myself into – coordinating meetings and speakers and running the meetings. It was quite obvious when I ran my first meeting that I didn’t know what I was doing. I was uncomfortable to say the least.

When I became comfortable in my leadership role, I was really able to focus on the chapter and where I wanted to take it. The direction I saw for the chapter didn’t align with the current executive director’s vision. I felt like I was constantly battling her to make the chapter better. So, enter my first lesson in management: firing people. There is only one word to describe firing people and it’s awkward. You’re not sure how the other person is going to react, and you have no idea what to say to make it less awkward. After an awkward handshake and good-bye the search was on for another executive director. Management lesson number two: hiring people.

Hiring people is almost worse than firing people! You know what you want and while you’re performing what seems like an endless task of searching for people, you have to pick up all of that slack to make sure everything still gets done. It took a few months, but I found someone that seemed to be in line with where my team wanted to take the chapter.

Management lesson number three: being a leader. Now that I have the right people in place, what do I do with them? This is the part that I think most people in management positions struggle with. How do I be a good leader? How do I push people in the right direction without micromanaging them? The number one thing I learned from being involved with my local chapter is this: If you have a passion to share with people, they will want to work hard for you. I’m continuously sharing my vision for the chapter and creating new goals for us to attain and making sure everyone is on the same page with where we want to go. We have a big responsibility on the local level to help make an impact on our members and on our industry, and you can’t do it alone. Surrounding yourself with the right people who have the same passion as you is key. If you continue to work hard, communicate, and appreciate the people working with you or for you, they will push hard for you. That creates a team.

Our AFSA MAC is a chapter I’m really proud of. Under my leadership team, we have become a chapter that holds side-by-side burns for residential fire sprinkler awareness, puts on training for Authorities Having Jurisdiction (AHJs), hosts fundraising benefits for burn victims, and now has packed meeting rooms for our bimonthly meetings. It took a few years to get there, but with the right people and the right leadership everything is attainable.

I got involved with my local chapter because I was told to participate. I became a leader in my chapter because I wanted to. I don’t have these responsibilities in my current role at Anchor Fire Protection (AFP), but as I continue to work my way through the company, I’m able to learn the skills I need to be successful as the future owner. I know that AFP is going to be better off with me at the helm because of the years that I’m devoting to the industry as a volunteer for my chapter. There’s no better place to learn this skill set for the future. 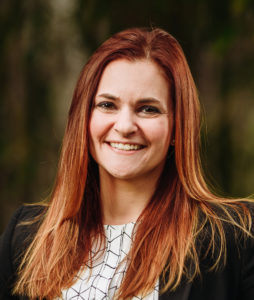 ABOUT THE AUTHOR: Meaghen Wills does sales and project management for Anchor Fire Protection, Perkiomenville, Pennsylvania. She received her bachelor of arts degree from the University of Hartford and is a graduate of AFSA’s Beginning Fire Sprinkler System Planning School. Wills serves as chair of the NextGen Initiative; chairs AFSA’s Mid-Atlantic Chapter; and is a member of AFSA’s Public Education & Awareness, Apprenticeship & Education, and Convention committees.