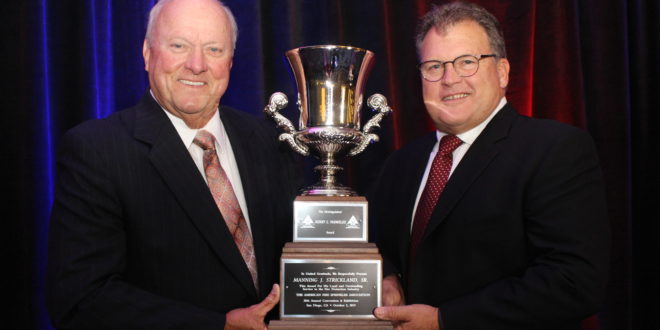 The American Fire Sprinkler Association (AFSA) is accepting online nominations for its top honors: the Henry S. Parmelee award, Fire Sprinkler Advocate of the Year award, and Young Professional of the Year award. Awards will be presented during AFSA40: Convention, Exhibition & Apprentice Competition, and the recipients will be featured in Sprinkler Age magazine. Visit firesprinkler.org/awards to submit a nomination.

AFSA’s highest honor, the Henry S. Parmelee award is given in recognition of an outstanding individual who has dedicated himself or herself to the professional advancement of the fire sprinkler industry and to the goal of fire safety through automatic sprinklers. AFSA members may nominate someone with a long-term commitment to improving the industry. The award was instituted in 1983 to give recognition to distinguished industry professionals and to memorialize Henry S. Parmelee, an outstanding pioneer in the industry who is recognized as the inventor of the first commercially successful closed sprinkler. July 1 is the nomination deadline for the 2021 award.

This award was created to honor individuals not directly involved in the fire sprinkler industry whose efforts have had a national impact in advancing the fire protection industry and automatic fire sprinklers. Previously known as the Fire Service Person of the Year, the award was renamed in 2001 to better reflect the diversity of backgrounds, including the fire service, as well as legislative, code, and standards-
setting groups in which individuals can have a major impact on the industry. Previous recipients include Home Fire Sprinkler Coalition Spokesman Ron Hazelton; California State Fire Marshal Tonya Hoover; Congressman Jim Langevin; and Senator Rick Santorum. The nomination deadline for the 2021 award is April 1.

Young Professional of the Year Award

The Young Professional of the Year award honors the contributions of promising fire protection specialists and serves to: reaffirm the growing importance of fire sprinkler knowledge in the world of business and construction management among the next generation of industry leaders; promote the emergence of young talented professionals in the field of fire protection, thus fostering interest for the fire sprinkler profession and a future career in this field of expertise; and inspire fire protection companies and the fire protection community to invest even more in the development and excellence of the profession. Meaghen Wills of Anchor Fire Protection in Perkiomenville, Pennsylvania; Tiffany Moore with Moore Fire Protection in Issaquah, Washington; and Stuart Weeks with American Fire Protection, Inc., Greenville, South Carolina; are past recipients. Nominations for the 2021 YPY award are due by April 1. Nominees do not need to be a member of AFSA to be eligible.

In addition to the awards presented annually at convention, AFSA’s Fire Sprinklers Save Lives award is presented year-round to recognize individuals outside the fire sprinkler industry who help dispel the myths about fire sprinklers by generating public awareness about this life-saving technology. AFSA’s Public Education & Awareness Committee accepts and recommends nominees for this award and they are approved by the AFSA Board of Directors. The nomination will be considered at the next meeting of the committee.

Join us to celebrate this year’s honorees and AFSA’s 40th anniversary September 18-21 at the JW Marriott San Antonio Hill Country Resort & Spa. Bookmark firesprinkler.org/afsa40 to keep up-to-date with details as they are announced. 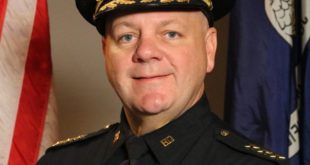 the gift of Fire protection with a little lagniappe