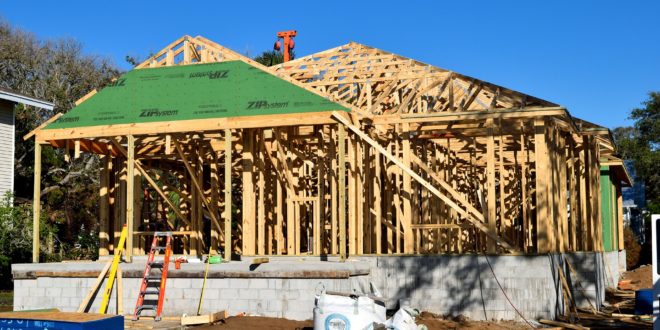 Image by Paul Brennan from Pixabay

Renewed activity in home sales along with low-interest rates and a more positive forecast for the economy in the year ahead have boosted builder and buyer confidence in the housing market.

While price increases and a shortage of inventory have hamstrung purchases of existing homes, sales of new homes have been increasing. That trend is likely to continue into 2020 as builders continue to respond to pressures to build more affordable homes.

At the time of writing, housing data from November were not available. However, the National Association of Home Builders (NAHB) announced its Housing Market Index (HMI) for December jumped five points from the previous month to its highest level since June 1999, signaling growing demand for new construction in November.

Index gains were especially strong for current market conditions, up seven points from the month before. The measure of prospective buyer traffic increased four points.

The outlook for sales of existing homes was less certain. The National Association of Realtors (NAR) reported that pending home sales declined in October after two months of positive growth.

NAR chief economist Lawrence Yun attributed the drop to a slight sudden uptick in mortgage rates during the month as well as the ongoing insufficient supply of available homes, especially those at entry-level price points. Markets, where listing prices were around $250,000 drew some of the most significant buyer attention, noted Yun.

On the buyer side, Fannie Mae stated its Home Purchase Sentiment Index (HPSI), which has remained fairly strong in the second half of the year, rebounded in November to 91.5 after a slight decline in October, reapproaching the survey high reached of 93.8 in August of this year.

Gains were especially strong among respondents who said now is a good time to buy (up 11 points), in part because more anticipate that housing prices will increase in the coming 12 months (up seven points) but that mortgage rates will hold steady. Respondents also indicated some improvement in household income (up two points) while expressing confidence that their employment was secure.

Looking past November, industry analysts are already weighing in on what market conditions will look like in 2020. The general consensus is for modest growth, with sluggish existing home sales and slight improvement in new home construction and sales.

Nationwide’s Health of Housing Markets Report for the fourth quarter of 2019 concludes, “Demand for housing remains strong in response to above-trend household growth, solid job gains, and low mortgage rates—
factors that drive a positive outlook for housing for 2020.”

Experts caution, though, that growth will not be equal in all regions or metro areas. Economists for real estate website Zillow point to strong demand in “the nation’s most broadly affordable markets,” while buyers in high-priced markets will be forced “to fan out in search of areas they can better afford.”

Builders will continue to face many of the same challenges that have hampered production in recent years. According to a poll conducted by Professional Builder magazine, “Seventy-eight percent of builders anticipate prices of materials and overall bids will increase next year and they continue to face challenges for skilled labor and managing regulations and entitlement fees.”

Although final figures for 2019 will not be available until January or later, it appears the industry as whole will end the year in a growth positive position and may improve somewhat in 2020. That may not sound like much to celebrate, but it’s a brighter outlook than what was predicted just a quarter ago.

ABOUT THE AUTHOR: Michael J. Berens is a freelance researcher and writer with more than 30 years of experience in association communication and management. He can be reached at mjberensresearch@gmail.com.

Previous Is a Recession Coming?
Next Contractors Plan for Strong Demand in 2020 AGC Survey Shows Firms Concerned about Worker Shortages and Quality