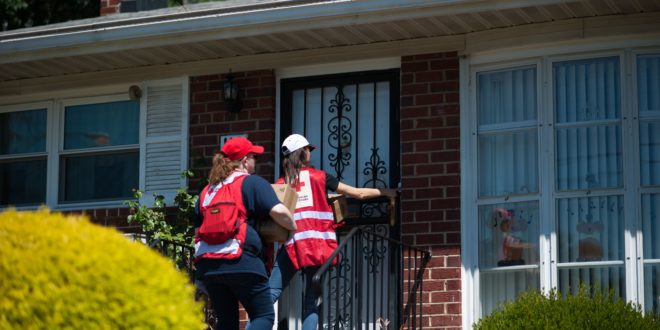 The American Fire Sprinkler Association (AFSA) has teamed up with the American Red Cross to include fire sprinkler information for the first-time ever in its Home Fire Preparedness Campaign.

Launched in 2014, the Red Cross’ Home Fire Preparedness campaign has installed more than one million smoke alarms in homes across the country. Now, AFSA and its Public Education & Awareness Committee wants to take this one step further by not only educating the public on having life-saving measures in place in the home, but also educating them on home fire sprinklers as the ultimate protection of their lives and property.

Each year, the Red Cross responds to nearly 64,000 disasters, the vast majority of which are home fires. So, the American Red Cross set a goal to reduce fire-related deaths and injuries in the United States by 25 percent by 2020. To date, Red Cross has documented 348 lives saved.

A critical part of the campaign is “Sound the Alarm,” a series of home fire safety and smoke alarm installation events across the country. Together with fire departments and other community partners, Red Cross volunteers to canvas at-risk neighborhoods, install free smoke alarms, replace batteries in existing alarms, and new this year, provide fire prevention and safety education, that includes fire sprinklers!

This year’s annual campaign will launch April 28, 2018 in more than 100 cities across the United States. Help AFSA get the sprinkler message in front of millions, and together, we can save lives!

Please help AFSA’s Public Education & Awareness Committee raise $10,000 to include fire sprinklers in this campaign reaching Red Cross’ over 4.4 million social media followers as well as thousands of volunteers, homeowners, and disaster victims. More than 90 percent of every dollar donated to the American Red Cross is invested in humanitarian services and programs, like the Home Fire Preparedness campaign.

Be part of this historic campaign by contributing with your tax-deductible donation online to the American Red Cross on AFSA’s special giving link at redcross.org/afsa-pub.