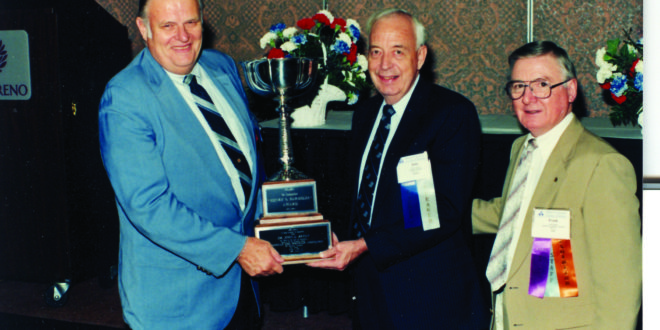 From training to advocacy, AFSA has been there for 35 years to serve contractors, manufacturers, suppliers, AHJs, designers, apprentices and more!

A Brief History of the Premier Fire Sprinkler Association

This year, the American Fire Sprinkler Association (AFSA) celebrated 35 years at its 35th Annual Convention & Exhibition at the Gaylord Opryland in Nashville, site of its first convention and exhibition in September 1982. In this post, Sprinkler Age looks back on the visionaries who made the AFSA the premier fire sprinkler association and the training program that led us to where we are today.

Training: “Our Motive for Being”

Before there was ever an AFSA, there was the Independent Sprinkler Training Committee (ISTC), chaired by Wayne Gey. During the 1981 NFPA Convention in Dallas, ISTC held its third meeting, with over 60 people in attendance. At the time, the ISTC’s goal was to establish a national apprentice training program for non-union, or merit shop, fire sprinkler contractors. Until the founding of the American Fire Sprinkler Association in New York City on September 16, 1981, there was no organization to meet this growing need. In November 1981, the association’s early leaders published their first newsletter, which they named Sprinkler Age, announcing “a major new force in the fire sprinkler industry.”

AFSA’s first Executive Director Joe Mulrine located the association’s headquarters in New Haven, Connecticut. In the beginning, Mulrine, with his staff of two, worked to receive permission from the Ministry of Education in Ontario to utilize the Canadian Fire Sprinkler Fitter Correspondence courses to train fitters in the United States. On November 17, 1981, the AFSA National Apprenticeship and Training Standards were submitted to the National Bureau of Training in Washington, D.C. for approval. On January 7, 1982 these standards were granted approval and issued the National Registration number of N-92021. The first batch of apprentice correspondence courses, officially titled, Automatic Sprinkler Protection: Basic Training Series, was made available for sale shortly thereafter. It was official: AFSA was a training association.

In 1983 Frank Riseden became the second executive director, a small staff was hired, and the association’s headquarters were moved to Dallas, Texas, where it remains today. As the association staff grew, Riseden’s title was changed to president. During this timeframe, nationwide seminars and the first designer series of correspondence courses were also introduced. Soon, people all over the country were taking notice. AFSA gained legitimacy on a national scale when the first representative of AFSA was appointed to serve on a National Fire Protection Association (NFPA) Technical Committee in 1983. Seeing the importance of involvement, the association’s leadership soon expanded the membership benefits to include technical services in 1984, with the hopes that AFSA would increase its technical role to include NFPA committees. In 1986, Willie Templin and founding AFSA member Ed Smith had gained the association’s first seat on the NFPA 13, Standard for the Installation of Sprinkler Systems, committee. The Technical Services Department of today offers expert technical advice through informal interpretations, and has a prominent presence on 28 NFPA technical committees and is a leading authority in the standards-making process.

As AFSA’s focus on education intensified, it expanded its offerings to include not only basic fitter and designer training, but advanced training as well. In 1985, the association launched the first session of its “Principles of Fire Sprinkler System Design,” an early precursor to AFSA’s two-week Beginning Fire Sprinkler System Planning School. Building on its apprentice training, the AFSA National Apprentice Competition debuted during the 1994 AFSA Convention & Exhibition in Fort Lauderdale, Florida, and 22 years later, it is still the premier sprinkler fitter competition with hundreds of apprentices sitting for the qualifying exam annually.

From one apprentice training course, AFSA has grown to offer a variety of correspondence courses for every type of professional in the fire sprinkler industry, classes at AFSA’s training center, nationwide traveling seminars, online courses, and webinars. The association continues to expand upon its mission of providing training for the fire sprinkler contractor, launching its new Inspection, Testing and Maintenance (ITM) Inspector Development Program earlier this year.

AFSA’s current President Steve Muncy, who succeeded Frank Riseden in 1992, led the association into the world of technology, helping to create the association’s first website, membership database, and email system in 1995. In his 1995 President’s Report, Muncy said, “We believe that adopting this new technology will assist AFSA in better communication with the general public, Authorities Having Jurisdiction, contractors and suppliers. There may be other ways to promote fire sprinklers and provide information to audiences we want to reach by using the Internet, and we will be looking at other options for the future.”

Seeking to get the fire sprinkler message out to larger public, AFSA announced its first annual national sprinkler essay contest during the 1996-97 school year, with the expressed goal of educating high school seniors about the life-saving benefit of sprinklers. The high school contest went online at afsascholarship.org in 2006, and now educates nearly 70,000 entrants annually. In 2009, the program expanded to include the addition of the Second Chance Scholarship. This award was different from many scholarships in that all those seeking to pursue a college degree or trade school education with a high school diploma or GED were encouraged to apply.

At the same time, AFSA was also gearing up its member communications. In 1996, SprinklerForum was introduced, a first-of-its-kind-in-the-industry email-based discussion forum still in use today. Over the years, AFSA has expanded the ways in which it communicates with its members introducing several e-newletters, like Contractor Network and Tech Update. In 2008, AFSA launched into the social media forefront with Facebook, LinkedIn, Twitter, YouTube pages, adding Flickr in 2010 followed by Instagram in 2016. In 2009, Sprinkler Age began publishing a digital edition, complementing its long-standing print publication, and in 2015, it went a step further joining the blogosphere at SprinklerAge.com.

Over the past 35 years AFSA has grown from a handful of dedicated volunteers who saw an opportunity to better the industry through collaboration and education to a nationally recognized organization with over 1,000 member companies, 22 local chapters and four state affiliates. Throughout the years, the leaders of yesterday and today have kept the association on a successful path with a bright horizon ahead.

“I believe the primary reason that AFSA has continued to grow and excel is that AFSA has kept its focus as an organization,” says AFSA President Steve Muncy, who plans to retire at the end of the year.

We congratulate our founding fathers for their hard work and look forward to working with future generations to secure AFSA’s place in history as the fire sprinkler industry leader!

Previous Hydrostatic Testing in Cold Temperatures
Next Spot the Dot 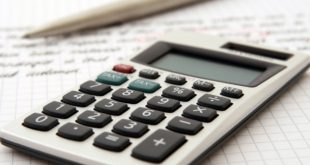