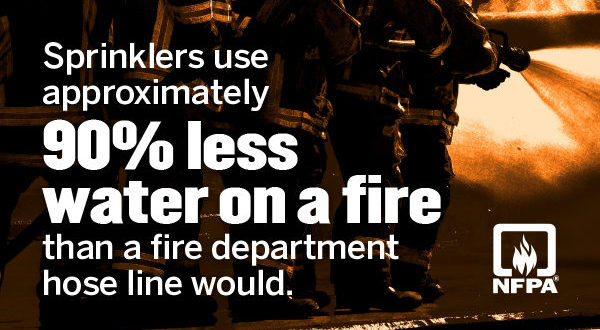 Earlier this year, a devastating fire ravaged a family’s home in Halifax, Nova Scotia. The fire broke out in the early morning hours, trapping and claiming the lives of all seven of the family’s children, aged 14 to three months. The father tried to go back into the home to save his children but, according to news reports, the home became fully engulfed in fire in a matter of minutes.

Tragedies like these underscore the reality of home fires today. The statistics are staggering: Every 24 seconds, a fire department responds to a fire somewhere in the United States. Approximately 80 percent of all U.S. fire deaths occur at home (a statistic that is eye-opening to many considering it is the place people often feel the safest). The National Fire Protection Association® (NFPA®) reports that if you experience a reported home fire today, you are more likely to die in it then you were in 1980.

The reason why is due to several factors, including the way homes are built and the contents in them. In a fire, unprotected lightweight construction materials, which are used in many modern homes, burn quicker and fail faster. Many of today’s homes are also made with synthetic materials—upholstery stuffed with combustible polyurethane foam, for example—that burn quicker than “legacy” furnishings made of leather, wool, and cotton. In addition, the large, open-concept floor plans in homes today can mean that a fire can spread more quickly. As a result of these factors, if a fire breaks out, it can become deadly in a matter of minutes. There’s less time to escape—as few as two minutes—which is down from seven to eight minutes a couple of decades ago.

Fire Prevention Week™, an annual campaign sponsored by National Fire Protection Association® (NFPA®), is an opportunity to educate the public about home fire safety with the goal of reducing loss. It’s an opportunity to act to influence a different outcome than the devastation that occurred in Halifax and affects too many homes across the country each and every day. It’s a chance to educate the public about steps they can take to make their households safer from fire and how to escape safely in the event of one.

The theme of this year’s Fire Prevention Week (taking place October 6-12) is “Not Every Hero Wears a Cape. Plan and Practice Your Escape™!” It is meant to encourage everyone to take the small, but important actions that can keep themselves and those around them safe from fire and can make a life-saving difference in a fire situation.

These steps include creating and practicing a home fire escape plan. Families make a map of each level of the home, showing all doors and windows. They should know at least two ways out of every room, usually a door and a window. They should establish a meeting place where everyone can meet after exiting. This meeting place should be one that everyone knows to go to in the event of a fire (like a tree, light pole, or mailbox) that’s a safe distance away from the home. Families should then practice the home fire escape plan at least twice a year with all members of the household.

A home escape plan also includes ensuring that detection systems are in place. Working smoke alarms should be in place on every level of the home, in every bedroom, and near all sleeping areas. They should be tested at least once a month and replaced when they are 10 years old.

Sprinklers are another key life-saving component to home fire safety. While smoke alarms alert you to the presence of danger and give you more time to escape, sprinklers are able to control and may even extinguish a fire in less time than it takes the fire department to arrive. In the case of the family in Halifax, their home, though relatively new, did not have residential sprinklers. This event refutes many of the myths that persist about sprinklers; there’s a misconception that new homes do not burn and that if you have a fire you will have time to escape. In the aftermath of the Halifax fire, fire officials and media stressed that home fire sprinklers would have made a difference and championed their use in order to prevent future catastrophes.

Whether it’s part of Fire Prevention Week or at other times during the year, it’s important that everyone in every community does their part to educate the public about these steps that can make a big difference when it comes to fire prevention and home fire safety. The Fire Prevention website—firepreventionweek.org—offers sample social media cards and posts, ready-to-use press releases, printable activities for Fire Prevention Week, as well as a host of evergreen safety tip sheets that can be used year-round. Fire Sprinkler Initiative (FSI), a project of NFPA, is another free resource; the FSI website —firesprinklerinitiative.org—offers free materials for sprinkler advocates to dispel common myths about home fire sprinklers and demonstrate the need for fire sprinklers in new, one- and two-family dwellings. The Fire Sprinkler Initiative also supports state- and province-based coalitions dedicated to advocating for home fire sprinklers. 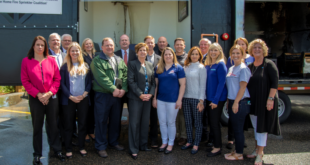