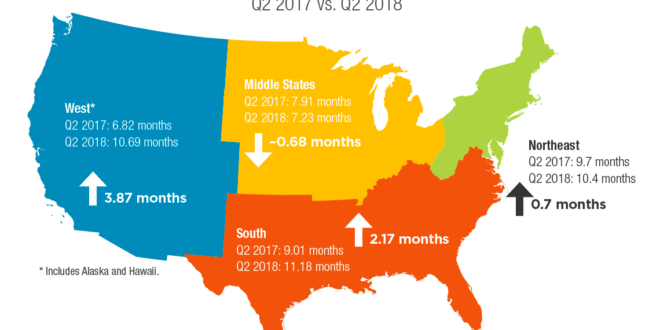 U.S. economic performance has been brilliant of late. Sure, a considerable volume of negativity has surrounded issues such as the propriety of tariffs and shifting immigration policy, but the headline statistics make it clear that domestic economic performance is solid.

Nowhere is this more evident than in the U.S. labor market. As of July, there were 6.94 million available jobs in America, an all-time high, and recent months have shown 11 job openings for every 10 unemployed Americans.

Theoretically, there is a job for everyone, though job growth has been far more rapid in the West and South than elsewhere. Among the 25 largest metropolitan areas, the fastest year-over-year job growth (August 2017 to August 2018) was recorded in Orlando, Florida (4.1 percent).

In September, the nation added another 134,000 net new jobs. That number came in a bit soft, probably because of storms impacting the Carolinas. The official rate of unemployment dipped to 3.7 percent in September (and remained at that level in October), the lowest rate since December 1969, when the United States was entering an 11-month recession.

As of now, few signs indicate a looming recession, though financial market volatility has returned. On October 10, the NASDAQ Composite slipped by more than 4 percent, the S&P 500 was off by roughly 3.3. percent and the Dow was down nearly 3.2 percent. Technical fundamentals (e.g., the 200-day moving average) suggested more selling pressure.

But these losses should be juxtaposed against prior gains. Don’t expect equity prices to rise indefinitely without interruption. Despite the October loss, the NASDAQ remained at levels observed in late May.

Moreover, recent market turbulence hasn’t been motivated by bad news, but rather by good news. The notion is that ongoing economic growth will create more inflationary pressures, which will translate into higher interest rates. Some of that already has occurred, and higher interest rates are often bad for stock prices, bonds, and real estate valuations.

The Conference Board’s Leading Economic Index (see Figure 1) continues to march higher, implying economic momentum will persist for at least another two to three quarters. Historically, when the values of variables embodied within the index shift unfavorably, the economy is set to experience a downturn. This is precisely the signal the LEI sent in August 2007, when it turned negative four months prior to the Great Recession’s onset. While there have been instances in which the LEI predicted a recession that did not transpire, its accuracy has been fairly on point during the past 50 years.

Other leading indicators, such as the Architecture Billings Index, paint a similarly upbeat picture. Like many diffusion indicators, any reading above 50 indicates that architects are busier in a given month than they were during the prior month.

The latest readings have been above 50 without exception. The index is thought to lead relevant construction activity by nine to 12 months, which implies that contractors will continue to encounter many bidding opportunities during the months ahead.

Similarly, Associated Builders and Contractors’ Construction Backlog Indicator (see Figure 2 at top of page) suggests that the amount of work under contract, but that has yet to be completed, is on the rise. In many categories and geographies, backlog established an all-time high during the second quarter.

Apart from leading indicators, several common-sense reasons suggest that the U.S. economic expansion will continue for several more quarters. At the top of the list is the fact that tax reform is still less than a year old. In other words, the impacts of tax cuts are just now being felt in the economy.

The Tax Cuts and Jobs Act, passed in December 2017, restructured income brackets, reduced personal income taxes for many Americans, shrank the C corporation tax rate to 21 percent and made it easier to repatriate profits earned abroad. Much of the coverage focused on changes to corporate filers or impacts on state and local tax deductions, overlooking some of the less flashy changes in the tax code.

For example, the new law increased from $500,000 to $1 million the amount a company can immediately expense for certain types of purchases. These changes provide more flexibility and resources for contractors when it comes to purchasing new equipment. Contractors that buy midsize and full-size pickup trucks for their businesses can write off the entire purchase as a result of the changes in the tax code.

While it still might be too early to see the impact of the tax law in any data released by official government agencies, other sources provide some insight. For example, as of this writing, year-to-date sales of Ford’s F-series of trucks, commonly used in the construction industry, were higher in 2018 compared to the same time period in 2017. This likely is a result of the overall strength of the economy coupled with advantageous changes built into the new tax code.

What’s more, despite a narrative fixated on tariffs and trade wars, global economic performance remains decent, which, all things being equal, is supportive of U.S. economic growth. The most recent forecast from the International Monetary Fund indicates that global economic growth in 2018 will be 3.7 percent, about the same as last year. While there are signs of growing stress in countries such as Argentina and Turkey, nations such as Canada, India, Australia, and Germany continue to report acceptable economic performances.

Earlier this year, it looked like America versus the world. But since that time, trade agreements have been signed with Mexico, South Korea, and Canada. Discussions with the European Union are ongoing. The situation with China remains unsettled, but at least fears of a global trade war have abated.

Industrial Production Surges Prior to 2014, a considerable amount of business investment was traceable to the oil and natural gas industry. But when those and other commodity prices slid lower in 2014, high-flying economies in North Dakota, Oklahoma, and Louisiana took a step back. Through 2015, industrial production slid even in the midst of a broader U.S. and global economic recovery.

But since early 2017, industrial production has more than bounced back. When asked what constrains them most, businesses in recent years have indicated that it’s regulations, not taxes. While many regulations remain in place, the way they are enforced has changed markedly, and this may have helped bolster industrial production.

However, there’s more to it than that. Oil prices stand at approximately $70/barrel in North America. Natural gas prices now easily exceed $3/million Btu. All of this has translated into a resurgence in energy-related investment and production.

Infrastructure Spending Climbs Another set of public policies are helping strengthen construction activity and the broader economy: public works. It used to be that the country’s infrastructure largely depended on what spending bills came out of Washington, DC, but that’s no longer the case. While a much-discussed federal infrastructure package has taken a legislative backseat, the recent economic expansion has helped pad state coffers.

According to the Pew Research Center, 34 states are taking in more tax revenue than they were prior to the Great Recession, even after accounting for inflation. For example, West Virginia closed the last fiscal year with a $36 million budget surplus, the first time in eight years (not counting surpluses created via budget cuts). Maryland, which experienced moderate job growth for much of 2018, ended the fiscal year with a surplus exceeding $500 million. Similarly, North Carolina ran a $440 million surplus.

These surpluses have caused some states to reinvest in their own roads and highways. For example, last year, North Carolina awarded $7 million in matching grants to help fund 14 short line railway projects, and the Maryland Transit Administration already has committed to spending $900 million during the next several years on its public transportation.

Rising property values, ongoing rapid job creation, and confident consumers translate into rising real estate values, as well as income and retail sales tax collections, which in turn creates additional resources to invest in infrastructure. That helps explain the chunky year-over-year spending increases in a number of primarily publicly financed categories: water supply (up 37 percent in August year over year), conservation and development (up 34 percent), transportation (up 23 percent) and highway/street (up 14 percent).

Inflation and Interest Rates on the Rise In economics, situations are seldom purely blissful. Economists have a unique ability to perceive good news amidst misery. Stronger economic growth has placed more pressure on input prices, including the cost of deploying human capital.

Amazon’s announcement that it would raise its minimum wage to $15 an hour illustrates that even the most powerful enterprises are having to work harder to attract and retain talent.

But wages are where cost pressures begin, not where they end. Other sources of inflation include fuel prices, borrowing costs, health care, tuition, apartment rents, home prices, food and, of course, construction materials. According to the most current data available, construction materials prices rose 7.4 percent on a year-ago basis in September.

Perhaps there are already indications that this is occurring. The global engineering and construction firm Fluor recently saw its stock price decline nearly 12 percent on a single day, in part because of downgraded revenue expectations.

Looking Ahead Despite an uncomfortable level of stock market volatility beginning in October 2018, the U.S. economic outlook for 2019 looks benign. Leading indicators remain upbeat. The tax reform that took effect this year will presumably produce additional positive business investment impacts in 2019. Consumer and business confidence remain elevated, and the global economy continues to expand. State and local government finances are improved in much of the country, which should continue to fuel spending on school construction, roads, bridges and other elements of the built environment.

Still, there is cause for concern. Evidence of overbuilding in certain markets is becoming more apparent as rents begin to dip, including in apartment markets such as Nashville, Tennessee and Portland, Oregon.

According to CBRE, office vacancy in Houston is becoming more common and rents are in decline. During the third quarter of 2018, the office market vacancy rate in Houston approached 19 percent. There are a number of other vulnerable markets, including high-flyers like Austin; Boston; New York; Seattle and Washington, DC, where construction levels have been nothing short of astonishing in recent years.

Contractors should be aware that recessions often follow within two years of the peak in confidence. In 1999, the U.S. economy was booming. That year, the economy expanded 4.8 percent. Within two years, the nation was in recession after the dot-com bust of 2000.

Similarly, the economy was humming in 2005, thanks largely to a red-hot housing market. That year, the U.S. economy expanded 3.5 percent, the last time it achieved the 3 percent threshold. The housing bubble burst in earnest during 2006’s first half, and by late 2007 the nation found itself in a very deep recession.

This is not to suggest that recession is necessarily coming in 2020 or 2021. But, contractors should be wary and remain vigilant with respect to cash flow management and balance sheet health during the year ahead. The average contractor is likely to be quite busy in 2019, but beyond that, the economic outlook is decidedly murky.

ABOUT THE AUTHOR: Anirban Basu is chairman and CEO of the Sage Policy Group and chief economist of Associated Builders and Contractors (ABC). For more information, visitabc.org/economics or email Basu at basu@abc.org.

Reprinted with permission from Construction Executive, December 2018, a publication of Associated Builders and Contractors. Copyright 2018. All rights reserved.